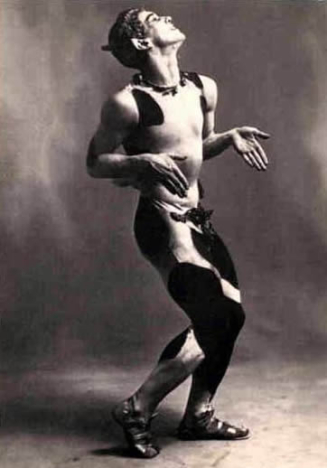 The retrospective exhibition of Vaslav Nijinsky is currently being held at Musee d’Orsay. Nijinsky is a Russian dancer who played an active part in the beginning of the last century. It’s not too much to say that he is a symbol of avant-garde dance. There’s no film archives of his legendary dance and his artistic credit has communicated to after ages through his fantastic photos and notes about choreography (though he didn’t leave a key to decode the notes before he died).

One of the most important works of Nijinsky ‘Prelude to the Afternoon of a Faun’ represents his strong individuality and himself. He was an artist beyond the field of a dancer.

On a weekend during the exhibition, Nijinsky’s choreography was reproduced and analyzed by a dancer of l’Opera de Paris. It was my dream for fifteen years to see ‘Prelude to the Afternoon of a Faun‘. However, the young dancer had a great humanity and was far from a nymph. Nijinsky’s image in my mind has been totally broken. As we can see his figures in hisphotos, he was a nymph that actually existed as if it was living in a fantasy. I wonder if it’s impossible to reproduce it by one dancer but Nijinsky?