In the next morning, numbers of designers and students mostly in 20s got together to another hall within the ‘palace’, and then Numer.00 started. 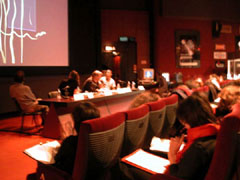 ‘In Paris, there was no place where we could have a relationship with creators, specialists and organizers in innovative interactive design. We would like to bring you an opportunity to communicate with them and to innovate interactive design as a certain genre’, Pierre Lavoie who was the Numer president and also the president of a French pioneer interactive design production, Hyptique commented about the significance of this conference. Different from other countries in Europe where a network of interactive design/art is being formed, France has had an original  interactive design community. In these years, many people in France have been seeking positively for more opportunities to touch directly the front scene and concept of the world. This might be the main reason because many young creators and designers got together to this event, though it was a conference. To come up with their expectations, excellent guests and local artists in the forefront of interactive design scene stepped onto the stage as speakers. 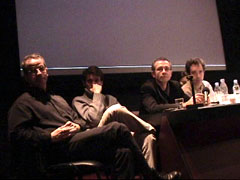 Each session categorized within exciting keywords such as ‘Aesthetics’, ‘Metaphor’, ‘Dynamics’, ‘Usage’, ‘Narrative’ and ‘Metadesign’ was interesting, but the field to speak was too huge and deep, and I had an impression that each session was something half-finished. It was natural because there were those who had numbers of necessary elements to realize interactive design as a genre. 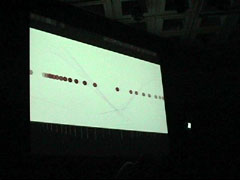 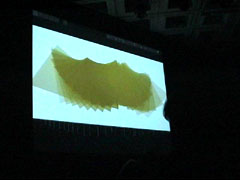 Like Daljit Singh from Digit London who attracted lots of attentions for the MTV Europe2 web site presented their web projects and their functions that they’ve created, or like Etienne Auger who has created lots of culture contents such as the piece that presents the history of electronic music in France presented the interface and content design using CD-ROM, most of speakers could only present the examples of their works.