Another day, same district, with my friend Lisa, we decide to go to Louise Weiss street, just behind the Library. On that street, built a few years ago, there are some ventures and cafes that make their business but there are also five contemporary art galleries, that have settled down and program their exhibitions at the same time, in order to be more efficient in the art market.

Yvan Salomone, at Gallery Praz-Delavallade, shows some of his 351 watercoloured paintings: landscape of deserted docks, harbors abandoned… At Gallery Jennifer Flay, “Body Beautiffull” is an exhibition that presents works of several artists (John Coplans, Michel Francois, Seydou Keita…) who have worked about the body, its expression and its posture. 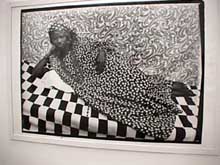 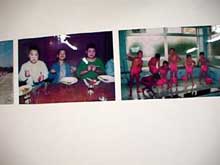 At Gallery Almine Rech , we see photography about the act of taking pictures from three young Japanese artists: Sakiko Nomura, Momoyo Torimitsu and Shizuka Yokomizo. These works are interesting but a little bit classical in form. Nevertheless, they are the mark of the presence of Japanese art in not just France, but also in Europe, with artists as famous as Mariko Mori, Miwa Yanagi or Dumb Type. 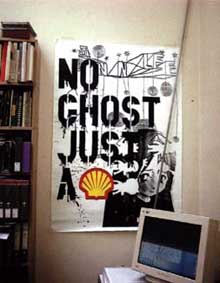 Representative of this yearning for Nippon culture, we find in Gallery “Air de Paris” a 3D animation movie, presenting a manga character, Ann Lee, whose the French artist Phillipe Parreno, has bought the copyright. In several short movies, the artist plays to create his virtual character a history, a psychology, a personality and a discourse.

The two last galleries present less interesting things. I decide to go to the National Center for Contemporary Arts, near the Chatelet, in the deep center of Paris. On the way, I stop at the Gallery Agnes b., belonging to the fashion designer of the same name. 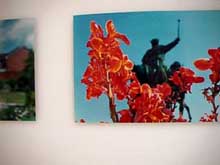 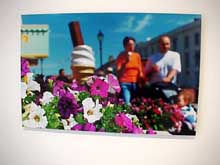 This is a very pleasant gallery, large and calm, and the program is usually of good quality. Martin Parr, the British artist, exposes two different works. The first one is a serial of funny self-portraits made on some vacation spots (more than 100). The second one, aesthetically beautiful, is a serial of flower pictures, whose frame is focused not only on the flower but also on its background a very sunny work to forget the weather.