After three years on stand-by, Flow Festival in Helsinki kicked off again August 12th – 14th with an international line up – including Gorillaz, Nick Cave & The Bad Seeds, Florence + The Machine, Michael Kiwanuka, Marcel Dettmann, and many more – eager to reconnect with their audience. 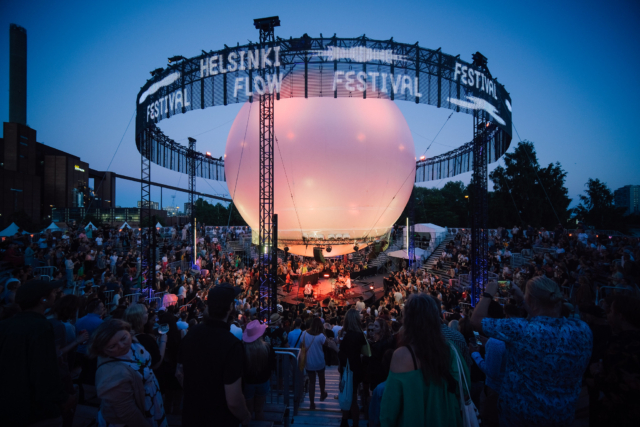 Furthermore, different art exhibitions around Helsinki were hosted at the time and The Other Sound X Sun Effects stage launched a bill of experimental contemporary music composers generally less accessible to mainstream audiences. In collaboration with My Helsinki the festival provided some tours to discover some of the gems in town with a boat trip in the Archipelago, the University of the Arts Helsinki, and Tree of Codes, a group exhibition between choreographer Wayne McGregor, visual artist Olafur Eliasson, and composer Jamie XX, who also performed at Flow. This year the festival, which is located at the Suvilahti power plant in the heart of Helsinki achieved a record for attendance with 90,000 people, confirming people’s hunger for more live shows and their love for the arts. 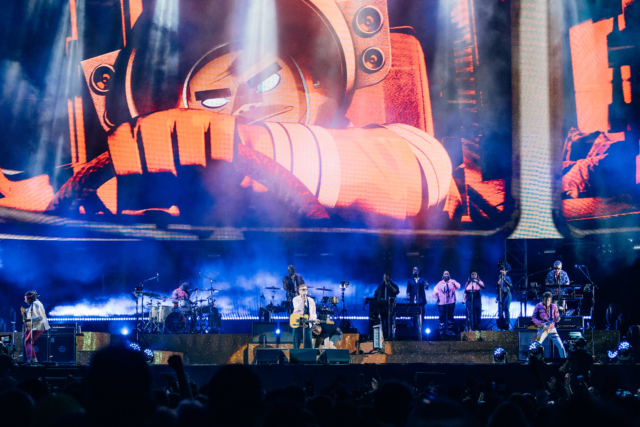 Arguably, Gorillaz was the band that created the most hype for their headlining performance on the main stage on the festival’s first night. Over 50,000 people attended Damon Albarn‘s band’s set on a sold-out Friday night. Far from their original concept of playing in selected venues behind a screen where the popular animated characters of visual artist Jamie Hewlett were taking over the stage, today Gorillaz is a full ensemble playing everywhere this summer. No longer featuring the members of The Clash, legendary Paul Simonon and Mick Jones, but they are still a fantastic group of musicians, and for sure every single Hewlett’s character joined the party on the big screens dominating the monster main stage. There were several live guest appearances including American rapper Freddie Gibbs – who was billed at the festival – joined to sing Clint Eastwood. Mr Albarn, enjoyed himself on the piano, especially when he covered his face with a humongous pair of pink star-shaped rubber glasses to play the piano in The Pink Phantom, whose studio recording featured Elton John himself singing and playing the piano.