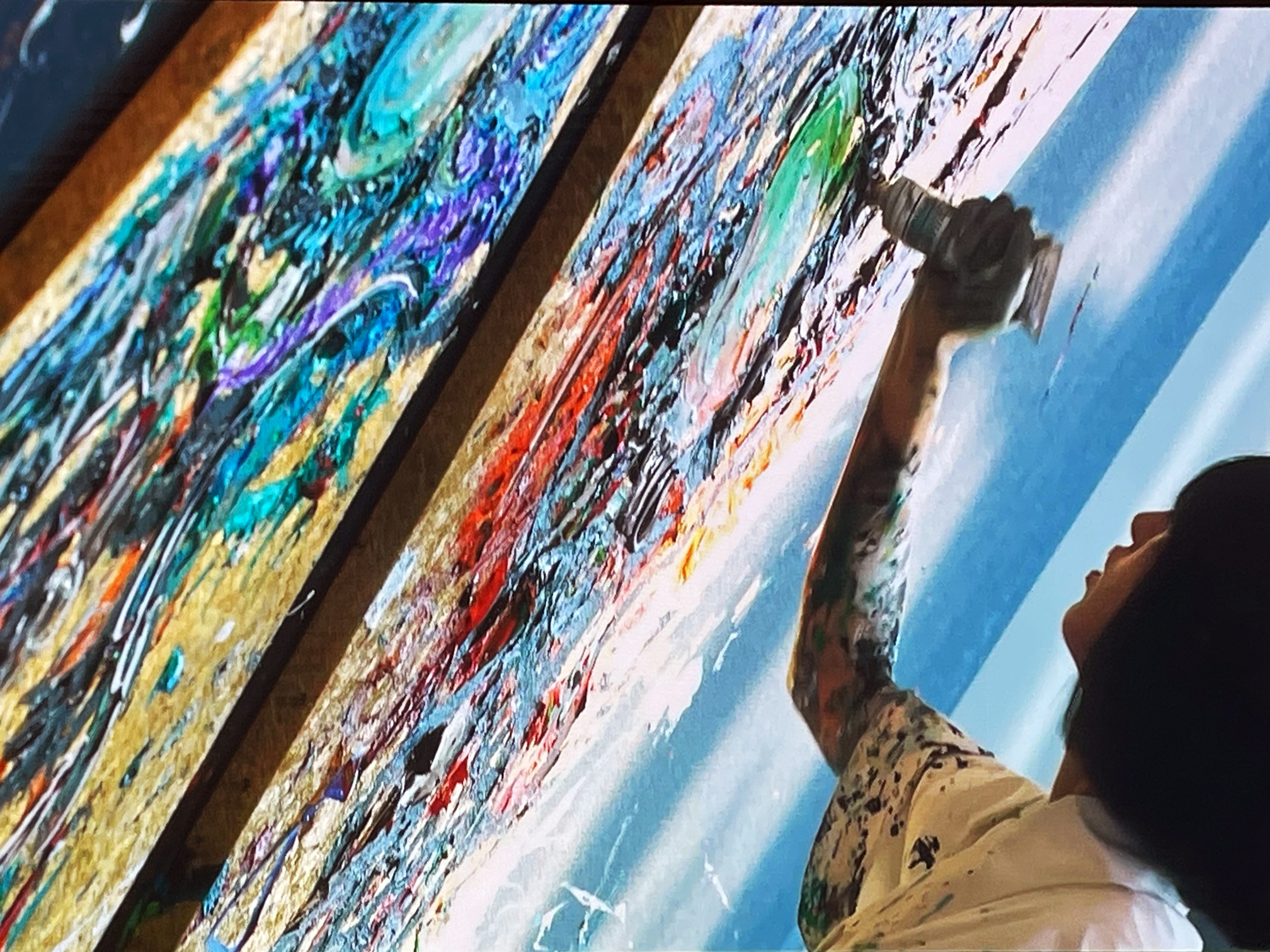 From a video of Miwa Komatsu working at Sanbo-in Temple in Koyasan.

After a break for lunch, the afternoon session began with the screening of a video of contemporary artist Miwa Komatsu‘s work “NEXT MANDALA – Home of Soul” at the Sanbo-in Temple in Koyasan’s separate headquarters and at the Dragon Gate Conference Hall at Digital Garage, the venue for the event. After that, the artist herself appeared on stage and did a live painting to put her soul into the work, and then talked about her attitude towards the creation of this work and the message she put into it. 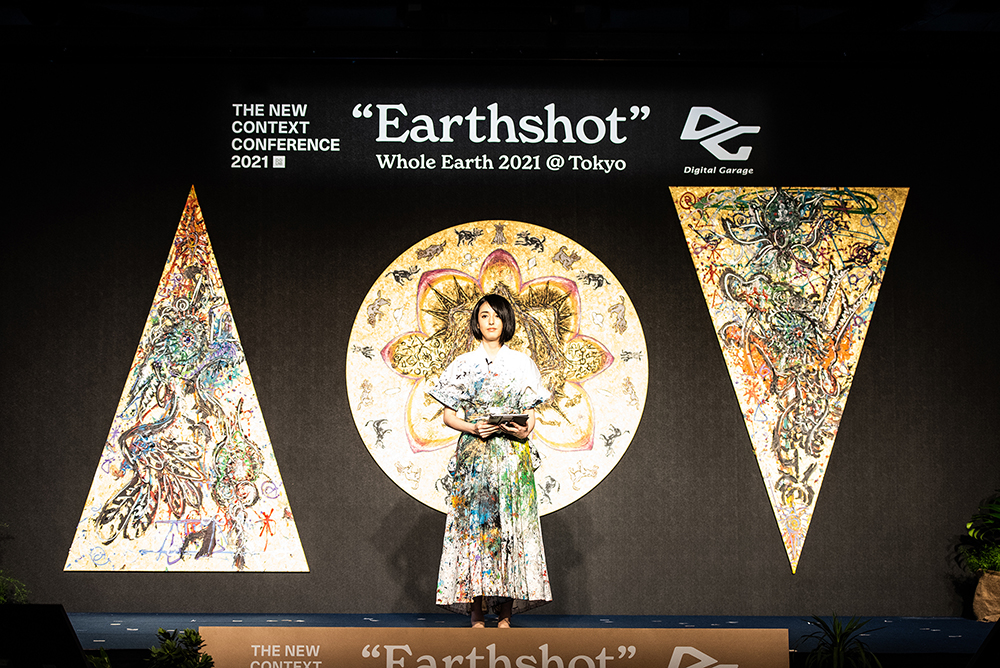 Komatsu says that live painting is a ritual (an act of prayer). She meditates, becomes nothing, receives messages from nature, and paints. Her representative work, “Area 21,” which gives a bird’s eye view of the earth, is the culmination of the fusion of nature and herself, and was completed using the energy from the universe as a medium. The work she has created this time also encompasses “Area 21” and depicts a bird’s eye view of the earth from further away. She said that her role in this painting was to convey the message from “Great Acceleration” to “Great Harmonization,” and that she was just like a modern shaman. 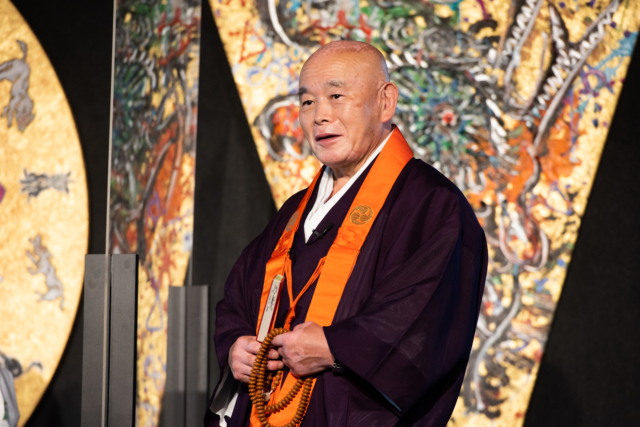 In the artist’s talk that followed, Zenryu Hidaka (Head priest of Toji Temple) also took the stage as a guest. Kaoru Hayashi (Representative Director, President Executive Officer and Group CEO, Digital Garage, Inc.) spoke about his thoughts and motivation for commissioning the work. The concept of the age of great harmony will be a wonderful message for the world in the future,” said Zenryu Hidaka.

Koyasan, with a history of 1,200 years and known as a World Heritage Site, is one of the holy places in Japanese Buddhism, which was established by Kobo-Daishi Kukai as a place to practice Zen meditation. Koyasan is called to be a “Issan precincts”, and the entire area of Koyasan is considered to be the precinct of the temple, which has preserved its history by maintaining continuity while constantly changing with the times, in harmony with nature. There are things in Japan that should not be lost. It is well known that Steve Jobs was also devoted to Zen. Perhaps the key to sustainability and a sustainable world lies in Koyasan.