The screen shows the people from the Basque Country in Spain, where Mr. Shizuno repeatedly visits and deepens his friendship. In this city, which is said to be the best gastronomic city in the world, residents share not only recipes but also a vision for the future and raise the level of the entire city. 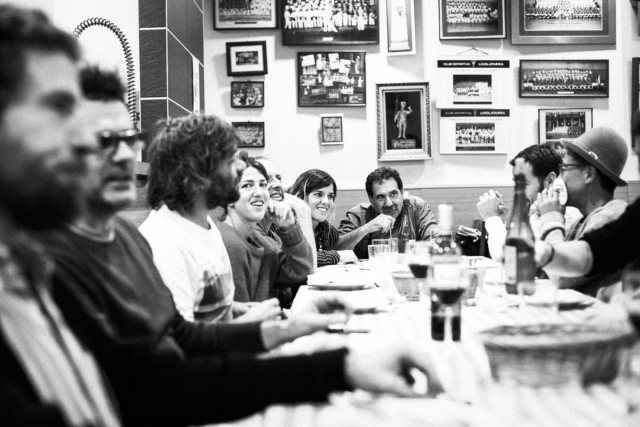 The ideas of sharing delicious food, fun things and good ideas to enhance each other should be an instinctive behavior that human beings originally have, not just people from Basque. When the smiles of people all over the world were projected on the screen, the music rang like a fanfare to hope, and audiences naturally applauded.

UA sitting on the stage performs a cappella the famous song “Mizuiro” as if decorating the epilogue. The singing voice warmly wrapped the venue, and the performance ended. 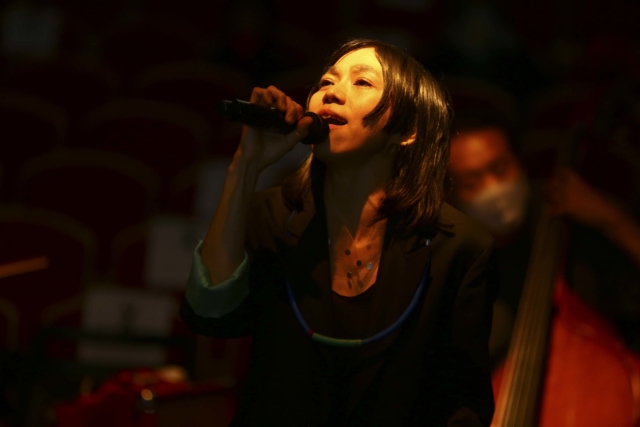 This performance was studded with hints to address such questions, where we come from and what we should do on this planet? When people face into the vision which the harmony between the appearance of people all over the world playing, gathering and laughing on the ground, and the beat and music that have been reincarnated since ancient times.

People can continue traveling with friends, get to know various people and cultures and live affluently while respecting nature. By doing so, various expressions can be created and smiles naturally appear on people’s faces. The pure expression by CC, who practices “Play with the Earth” by themself, remained in the deep part of my heart.

In 2020 when various ‘normal’ things are collapsing, social issues, how to deal with the global environment and people’s values are beginning to change. Now that the earth is at a major turning point, there is much to be learned from those pioneers.