The video of a dolphin swimming freely in the sea was mixed with the gentle guitar tone played by THG (Thoshizo Shiraishi), and the emotional atmosphere surrounded the venue. 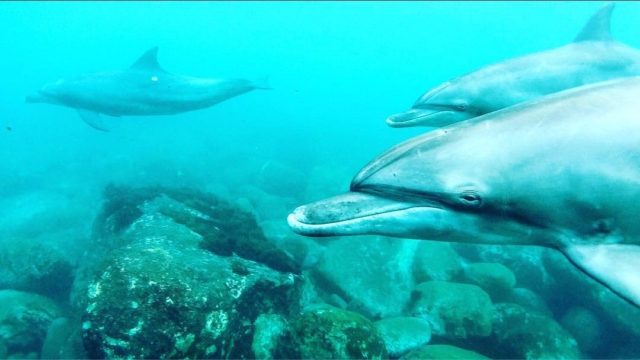 While the front view of musicians couldn’t be seen from the audiences’ seats on the day, their serious faces looking at the screen while spinning the sound was recorded in the live streaming video. I was impressed to think that their technique and sense of developing sound according to the intonation of the video helped to show the two-dimensional image into three-dimensional expression. 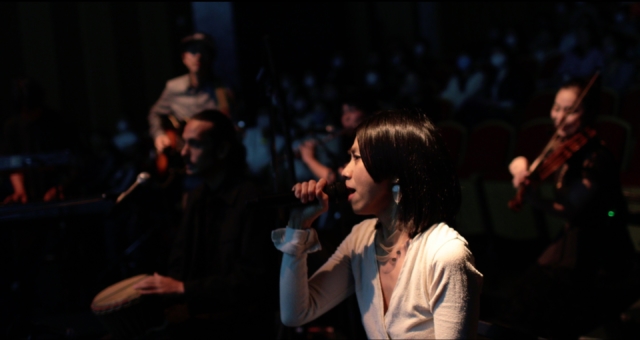 UA sings a song called “ISLAND LION” along with the video that captures people and the magnificent natural scenery both in Japan and foreign countries, such as Canada, Portugal, Peru, Vietnam, Okinawa and Shirakawa-go in Japan. The composer of this song, Rachael Dadd, is a singer-songwriter based in the magnificent Cheddar Gorge near Bristol and Onomichi where people can overlook the Seto Inland Sea. She includes social messages on a beautiful and lovely melody in her own songs and attracts attention from all over the world. This song, written specially for UA by Dadd who lives a life surrounded by magnificent nature, has beautiful polyrhythms and various melodies. UA’s gentle singing voice brought out the beauty and the power that this song carries.