Kid Koala, a world famous DJ and music producer/composer, and an art director K.K. Barret known for having worked on numerous films and has been nominated with the film “Her”, held a multimedia puppet show called Nufonia Must Fall on January 18th and 19th at Shibuya Cultural Owada Sakura Hall in Tokyo. 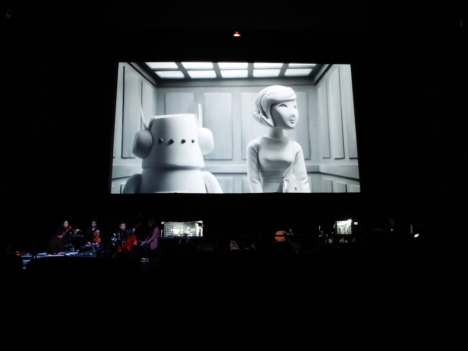 As Kid Koala is a graphic novelist too, this show was based on one of his work with the same title. This work has been performed around the world since it was first time premired in Canada in 2014 and finally shown for the first time in Japan. 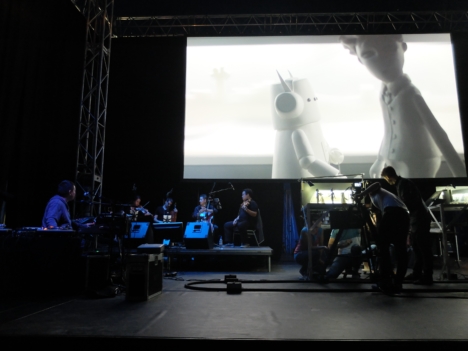 The story is developed with 20 miniature stages and 70 string puppets on the stage. This is an innovative live experience where play, filming, editing, djing, piano, and string quartet elements are combined and unfolded in real time by 15 performars on the spot.