At the 30th Stockholm International Film Festival once again the female presence continues making a difference showing the festival’s efforts pushing for equality in the film industry. French female film director Céline Sciamma was the recipient of the Stockholm Visionary Award, and one of the all-time greats American actress Rosanna Arquette received the Stockholm Achievement Award for her commitment in the #metoo movement and her activist spirit. Also young Russian filmmaker Kantemir Balagov won the Impact Award – whose winner receives a $100,000 cash prize – for his second feature film Beanpole (2019), which tells the story of the WWII’s aftermath from the point of view of the women living in Leningrad at the time. 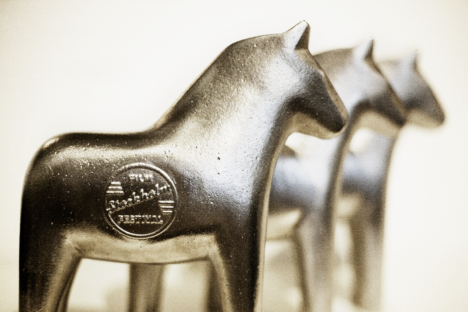 Also French-Senegal film director Mati Diop, who is the first black woman in history to be included at the Cannes Festival’s Competition section this year and was the Grand Prix winner for her first full-length Atlantics (2019). Ema (2019) of Chilean film director Pablo Larraín – it tells the story of a young couple who fails the adoption of a child, with up-and-coming actress Mariana Di Girolamo portraying a young girl representing a new generation in disagreement with the current politic and social status in Chile – also screened at the festival. Marriage Story (2019) by American film director Noah Baumbach premiered at the festival as well. Film director Melina León, whose movie Song Without a Name (2019) was awarded the prestigious Bronze Horse for Best Film and Best Cinematography, and Mark Jenkin was awarded Best Director for Bait (2019).

About 150 premieres from over 60 different countries, here is some highlights from what we watched this year.

Monos (2019) by Colombian film director Alejandro Landes is a very intense approach to a gang of kids who as a part of some group of commandos take care of a hostage prisoner of war in meddle of nowhere in Colombia. The movie was premiered at Sundance Festival where acquired World Cinema Dramatic Special Jury Award. Beautifully filmed, the film has been selected as the official Colombian entry for the Best International Feature Film at the 92nd Academy Awards. Mica Levis music is mind-blowing and pushing the envelope but her best work transcendent the film.

It is not that usual to see how a young film director manages a film production so nicely. Furthermore, the movie stresses the contrast between the toughness of the WWII aftermath with the poetic and beautiful sensibilities of Balagov as a film director. He studied at his hometown Kabardino-Balkar University and whose mentor Alexander Sokurov is one of the most important film directors in contemporary Soviet film making. He didn’t want to tell yet another story about Soviet post-war but to find a different approach, from the point of view of female sacrifice. This movie is inspired by the book Unwomanly Face of War written by Svetlana Alexievich who won the Nobel Prize of Literature in 2015 for it.