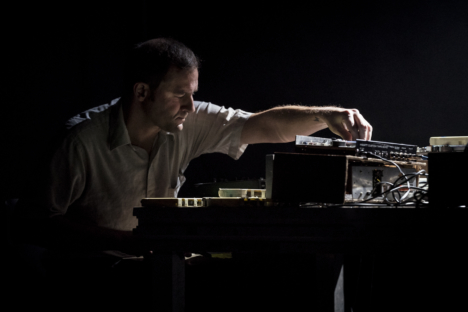 The night continued with Manonmars featuring duo O$VMV$M – they are all members of the Bristol-based collective Young Echo. Despite Richardson moving to London, he keeps collaborating with producer duo Amos Childs (Jabu) and Sam Barrett, AKA Neek, who performed at Glastonbury this year. 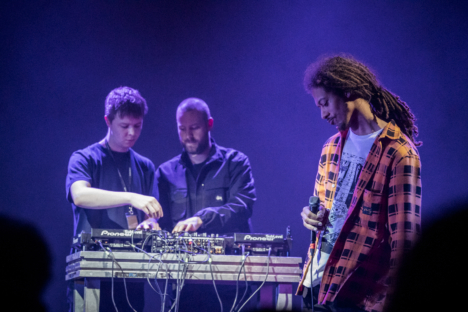 They define their sounds as smoked-out ambient, which together with Richardson’s dark approach to the classic swagger that nods to current rap styles but a greater poetic style of observation – “I’m having fun in this festival. We are delighted to be here. It is cool. Our flight was a little bit delayed so, unfortunately, we didn’t get to see everything but so far so good. The venue is very interesting, I like how they are still remittances of how it used to be before it was refurnished. Tonight, we presented some tracks from the project we released together Manonmars and O$VMV$M last year, but we got some other music to share as well,” explained Mr. Richardson. 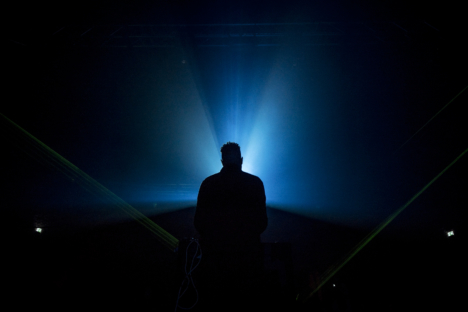 Another British act followed. The London-based project patten – an artist of the Shape platform – is renewed for his hi-tech, immersive A/V shows and multi-platform approach, and whose new album is out via his own new label 555-5555 – after publishing EPs and LPs with Warp in 2017. His show didn’t disappoint. A complete set for an A/V experience combining moving laser beams with film work. “Everything is being triggered live by hand, and nothing is directly synced to the audio – all small modules and layers in the live system I built. The Shape Platform run of shows has been cool. The timing with Flex, the new album, coming out was perfect. This show was crazy. Sick production team and up-for-it crowd. All the sets were all-time, from Alvin Lucier to Lucy Railton, Terrence Dixon to Manonmars. Epic programming. It was a special one for sure”, patten concluded.