Masashi Hirao, a heretical Bonsai master, who continues to create Bonsai that overturns common sense while carrying improvised performances, gains appreciation from both Japan and overseas. While inheriting Japanese traditional culture, he actively conducts cultural exchanges around the world to convey the new charm of Bonsai. At DESIGNART TOKYO 2019 to be held in late October this year, his artworks will be exhibited at the kolor Minamiaoyama store. 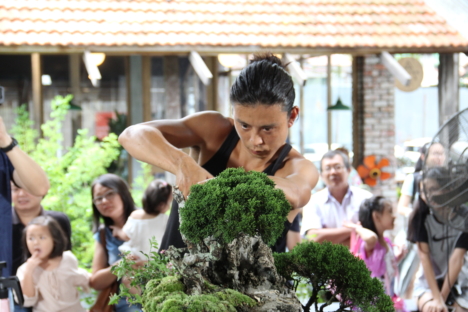 I am Masashi Hirao, an owner of Bonsai garden Seisho-en.
I was born in Tokushima in 1981. When I was at University, I visited Tofuku-ji Temple Hojo Gardens (currently Honbo Garden) where I was very impressed with and aspired to inherit this Japanese culture. Therefore, after graduated from the University, I entered Kato Mansei-en, where I learned about Bonsai from the Bonsai-master, Saburo Kato.
After becoming independent, I met various people and Bonsai in many different countries, and started to introduce new ideas and Bonsai in Japan. I opened Seisho-en in 2016 in Saitama City. Currently, this is my base, and I do Bonsai performances, workshops, space design and lecturings to spread Bonsai culture and foster successors.

Master Saburo Kato is known as a world-renowned Bonsai leader, but what would have influenced you?

During the period of apprenticeship, I didn’t know exactly how much respect Saburo Kato receives in the Bonsai world. When he passed away and I started to challenge overseas, I realized that everyone knew and show the respects to Saburo Kato no matter where I talked about him. I was sincerely amazed at the achievements left by him, but at same time, I felt that I wanted to surpass him by a different way. He is a person who created and developed the Japanese Bonsai industry. However, during my apprenticeship, when I talked with him that the Bonsai industry was heading in the wrong direction, it became a serious fight. At that time, I remember saying that I will change this industry in my own way. To be honest, since I was able to express all my thoughts to him, I still feel that I am being responsible to my own words and working on my activities. 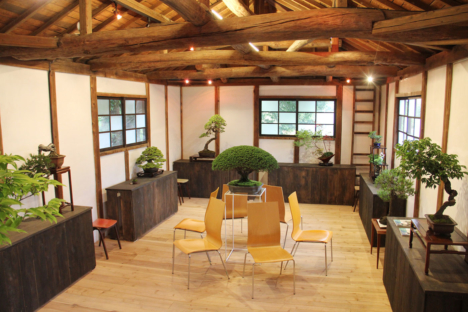 Please tell us about Seisho-en.

Seisho-en is not only a “lab” for making Bonsai, but it is also packed with things that I like while I go around the world. For example, in Japan, people tend to think that Bonsai gardens have a high threshold, but for workshops that I saw in overseas, everyone brings sake and enjoy their time together. Participating in the workshop means that people are spending their valuable time for this. Therefore, I wanted to make such a fun and relaxing space so I built a bar and placed a benches in the Bonsai garden. Occasionally we have events at the Bonsai Garden, and not only people who have never created Bonsai, but also people who have never seen it come out to the events. If they look at Bonsai in the fun space, the impression of Bonsai will improve, and participants will become senders.

When it comes to live performances, it feels that I receive a similar reaction. However, for Bonsai, Japanese people first ask “age of a tree” and “price” and give me an impression that they numerically evaluate. On the other hand, overseas people must first evaluate it as “beautiful” and then ask “age of a tree.”