With the title “May You Live in Interesting Times”, the curator of the 58th Venice Biennale brought the reflection on contemporary issues, technological upheaval (the role of the machine, artificial intelligence, and virtual existence), and environmental and social disorders. This title recall a saying invented in England, which has been incorrectly cited for a long time as a Chinese proverb to allude to periods of uncertainty and crisis.

These interesting times, “seem to be with us once again”, says the curator Ralph Rugoff. The Exhibition “will not have a theme per se, but will highlight a general approach to making art and a view of art’s social function as embracing both pleasure and critical thinking”. Far from establishing a theme, the Biennale “will focus on the work of artists who challenge existing habits of thought and open up our readings of objects and images, gestures and situations.”

Ralph Rugoff took the decision to approach theses complex issues by presenting living artists of different nationalities whose works, produced between 1960 and nowadays, are at once presented in the Central Pavilion at the Giardini and at the Arsenale. The 79 invited artists show in each of these venues, presenting different works of art and displaying the multiple and complex character of the artistic production, with the aim of enhancing alternative perspectives. 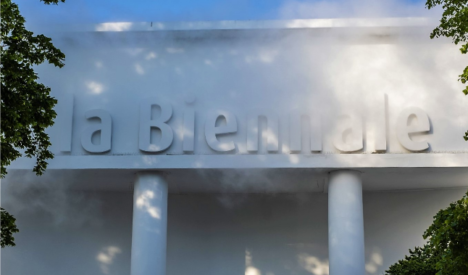 View of the Central Pavilion at the Giardini, Lara Favaretto, Thinking Head (2018)

At the entrance of the Central Pavilion of the Giardini, the dense artificial fog of the Italian artist Lara Favaretto envelops the entire building evoking loss and deception, the partial concealment of reality.

Moving from a room to another of the main exhibition, the works and installations of the artists, although touching different themes, create a coherent perspective on the political, environmental, identity and gender issues that dominate the contemporaneity.
The powerful paintings of the artist Nicole Eisenman evoke a reality permeated by distorted images, rich in objects and symbols of contemporary everyday life.

Arthur Jafa (winner of the Golden Lion Prize) in his video “White Album” (2019), created with materials of all kinds (web, TV, photos, videos) deliberately “anti-aesthetic”, shows two opposing universes, the black one and white one, from the clashes in the cities to the massacre of the white supremacist Dylann Roof.

The representation of the female black body is explored in the collages of Frida Orupabo, in which she brings together pieces of random images to recreate dolls that embody colonial violence and gender, ethnicity and identity issues. The artists Teresa Margolles denounce the violence, the disappearance and the murders of women in the city Ciudad Juárez in Mexico through touching installations (fragment of walls or glasses that vibrate with the sound of trains, covered with photographs of disappeared women). 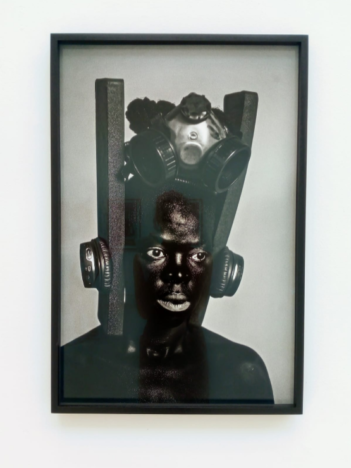 Between the artists using photography as medium, we would mention Rula Halawani’s pictures of Palestina in which she searches for her childhood places “For My Father” (2015) now destroyed by the war, leaving a sense of melancholy, nausea, estrangement. Or the Japanese artist Mari Katayama who portrays herself in photographs where her illness becomes a celebration of the beauties of the body. Subject of his own photo shoots is also the visual activist Zanele Muholi, who in “Somnyama Ngonyama, Hail the Dark Lioness” (2012-in progress), creates a series of self-portraits in which she exaggerates the black tones of the pictures as a kind of claim. 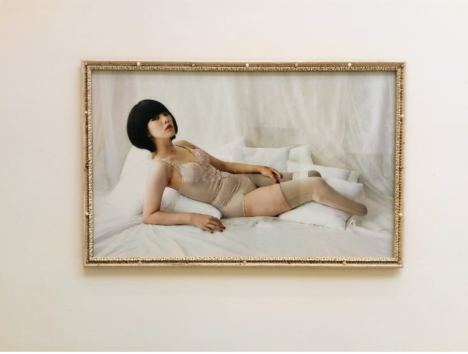 The Nigerian artist Njideka Akunyili Crosby in her densely layered figurative compositions focuses on interiors and on daily scenes, showing in the paintings areas characterized by photo-collages created with images from Nigerian pop culture and politics, but also occidental pop culture. Her paintings are therefore complex, with the aim to contrast the banalization of the African experience or the diaspora.

With these works, the aesthetic and political issues of this biennial are placed in a formal way, without declarative text because the titles and the works are a statement as such.