The 20th Japan Media Arts Festival held by Agency for Cultural Affairs, Government of Japan take place, entries reflecting media arts are received from around the world, and this year’s award winners were announced. Shift was thrilled to speak with Michiko Tsuda, the sole Japanese winner of the New Face Award in the Art Division with her media installation using frames, mirrors and imaging equipment. Visitors to the installation could walk around inside it, and it was evaluated as showing “deep thinking, a sense of tension and an expressive freshness.” We caught up with her to discuss her award winning artwork, her creative activities up to now and try to catch a glimpse into her mind. 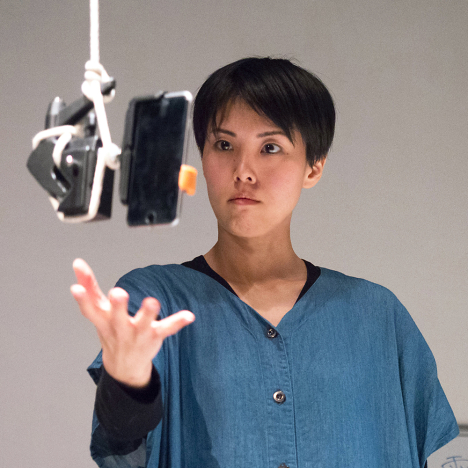 My name is Michiko Tsuda. I am an artist who produces projected videos with properties of images, installations and performance set pieces.

In 2013 you graduated with a PhD in Film and New Media Studies at the Tokyo National University of the Arts with your dissertation on ‘An Experimental Project on How to Orientate the ‘Subject’ and ‘Object’ in the Visual Media.’ What triggered your interest in this?

My PhD addressed the “existence of the viewer and cameras” and “reflection,” to me it was a good opportunity to organize and analyze the background behind production. At that time I had a deep interest in changing the mode of what we can call the viewer, and using art materials like frames, mirrors and video. Even a tiny change on the screen can shift one’s perspective and also how we notice things outside the screen, and so then it becomes possible to see what hadn’t been seen up to that point.

So, my thesis incorporated a “method for analyzing what happens when we look at something” and I thought that artwork and my thesis would create a complimentary interesting relationship. In a sentence, I attempted to analyze the subject when shooting, and the subject and object when viewing images or video. 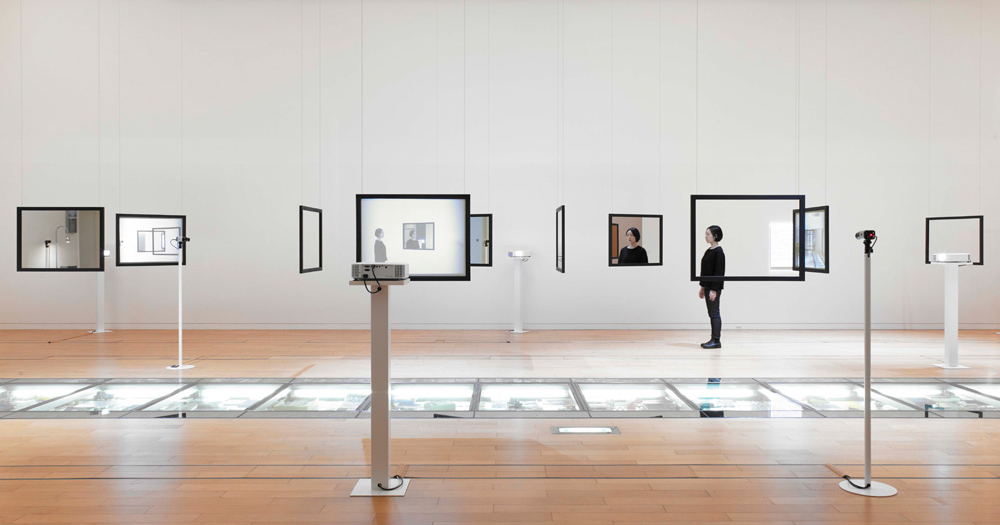 At the 20th Japan Media Arts Festival held by Agency for Cultural Affairs, Government of Japan you are the only Japanese winner of the New Face Award in the Art Division with your media installation “You would come back there to see me again the following day.” What kind of art is this? The title as well is quite impressive.

It is an installation work using picture devices such as frames, mirrors and video cameras. I hung up a number of frames that had the same shape, and then in different frames you might have a mirror, or the sky or a projected image, and viewers were invited to walk around inside the installation. They would discover themselves being reflected in unexpected places. As they would not intuitively understand why their image was appearing over here or there, they would be conscious of the fact that they were being watched and would walk over to check what was occurring in those places.

The title is related to the material in my paper, in English grammatically we would say “She said, ‘I am here’” as a translation for 彼女は言った、「私はここにいる」and “She told me that she was there” for 「彼女はそこにいたと、私に言った」, so as you can see, the subject has changed in these quotes. I was thinking that a subject change might also be occurring when we watch something like this visually on a screen. I realized that in the work that I was trying to do, something similar was taking place, for example capturing a quote visually in a frame of a film and feeling empathy with the film’s character, while immersing oneself into the event taking place, and thinking about entering into that quote.

It depends on the state of the viewer, but cutting something from within the frame and looking at it, or looking and supposing that there is a connection between what is inside and outside of the frame may change whether we are looking by what we can call direct speech or indirect speech. In reality, as one sentence transforms half-way through, then by the context of one’s own direct speech the sentence of a title can change, so with words like ‘you’ (あなた) or ‘there’（そこ）it’s unclear what they are referring to.