An American country style doll house “Sylvanian Families” being as a gallery, 12 artists and collectives exhibit there, featuring artists’ subjects to form a miniatures imaginary exhibition. “Sylvanian Families Biennale 2017” was held from January 22nd to February 19th at XYZ Collective in Tokyo. 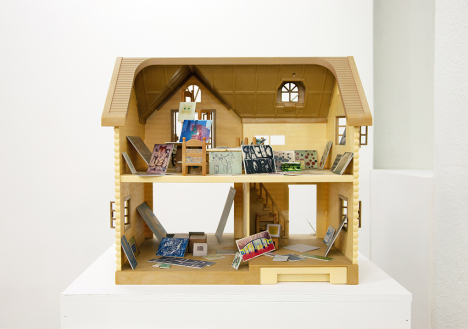 In the doll house, Hirofumi Isoya’s “Clear Visions” places 70 artworks including “Clear Vision” by Bruce Naumann that are currently stolen where they are unknown in the world, based on the data of the National Stolen Art File (NSAF) in the United States. 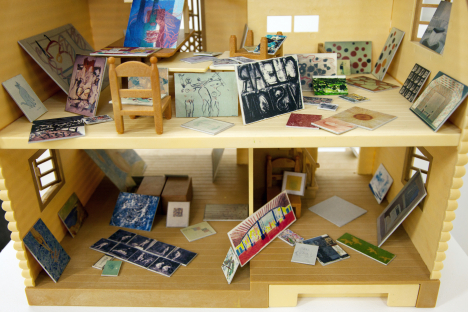 In this work, the act of “stealing” is expressed. It is a dreamlike exhibition which is impossible at present, but the contrast among the exhibits of crime and displays of evidences and the pastoral Sylvanian’s houses have created a strange atmosphere. 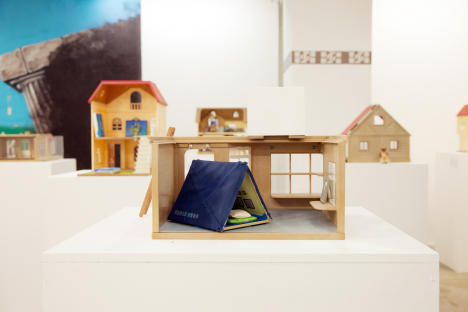 In Kenji Ide’s “Robert’s box, Tracy’s tent and Ameya’s white cube”, Robert Morris’s “Untitled (box for Standing)”, Norimizu Ameya’s “A part of Ameya Norimizu exhibition Vanishing point” and Tracey Emin “Everyone I Have Ever Slept with 1963-1995”, are arranging the chilly delusions that each of them has sprinkled parallel to the house of Sylvanian.