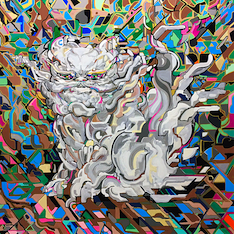 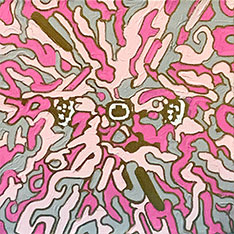 SHUUN EXHIBITION “ELEMENTS”
Clark Gallery + SHIFT will present the solo exhibition by SHUUN on April 4th. He is an artist whose paintings are inspired by the concept of creatures hiding in usual and unusual world. It shows about 20 acrylic and digital paintings including his popular series “Mojamoja” and its main new artwork which is entitled, “Element”

MEDITATIONS 3
From Shimmering Moods Records in Amsterdam, the third electronic music compilation album “Meditations” was released. It includes, “One Year War” by YAMAOKA from Hokkaido and collaboration tracks with Purl from Sweden. 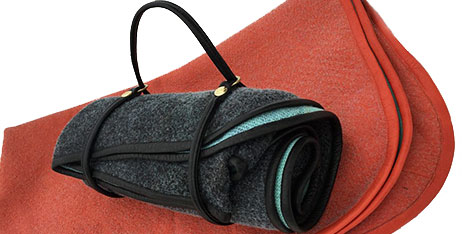 24K「LEXUS NEW TAKUMI PROJECT」
The LEXUS project chose 52 young expert talents from 47 prefectures nationwide, and supported their creative hand crafts which fly from the local to the world. The product Kiriko Takase (24K), completed by the experts from Hokkaido, is a blanket with a new method finish called needle processing, makes a full use of the characteristics of the Hokkaido deer leather.

CHISATO SHINYA “CASTANET-CHAN PICTURE BOOK”
Chisato Shinya drew the picture of the picture book “Castanet’s Sagashimono (What Castanet’s looking for)” in celebration of the 20th anniversary of “castanet“, the shop that sells original items like yellow bear goods, clothes, and others. The picture book was released on a limited number of 100 books only. Its story was made by the shop owner Junko Nasu. The original painting exhibition has been held at the store since March 7th until April 9th. 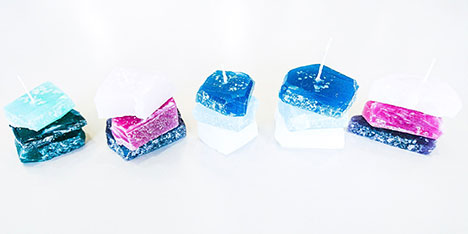