On 11th February, a “Make Smile Artist” Miwonderful’s “Makeup Restaurant” which directed by author (Clark Gallery + SHIFT), was held at a private room of restaurant “1212” in Santa Monica, Los Angeles. This event held for the 3rd time but the 1st time in overseas, after hosting in Sapporo where she born, and Tokyo where she is based now. 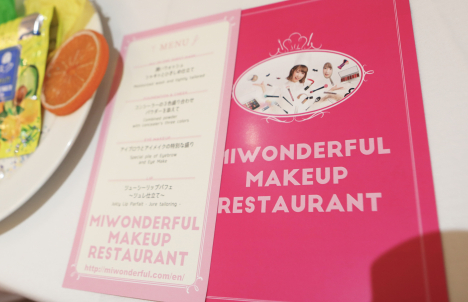 Los Angeles has a gorgeous atmosphere ahead of the announcement of the Grammy Awards in Hollywood the next day. Santa Monica, where the venue is located, is closed to Hollywood as one of America’s leading resort areas. On the day, the restaurant located on the promenade at Santa Monica where it was full of people and participants get higher expectations for the event. 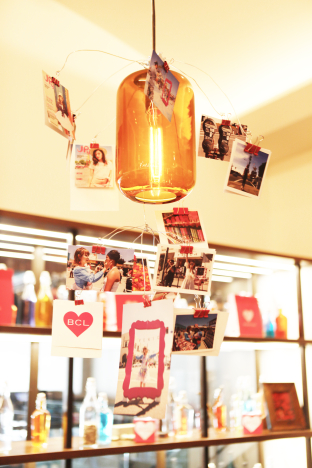 This event was a part of the 10th anniversary events of a popular girls’ cultural magazine “JPy” in LA. Venue special decoration is produced by a local artist “DISM” for the event. A photograph taken by a Japanese photographer “MICA” who also the JPy photographer, was also exhibited. Among them is the cover of JPy that she has worked on until now. 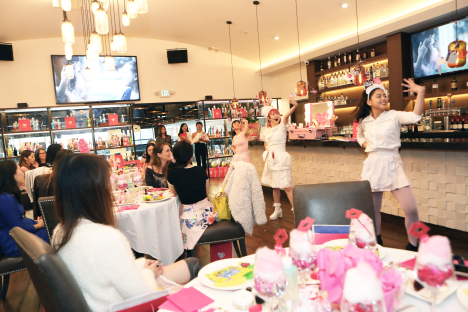 The event started with her original song “MAKE IT TOMORROW”. Miwonderful and dancers behind appeared from “Pink Flame” as a her icon, then she sang and danced. It drove visitors to their own view of the world. A great cheer was given to her appearance in the United States. 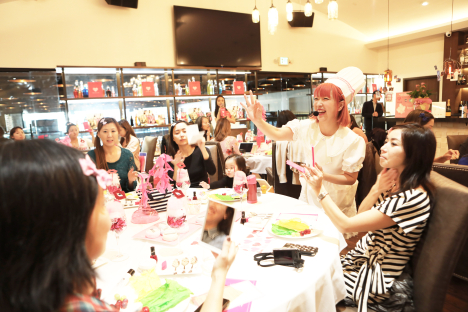 Various pink flowers were set in the middle of each table. This artworks produced by imagining “Bonsai” in Japan was made from plastic pink gadgets collected from party shops and 99 cents store found by artist “DISM” as well, literally adding the word “flower” on the table.