At the center of Japan, there is Asuka region in Nara prefecture as a heart of Japan. This green basin places inland of Osaka and Kyoto where Japanese history has been accumulated. It’s birthplace of the first capital of metropolis in Japan and where Buddhism culture has been settled. The first law was prepared there and name of Japan was launched for the first time in the history. Japanese leading architect, designer and musician got together in this Asuka in July and thought about designing Japan in “Asuka Design Week”.

Programs were held at old and traditional temples. Sensibilities of creative guests were echoing each other in those attractive spaces. 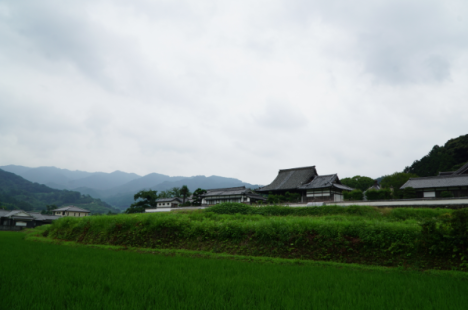 Hidetoshi Nakata, a former international pro football player and started approaching revival of Japanese traditional crafts after his retirement. Yasumichi Morita who handled interior of W hotel Taipei in Hong Kong and Isetan department store Shinjuku. Jun Nakagawa, the 13th generation of Nakagawa Masashichi shoten which changed Japanese traditional crafts to life-style brand and keeps growing its business. Discussion “traditional crafts and regional revitalization” by these 3 persons was held at the oldest temple in Japan, Asuka Temple. It was built in the 7th century with Big Buddha. People have kept protecting this temple even the capital moved to the other city and the region became a Satoyama (rural natural area). 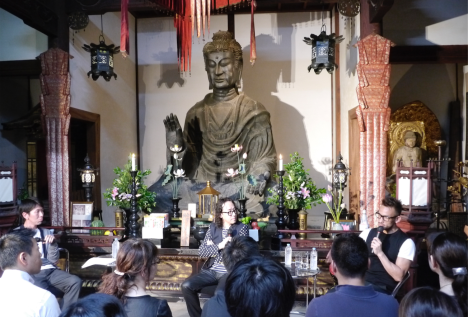 The discussion in front of Big Buddha came alive especially when the topic was about “design for attracting people to the region”. Nakagawa got success to make popular commodities all over Japan by re-designing traditional crafts. He told “the oldest in Japan” is not story. Designing the story more narratively and making it form will spread good reputation and it will make people want to visit there. “I will want to go to comfortable places where local sophisticated people always gather”. If there are some spots where people can touch something high quality, that will be the place everyone wants to visit”, Nakata suggested so from his experience of world travel. Morita explained his idea as a professional creator of popular space “ Place where women are satisfied and women want to go will make the region revival. Comfortable place for women is good place for men as well. Local people will gather there instead of going outside and people from other area will visit there too”.