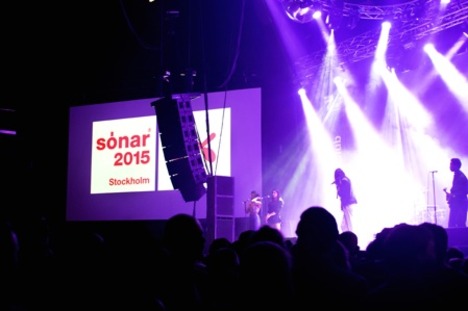 The International Festival of Advanced Music and New Media Art is already on the field warming up. Although the meeting point will be in Barcelona – as it is usual every June since 1994 – since 2002 the festival decided to expand the brand abroad by introducing part of the line-up in events regarded as Sonar Club located in scattered capitals around the world. Due to the strong profile that Sonar has acquire throughout two decades, this events have became a buzzworthy occasion for those local artists who can be on the spotlight during the roadshow, and some of them can even make it to the big final lap in Spain, becoming new addition to the festival’s program. This year Sonar is strolling along Scandinavia, in Reykjavik, Stockholm and Copenhagen. We attended Sonar Stockholm for one night, just to get a taste of what is it about. 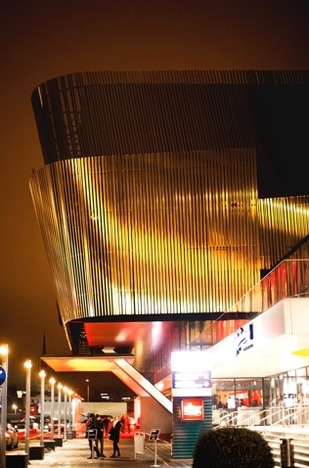 Whether Sonar takes place in one city or another, the dynamics of the festival has always been pretty strict: venue, line-up and modality, altogether must be fully visible in accordance with the essence of the festival. Thus, it couldn’t be any other way that Sónar Stockholm was held at the Waterfront Congress Centre, Sweden’s edgiest and most versatile brand-new venue in downtown Stockholm built in 2011. About 3,000 people enjoyed the party, three different stages: Sonar Club, Sonar Lab and Sonar Dome, with a grand display of sound and light effects capable of let Eurovision seeming like a school party. 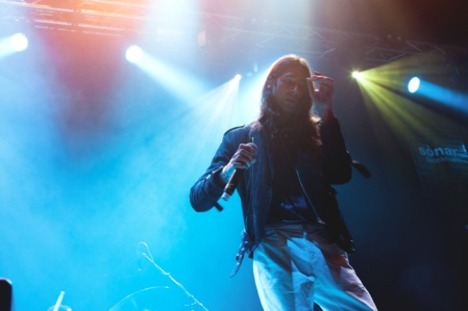 Some of the local artists included Finnish dream-pop act Jaakko Eino Kalevi, Swedish leading Hip Hop artist Lorentz and the lady of R&B and dubstep in Sweden Elliphant, among a few others. There were two headliners during this night: Kindness, who haven’t give it a rest since 2012, non-stop touring and teaming up both in studio and on stage with artists of the likes of Lightspeed Champion/Blood Orange aka Dev Hynes and Swedish pop singer Robyn, who happened to join him on stage during the performance at Sonar Club… someone could see that one coming. 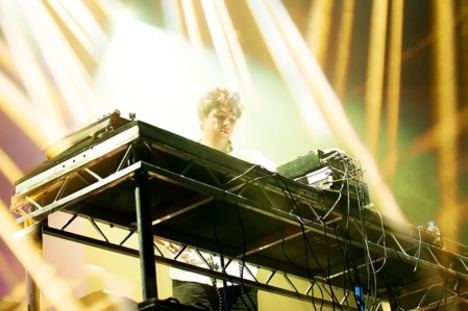 Jamie XX, who won the Mercury Prize 2005 with his pop outfit The XX, gave us the second main course. His solo career is in the XL records’ underlabel Young Turks and he has done a bunch of remixes for some of his labelmates, including Adele, Jack Peñate and Gil Scott-Heron– before passing away. As a matter of fact, this last one is most like his most popular work in his solo career to date. Hidden by a forged metal table that occupied half of the main stage and set under a huge circular gear of lighting equipment floating over the stage, in this Close Encounters of the Third Kind environment, Jamie decided not to be abducted by aliens and play some records until the midst of dawn. 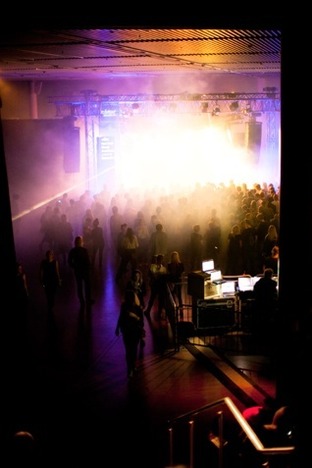 All in all, Sonar keeps its figure on the 23rd edition, wow! It was a pity not counting with some more stunning headliners, although having some big artist that will perform in Barcelona in front of eighty thousand people to play in this kind of venue I guess sounds luxurious… but that would be really something. Some other artists were missed, for instance, TV on The Radio and Skrillex played in Reykjavik the day before but not in Stockholm. 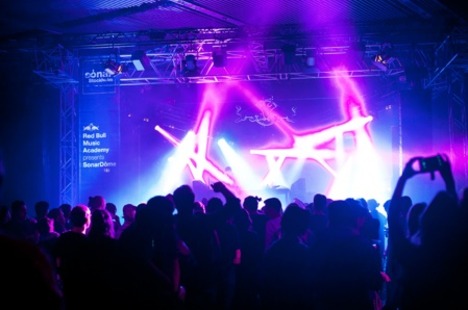 We have received notification of new additions to the festival in June. Sonar Barcelona has announced the news that A$AP Rocky, the charismatic global star of hip-hop, has been added to the line-up together with Squarepusher, debuting his brand new album, “Damogen Furies”; Double Vision, a show combining the sounds of German producer Atom™, with the image and lighting design of Australian artist Robin Fox. Since there are rumours Aphex Twin is booked for Coachella this year, perhaps this year’s winner of the Grammy Award for Best Dance/Electronic Album has a chance to pop up in Barcelona, who knows? In the meantime, Duran Duran and The Chemical Brothers await us.