Art event “Imagineering Okayama Art Project” was held from November 2014 for 2 months at Okayama city. This was one of the “Okayama Mirai-zukuri projects” and started for creating “City of Art and Culture” that boasts to the world. The concept was “town becomes an art museum and stroll leads encountering art”. Cultural facilities, closed school and buildings, shops, public institutions etc. various spots in Okayama city had exhibitions by 12 artists. 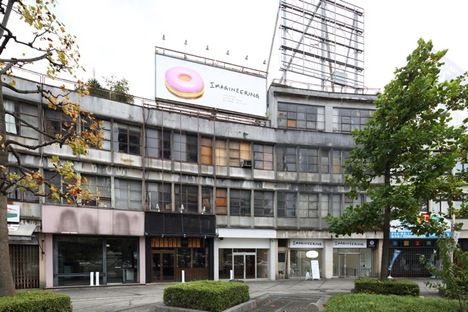 At the entrance of Okayama castle tower that is historical and cultural heritage, light decoration by Philippe Parreno shined. At the square in front of the castle, 12 pingpong tables made with stainless steal by Rirkrit Tiravanija were set and people could actually play there. Contrast between Okayama castle and blue sky reflecting on the tables and people who enjoy pingpong was a spectacular especially made by this outdoor environment of the exhibition. 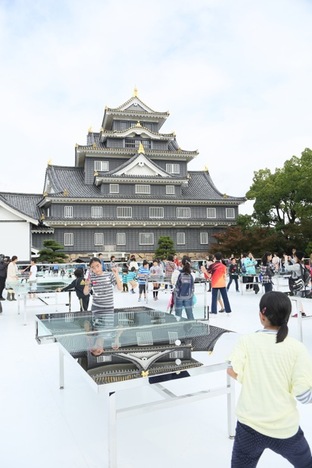 A work by Martin Creed made air that people usually don’t care become visible by use of balloons. People experience it and simply enjoy contemporary art as “if you change your point of view you will see new world”. 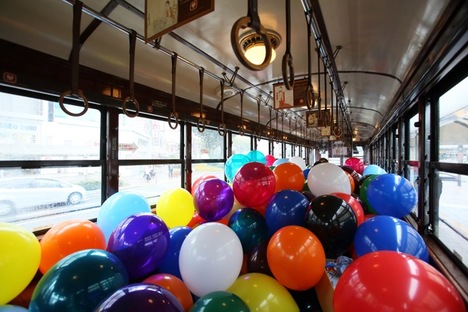 In the work of Simon Fujiwara, video about background of sculptures in a buzz was introduced. Fiction and nonfiction were mixed together with humor and audience was assigned to find truth from those. 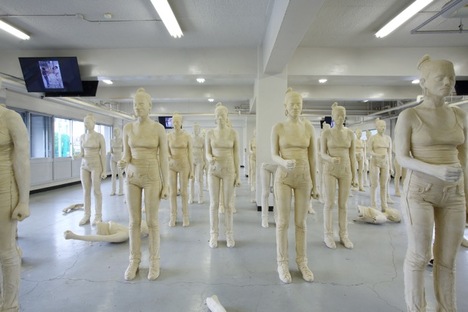 Through encountering art in usual life, this project creates new future. Further more, this project tries becoming an axletree and making Okayama city being a center of sightseeing spots and a hub for people who visit to Setouchi region from urban area. We look forward to seeing the future development of this project.