“Ingress” has received the Grand Prize of Entertainment Division for The 18th Japan Media Arts Festival. We could have the interview with Masashi Kawashima, a member of the team “Niantic Labs” that developed the online game “Ingress”. 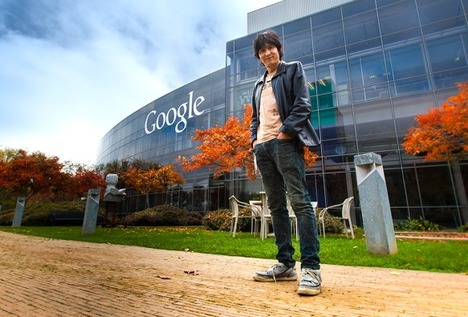 Could you explain what Google’s Niantic Labs is?

Niantic Labs is an internal startup within Google, which John Hanke, a developer of Google Earth as well as Google Vice President, founded. It consists of prime members who launched Google Map and Google Earth.

Please tell us how you feel about winning the prize.

It is great pleasure for us that Ingress could get a high valuation from media-arts experts in Japan. Here’s a comment from Founder John Hanke.
“We are honored to receive this prize from Media Arts Festival. I am very grateful to be listed among great works that have widened the world of art, entertainment, and technology in a new, innovative way and that have always inspired people. The mission of Niantic Labs is to blend game play with a story, excellent buildings, art works, and history that can be enjoyed with fresh air and to broaden the limits of interactive entertainment to the outside, real world rather than confine it only inside the house. We are hoping that we will be able to encourage users to see the world and each other from a new perspective through it. 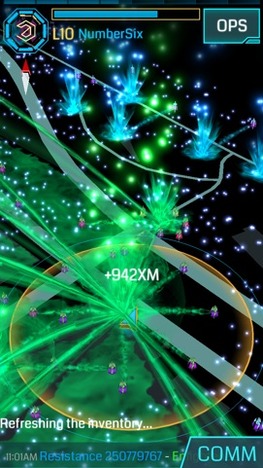 Ingress is a mobile innovative MMO (an online game that can be played by multiplayers at the same time) which allows cities to be an interactive game space filled with mysteries, plots, and adventures. Utilizing the technology of Google Maps, players can explore the world around them and visit historic sites, parks, and public arts to discover hidden “portals” which are brimming with mysterious energy of the fictional world. The story of Ingress that will progress is based on actions by two teams called “Enlightened” and “Resistance.” These teams are related to battles on the rule of the world and the destiny of human beings.

While attacking enemy portals or defending their own captured portals, players make Control Fields (CF) by connecting the captured portals with links and compete for the area of CF.

How was Niantic Labs founded?

I heard that for a long time the idea was in the mind of John Hanke, Niantic Labs founder as well as Google Vice President. Since he had been involved in the development of Google Map and Earth in Google for seven years, he wanted to make something on Google Earth.

In such situation, the use of mobile devices and the development of wearable devices were becoming popular, and he was feeling the need of encouraging the evolution of computing. He thought it was necessary to make use of the characteristics of these new devices and to make a killer application to encourage the spread of them. In order to develop it, it was Niantic Labs that he established.

Please tell us Niantic Labs’ production concepts, philosophy, and so on.

Niantic Labs’ mission is to expand the boundary of entertainment from the inside of house to the outside and connect the real world with people by technology. We are focusing on how we can sense what is around us, instead of gaining information about something far from us, and how we can change it with technology. Rather than changing something virtual, it is essential for us to make real objects, which we can actually touch, more entertaining and more mysterious.

And also, in Niantic Labs, we always think about what comes next.
When the new type of computer devices, such as smartphones and wearables came out, we were expecting a killer application to be needed for the wide spread of these. That is how Ingress and FieldTrip were developed.

What is the most important thing in the production process?

Thinking users’ experiences first and incorporating changes. It’s also important to us not to be too complex but to be simple.

Do you draw inspiration at the production process?

Sometimes it just comes to me. But most of time, it does after spending a long time on thinking.

What do you do when you are off?

Since I have a small kid, I play with them as a rule. John often does trekking.

Please let us know if there are any images or plans for the next work.

Ingress will not simply end. After the first story is finished, the second and third story will follow.
In addition, we are planning to issue a new game named “End Game,” which is based on a SF survival novel. It will be made into a movie by 20th Century FOX too.
Various titles other than that will be announced within 2015, so please look forward to it.

Could you give a message to readers of SHIFT?

You’ll be able to learn more about the world around you and be connected with people by going out even a little a day and taking time to see the world with your own eyes. I’d like you to feel and experience that your world gradually changes through Ingress.