Industry Night 2013 is the second installation of the Singapore Polytechnic’s Design School showcase of its students’ works from the Diploma In Interior Design. The oldest of the 4 diplomas in the Design School, the one day showcase and networking session popped up in the heart of the city at the historical yet edgy setting of Raffles Hotel. 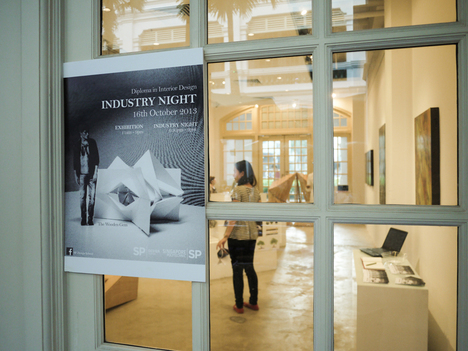 Held at Chan Hampe Galleries, 3 Pop-up Stores anchored the space. These Pop-up Stores were designed to showcase SHORTS constructed from deconstructed SHIRTS through a study of sewing techiques such as folding, weaving and heaming. Translating these sewing techniques in relation to the Indie site of Ann Siang Hill, 3rd year students constructed 1:1 scale models out of plywood to create new retail experiences in public/semi-public spaces. Making their third appearance after their debut at Ann Siang Hill and a brief appearance at Archifest 2013, the translation of the language of fabric to timber creates transformable experiences. The Wooden Gem takes its cue from the study of the fold, folding and unfolding into two different configurations to create 2 different experiences. The first one open, celebrating the SHORTS in full view for all to see, the other closed, requiring users to move around and discover the SHORTS concealed within. 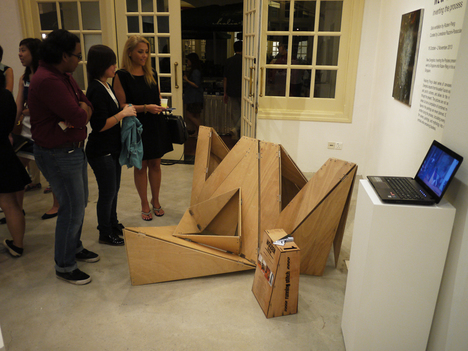 Islands of works were scattered across the gallery as local artist Ruben Pang’s works remained on the wall. Between the walls were models of The Tree Hotel where 3rd year students explored the notion of hospitality. Beyond the International Style and the quirk of Boutique Hotels, The Tree Hotel attempted to redefine the hospitality experience and interiority. With a series of sites scattered across the city, students explored programmes such as the Lobby, Suite, Dining and Wellness to explore function, use and experiences to redefine and design unconventional interiors. The Rhythm Hotel considers its users and site to design a screen that doubles as a rest space to cocoon users, as well as a façade. Inspired by the rhythm of the Central Business District (CBD) and the officer workers who throng Golden Bridge for a myriad of reasons, The Rhythm Hotel reacts to the users with their short pockets of time, creating pockets of rest as they traverse the city. 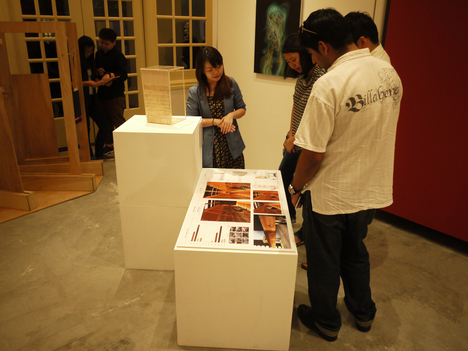 (un)USUAL Objects(s) saw 2nd year Interior Design students working with students from the Diploma in Visual Communication and Media Design to create flagship stores for new products created by pairing two everyday objects. Using modules of shipping containers as the basis for the flag ship stores, Eco Nou stacks containers with recycled pallets within to create retail atmospheres to showcase sustainable watches. Incoporating a workshop and natural daylight to highlight the products, the interior language mimicks the stacking order of the containers to add dynamism to the spaces. 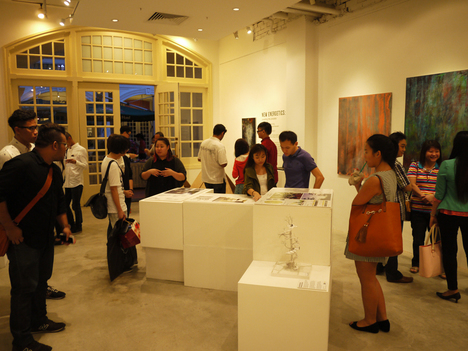 The networking session brought industry, alumni and students together, with colourful conversations on design, business and concepts in a white cube space. There was talk of the upcoming Graduation Show in early 2014, we can’t wait!