In 2009 the most famous Swedish spirit brand instituted The Absolut Art Award. This was done to honor three decades of artistic innovations and a long-term commitment to creativity, enhanced with contributions from the likes of Andy Warhol, Keith Haring, Damien Hirst and Annie Leibovitz. Previously, the award was given to Keren Cytter in 2009, Rirkrit Tiravanija in 2010 and the most recent in 2011 to Anri Sala. The company took 2012 off to think about how it could bring the award to the next level. The outcome is the Absolut Art Bureau – a unit within The Absolut Company responsible for global art initiatives – creating a new award format, whereby the Art Writing category was added to the already existing category of a contemporary artist. In this spirit, the new award recognizes not only artistic practice, but also the development of research and critical theory. The Brazilian Renata Lucas (b. 1971, Ribeirão Preto) and the Cuban-American Coco Fusco (b. 1960, New York) are the winners in Art Work and Art Writing awards, respectively. Congratulations to the winners! 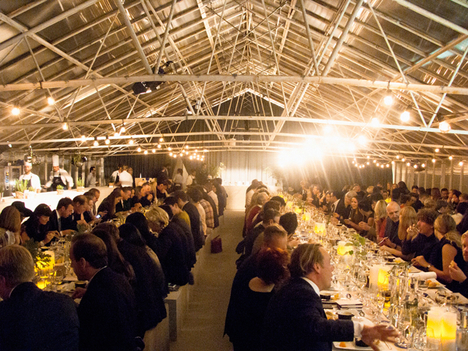 The short list for 2013 included 5 nominations on each category. Renata Lucas art questions the prescribed definition of space, pushing the boundaries of our built environment and how it affects our perception and society. Her proposal is to create a fragmented and dispersed new museum in a new harbor are in Rio De Janerio. “I asked to write about a dream vision, which I founded very ironic. I’ve been working for the last thirteen years very connected to the reality with the place I was supposed to intervene. I usually go much earlier to the place where I’m going to work and I really like try to live like a normal life in that place; just try to understand how is that. Because I believe that a constructed area is very much the result of historical remains that made possible to exist like this. When you see the landscape you can reach different times when it was built and you can see which one was behind that. In other words, things are constructed like this because certain groups had the power to make a formation into this direction, not differently. If history had been different we would find completely different kinds of environments. So basically I’ve been aware it is much beyond your control but how architectural construction is very much our behavior, how we respond to this, you are prescribed to act like certain patterns. The irony here is nobody creates anything we just take advantage of existing situations to implement our ideas. 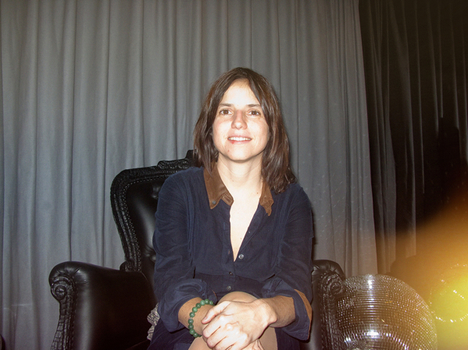 I wondered how could she write something under such abstract situation – “I was struggling with this; perhaps it wasn’t something for me due to my way of working. Then I realized that I should write in very general terms a material museum, which could be implemented using fragments of the existing architectural situations. I didn’t know if I could win the prize but I knew if we would have this possibility in Brazil I can materialize some of these ideas I really had for this harbor area. One of these museums is “The Museum Of Tomorrow” (The Museu do Amanhã) in Rio De Janerio, which is from Calatrava. So you know, it is like a (laughs) wow, it is like a symbolic capital to the project, like New York in the 60’s, how the art can help with it. So I combined the possibilities of create this imaginary museum in the harbor operating with the invisible. However this is a possibility, I am not sure if we will do this in Brazil or in Europe or somewhere else. I hope we do it in Brazil, it is experimenting a transformation and it is very flexible in term of management of space, you can do thing from the night to the day. This environment of transformation is very important, but let’s see it is totally open and that is amazing.” I wondered how to win the Absolut award is going to affect her “It is a very good support for developing something with an amount of money for producing the art work, so that’s really good, you always face restrictions in budgets everywhere. I work mostly with institutions and you have a lot of space for experimentation but limited budget, which is always the worst part of the pack. We negotiate with spaces and budgets. The accomplishment is always the result of this negotiation between ideal and reality and of course it passes by budget. So it is very important you can count with such support. I had a fantastic discussion with the team of the jury, it inspired me a lot so it is a privilege being part if this with these other artists, writers, curators. It is a very interesting group around here.” 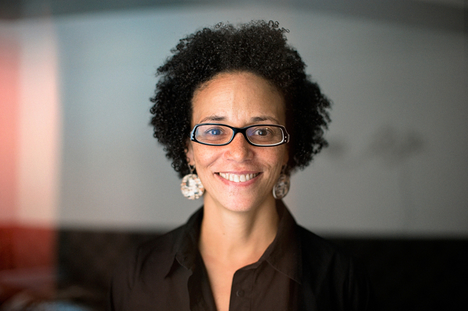 Cuban-American Coco Fusco, is the Art Writing award winner; she possesses a PhD in Visual Culture and is a professor at Parsons The New School for Design in New York. Fusco explores the relationship between women and society, war, politics, and race. As an artist creates large-scale installations combining electronic media, projection and live performance streamed to the Internet. “My project is about performance art in Cuba. It is the way in which artists and activists deploy performative strategies to address political questions of what revolutionary behavior is and how to change the concept of what revolutionary behavior is, using art as a kind of catalyst. For instance the Malecón area in La Habana, where meets in front of “Hotel Nacional” for very long time has been public nightclub for gays and none section social and sexual practices. This represents in a way the struggle of the citizens with the state using the body.” We had an exciting chat about the unique current situation about Cuba, which is in the political transition with the imminent decease of Castro in power. “We are in a transition; the end is coming, the end of the revolution is in 2018. Raul Castro has promised to step down from power. That will be 59 years since the revolution started. One of the requirements from the U.S for eliminating the blockade is Castro to leave power. Once he leaves the political system is going to go into a phase what is unclear what it is.”

I thought the U.S might take over from this point, she replied “Some people do think that. I don’t really know. All what I know what it is now it will be no longer. Many Cubans just want to live and get out. It is a mesh and live is too hard. They are others younger adults they want to stay and bring about the change; they want to see the end of what they grow up with and see a transition to something they can feel better about. There are many artist in Cuba who work through the state institutions and there are a few of them they’re fine but there are other bunch people they’re not in agreement with the system and they also considerate themselves intellectual, writers, artists, musicians and they don’t want to work through the state but independently. That is grown larger and digital technology allows them to do this without the state intervention. There is no promise of a referendum. There are some activists calling for plebiscite, to have a re-election but there is no warrantee there will be an election. We don’t know.” 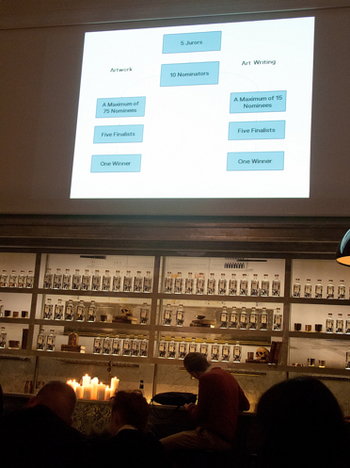 Her project point out the factor of “hit & run”. “The ephemerality factor, I talked about the esthetic of the “hit & run.” In a lot of authoritarian societies that quick contemporaneity that is ephemeral allow you to do things that if you made static object and stay you will be much more subjected to control. Somebody has to authorize its continue presence. If you going to do something, for example I talked about this in my proposal, a performance setting artist Angel Delgado did in the nineties were he went into a gallery put a copy of Granma –the communist party daily newspaper in Cuba – on the ground and defecated on it as a statement. He was consequently arrested and spent 6 months in prison. Let’s say they didn’t come to get him, the temporality is finished, right? It’s done. Many of this action they happen and then they’re gone, there is nothing there by the time authorities come in some cases.” I wanted to know a bit more about her artwork experimenting with electronic media. “In many of my art projects I focus the interconnection between live action and electronics mission, the way in which different technologies mediate live action. Mostly television, internet, live feed chats, things like that to look at how the concept of live and such experience is amplified by technology.” 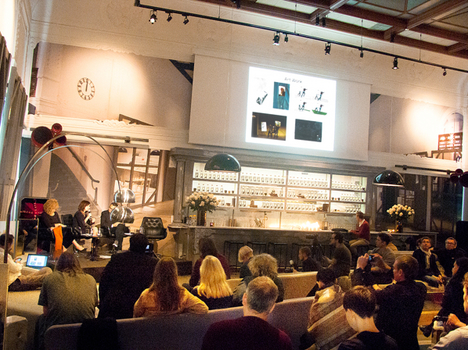 The Art Work short list this year was: Anna Boghiguian Theaster Gates Goldin+Senneby, Renata Lucas and Seth Price — Art Writing: Lars Bang Larsen, Luis Camnitzer, Coco Fusco, Hito Steyerl Hamza, Walker. The prize, besides the €20.000 grant, offers the winning artists the opportunity to realized their dream project in the form of a new work of art and new publication with an extra budget of up to €100.000 for an Art Work and €25.000 for the publication and distribution of the work winning the Art Writing category. This is made possible through a donation by an Absolut partner institution; that’s a given. Together with the new award format, Absolut assembled a new Jury for the 2013 Art Award. It was chaired by Carolyn Christov-Bakaegiev and includes three additional distinguished curators: Beatrix Ruf, Chus Martinez, Maria Lind and the celebrated artist Susan Hiller. 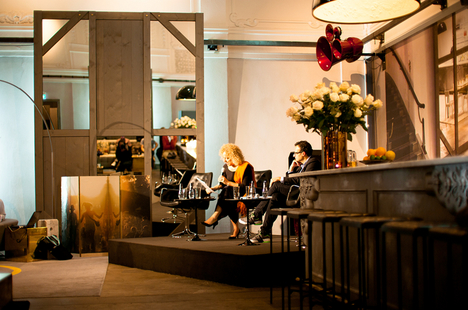 The award is not restricted by age or geography and in 2013 there were 75 nominees for the Art Work category and 15 for the Art Writing. Absolut currently is Associate Partner of Art Basel and a presenting partner of Art Basel Conversations. Stockholm is Absolut’s hometown; the Swedish capital is the beautiful spot that has hosted worldwide press and winners. In the center of the city, Absolut has a space for events, meetings, conferences and also a showroom, which represents Absolut’s creative universe, it is called Atelier Here the announcement of the award winners took place in the morning of September 20. We sat down with both winners and have a chat about this dated moment. 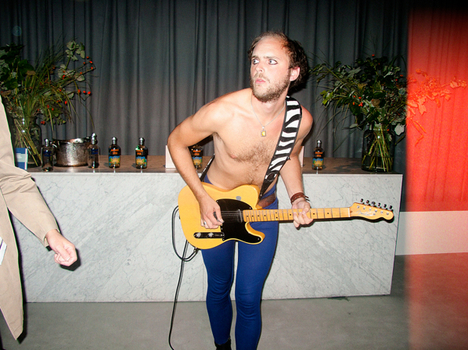 Then by night, a dinner gala was held in the beautiful venue “The House of The Butterflies,” a kind of greenhouse in one of the northern gardens of the city, where the Swedish royal family has some of their residences. The dinner was a true celebration, a memorable evening with an exquisite cast of creative minds, artists, writers, curators and ultimately, people close to the company.

In the same spirit of a wedding party, people gathered together and a band was doing performances in the aisle between starters, main courses and dessert. 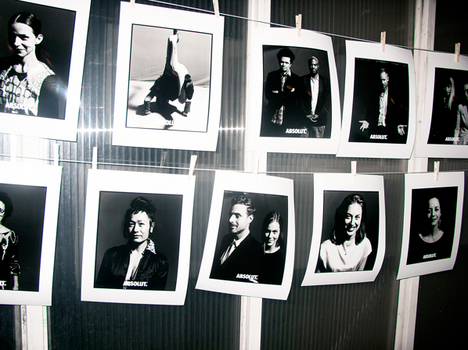 A funny idea was that they put a dark room photography lab, so everyone had the chance to be portrayed and get a copy in silver gelatin prints. It is a trumph for Absolut that they succeed every year in getting together such a prominent cast, creating this unique atmosphere, which has now become a hallmark of the company.