In April of 2013, the Deutsche Bank KunstHalle opened in Berlin. The new art museum is gathering much attention while also carrying many expectations as the replacement of another museum that closed: the German Guggenheim that had introduced many artists to Berlin. The KunstHalle is housed in the former Guggenheim building making it a proper heir. As expectations regarding the new museum rise, its first exhibition was held. This exhibition, however, was far from the ordinary; it lasted for only 24 hours. Over 200 pieces of art were displayed during the short exhibition. The new KunstHalle art museum made an open call for artworks from amateurs, students, and professional artists. In other words, it was an exhibition in which anyone could take part. 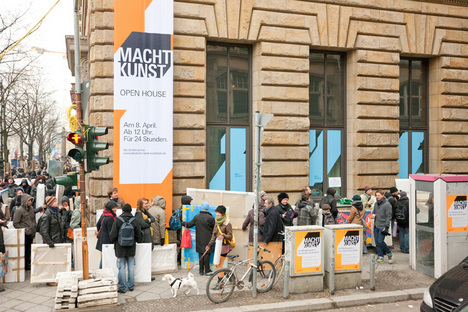 The first exhibition held preceding the official museum opening was titled “Macht Kunst (Make Art).” Swarms of people assembled at this event where new art was bound to emerge. When I headed towards central Berlin, where the museum is located, I could see a line of people wrapping around the building. Despite it having been past 11PM, and the long wait, the crowd braved the cold until the doors opened. Entering the venue, I looked around the exhibition space. Where there used to be world-renowned masterpieces were countless artwork, including oil paintings, watercolors, collages, and photographs. There were also many works by amateurs lacking technical skill. There were works that were resembled famous pieces from art history, such as famous works by impressionists and expressionists. Originality was difficult to locate. If you consider the quality of each artwork, it would be unfair to make comparisons with the exhibitions that used to be held in the former museum. What then, was the KunstHalle trying to accomplish? To answer this question, we should reflect on how the KunstHalle was established. 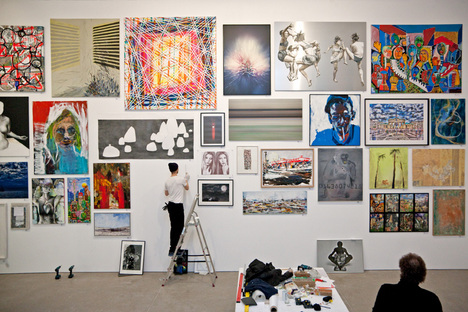 As its name indicates, the Deutsche Bank KunstHalle was founded by Deutsche Bank. The bank has been concentrating on its cultural activities, continuing to purchase artworks, building a large collection. In 1997, together with the Solomon R. Guggenheim Foundation, which has museums around the world, Deutsche Bank established the German Guggenheim Museum in Berlin. While displaying its own collection, the museum held exhibitions by global artists, such as the famous German artist Gerhard Richter, the contemporary sculpture prodigy Anish Kapoor, and Gabriel Orozco who has been searching for new forms of sculpture. In this way, the German Guggenheim connected Berlin and the international art scene through exhibitions of well-known artists. In other words, this was a place that linked Berlin’s art scene to the world. But in February 2013, the collaboration between the museum and the cultural foundation came to an end, and so countless amateur artists and students’ works filled the space that once connected the city with the international art scene. 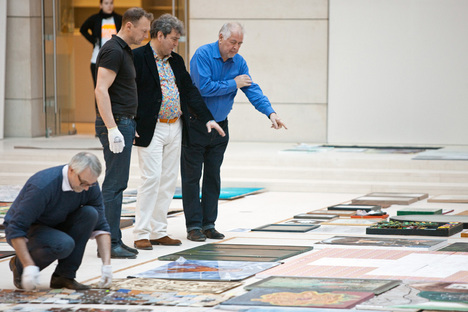 KunstHalle is heading towards a different direction compared to that of the previous museum. While the space still connects to the global art scene, that is not its core objective. According to the new institution’s mission unveiled at the opening, it will carry out exhibitions and events that focus on countries in Asia, South America, and Africa. The old museum worked with world famous artists who were mostly from Europe and the US, or the center of the art world. In contrast, the new museum will focus on periphery countries that have a difficult time garnering attention in the art world. The above exhibition did not fit into this geographical map of the art world, per se, but it followed this basic tenet of the new museum, as it attempted to shed light onto amateurs and artists at the start of their careers. It was an occasion that showcased those in the peripheries of the art world, and not just those at the center, as exhibitions in the past have. 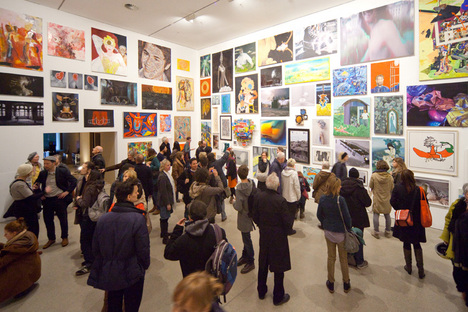 It is, of course, important for museums to introduce famous, well-known artists. It is also not an easy task to put a great deal of effort into the unknown. It is also true that this exhibition included many works that were not quite up to quality. However, prioritizing convenience and only focusing on works from countries at the center of the art world and by accepted artists would mean narrowing the framework of art. The realities of Europe and the US are not the only realities reflected in art either. Above all, there is no reason to settle for the current art framework. There is great potential in featuring the art worlds of emerging countries, and in young and amateur artists, because it could lead to discovering something new by widening the framework of art. That is what the KunstHalle is trying to do: to show new potentials by widening the art framework.