The host and the guest. The foreign and the vernacular. Two Asian cultures, coming together into partnership. Any differences blur into familiarity. 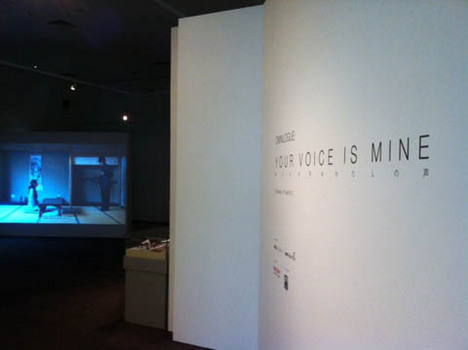 Your Voice Is Mine, the final installation of a series of exhibitions entitled “Omnilogue” since 2010, is initiated by The Japan Foundation to foster greater ties between Japan artists with collaborators from the Asia Pacific region. This finale sees 6 Japanese artists manifest their interaction with the vernacular, into an audio and visual dialogue crossing boundaries of place, context, history, culture, life and reality. 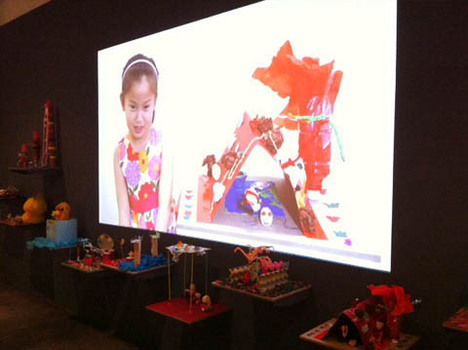 Takayuki Yamamoto’s video installation, “New Hell – What kind of hell will we go to?” questions culture and the modern day notion of living, morality and punishments. Through the perspective of local children, imaginary hells are concocted and created through exposing them to Chinese mythology and Buddhist depiction of the ten courts of hell (think Haw Par Villa). Video documentation and static display of the outcomes of workshops with the children depict both cultural and graphic mind-sets as children create their envisioned hells out of everyday materials. 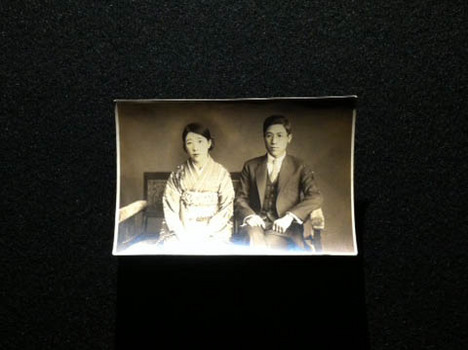 Fuyuki Yamakawa’s sound installation, “Platform for sharing her stories” invites viewers to contribute to the reminisce of the past. Housed in a black cube, the past, present and future meet. Overlaid between the reverberating audio conversations of the artist’s dialogue with his own grandmother, are local audio contributions of dialogues recalling their grandmothers. Live ambient sounds from the “centre” of Singapore are thrown in, and the only visual inking is a black and white photo. In the darkness, one cannot help but put mental images to the words and sounds. 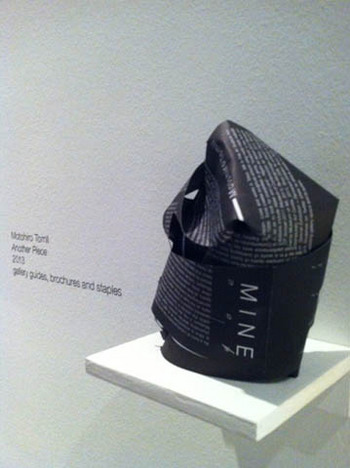 Motohiro Tomii creates sculptures out of the site’s collaterals and places them strategically throughout the exhibition and permanent exhibitions as well. “Another Piece” as an intervention creates a tension and questions the relationship between artworks, curation and museum spaces. The informality of Tomii’s pieces, juxtaposed against the weight of formal antiquity brings about both delight and awkwardness. 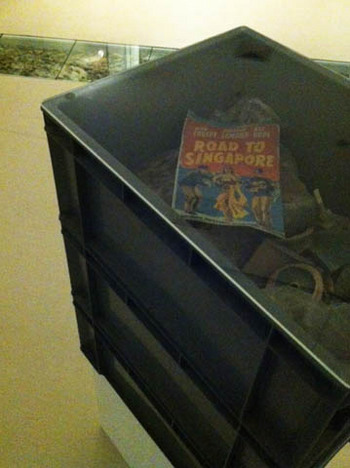 The exhibition terminates with the video installation “Road Movie – Road to Singapore” by duo SHIMURABROS.. Linking the archaeological process with film and movement, fragments of archaeological material surround the installation as audiences view projections over a tower made of the same plastic crates used to pack them, whilst uncovering the 1940 American comedy film Road to Singapore. 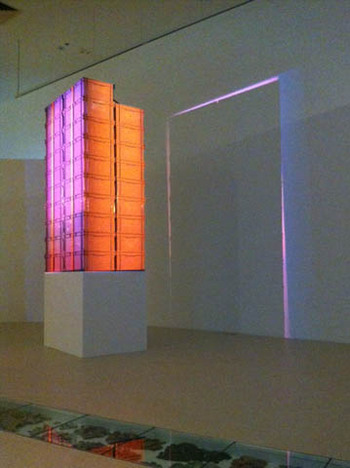 The exhibition appears to continue as one moves onto the Lee Kong Chian Collections where the fragments of archaeological material are now presented as whole.

Come see the Singaporean world through the Japanese lens. Come hear the global psyche through Singaporean and Japanese voices.