Paris Photo is the world’s largest photo fair, held in Paris every November. This is 16th fair, celebrated in Paris. Paris in November is certainly “The month of Photography” because of various events and exhibitions all over the city, attracting many photographers from everywhere. 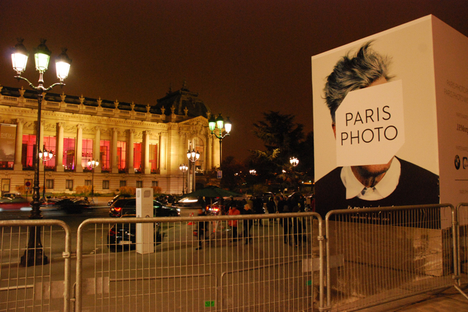 128 Galleries and 23 publishers from 22 countries participated this year. This is an increase of 6% from last year, totaling 54,000 visitors. From Japan, the participants of 2011 carry on this year, galleries such as MEM, Taro Nasu, Third Gallery Aya, and publishers such as AKAAKA, Bookshop M as well as Taka Ishii which joined this year. 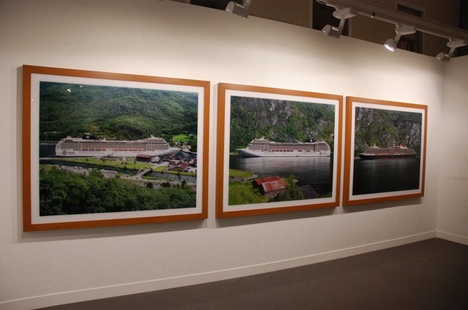 The remarkable event of 2012 is that “Paris Photo seen by…” was launched. This is a project that one curator selects photos by choosing those beyond the galleries every year, and the first memorable curator was David Lynch. This project provides audience more impression about that Paris photo is not just a photo fair for sales but also giving the direction of photography in to the future. Also, David Lynch’s selections were published in a book, so that you can enjoy even after the fair is over.。 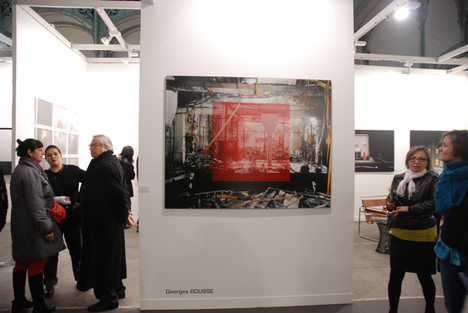 The main exhibition is “RECENT ACQUISITIONS”; three institutions share the same theme. The first is Los Angeles County Museum of Art, a collection of high-quality self-portraits in particular. The second one is from the museum Huis Marseille in Amsterdam. The exhibition named “Doubling Presence” has been presented around the theme of mass production while using an iteration of the same image to emphasize the visual presence through a variety of methods. 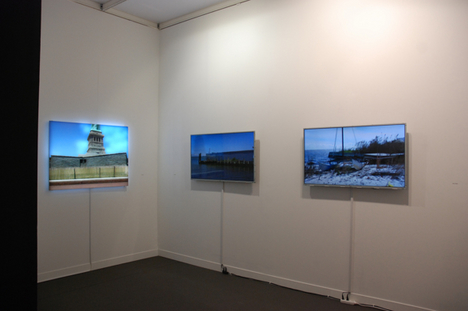 Quoting from the mass media and the past history of photography, theory and techniques since the 1970’s are used. The exhibition called “Cut & Paste” by Fotomuseum Winterthur of Switzerland is the final one. 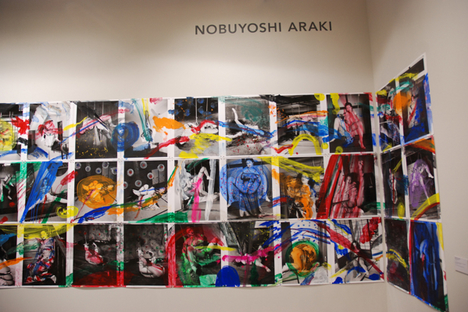 Japanese artists had an appealing presence at the fair. Rather than young artists, I had the impression that established artists, already known in Europe were notable. For example, Daido Moriyama who currently has an exhibition in the Polka Gallery in Paris and Tate Modern in London has been exhibited in no less than six galleries. Also, I saw in the galleries: Nobuyoshi Araki and Hiroshi Sugimoto, as well as Miyako Ishiuchi. 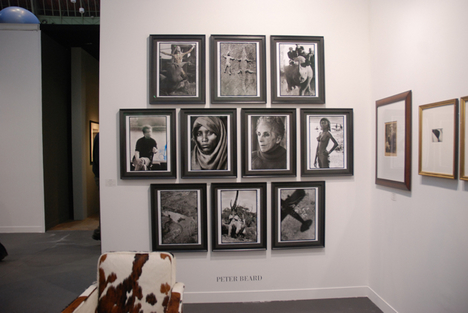 In particular, there were several notable exhibits by galleries featuring old black-and-white photography.

I had the impression that there were many American and British collectors especially this year. As a result of that, there is the first Paris photo in LA next year in April. How will it go in LA? We will keep our eyes on it.