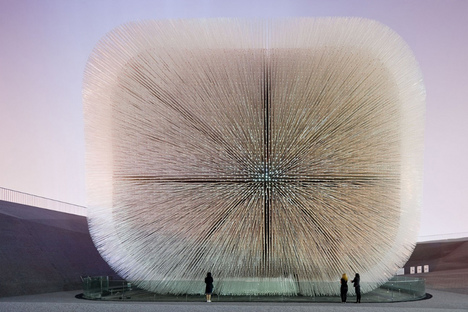 During the London Olympics 2012 there would have been one sight that everyone would have seen and which was very prominent in the Opening Ceremony and the Closing Ceremony; the Olympic Flame. As each nation’s Olympic team marched into the Olympic stadium you may have noticed a child carrying a small metal shell, a petal, in front of each team and which in the centre of the stadium were attached to long rods. When the Olympic flame was lit all of the individual petals came together to form a beautiful cauldron, and when the flame went out the petals were separated again. What many people wouldn’t have known is that this was designed by the Heatherwick Studio. At this first ever major exhibition of the work of Thomas Heatherwick at the Victoria and Albert Museum it is possible to see a model of the Olympic Cauldron as well as one of the petals. 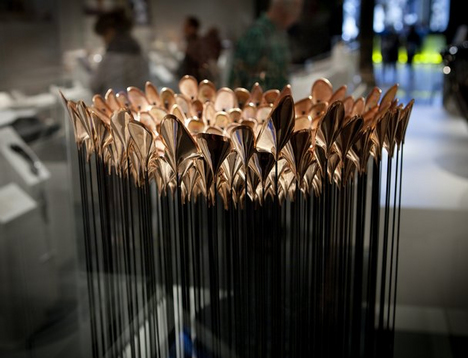 Model of the Olympic cauldron designed by Thomas Heatherwick

The Victoria and Albert museum was founded in 1852 and has a collection that covers over 5000 years of history over extensive grounds of over 12 acres. Exhibitions are regularly held here, such as the current exhibition of the Heatherwick studio between 31st May and 30th September 2012. The studio itself was established in 1994 by Thomas Heatherwick and their work covers a number of different mediums such as architecture, furniture design and of course unique items such as the London Olympic cauldron. Thomas Heatherwick was born in 1970 and in 2004 was the youngest person to ever to be appointed a Royal Designer for Industry. Soon on London’s streets it will be possible to see another Heatherwick design in the form of a new bus, the actual design and a mock-up of the back of the bus can also be seen at this exhibition. Unlike other buses this one will have two sets of staircases with three doors; the rear door will allow commuters to hop on and off. It is this kind of different thinking which greets us before we enter the exhibition as the guide pamphlet has to be obtained from an intricate machine using hand power. 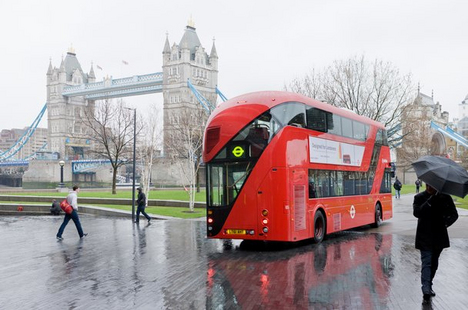 The scope of the work designed by the Heatherwick Studio defies imagination, it isn’t limited to unique items for the Olympics, or an everyday vehicle such as the bus, but also encompasses engineering and public sculptures. This exhibition allows us to see the kind of imagination that is at work which contributes to the amazing designs and materials at use by this company. For example, their design for a newspaper kiosk that allows the walls to become part of the presentation of magazines, etc, and which can be opened with ease. In contrast ‘B of the Bang’ was a sculpture designed for Manchester which had many spikes radiating out from a central core, when it was completed it was the tallest sculpture in the UK.

Another fascinating set of designs that can be seen are ones for public space and urban planning, one intriguing model shows the earth split like a crack and in the space of the crack trees and pathways can be seen. A current project envisions urban buildings with the areas around them full of trees on columns. It is perhaps an indicator of the interest in such designs that the Heatherwick Studio is currently working on projects in as far away as Malaysia and China. In the UK they have been commissioned to design a power plant which they have reimagined as a kind of power park with slopes of grass and plants as well as a museum inside the plant. 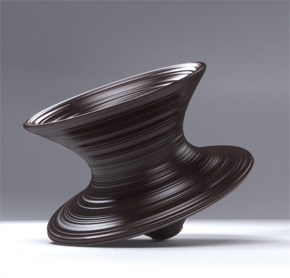 Just outside the entrance to the exhibition examples of the more mundane creations can be seen, Spun chairs. These chairs are completely symmetrical and can rotate around and around without falling over, they have also been designed to provide back support within the same single form. Other interesting designs include bags made of a never ending zipper (inspired by the realisation that zippers can be bought that are as long as 200 metres) and furniture which can only be seen to be believed like the twisted cabinet which seems to be an impossible design, yet clearly opens and closes as normal. This demonstrates minds that are capable of making the impossible possible for any kind of item, in Hong Kong if you visit Pacific Place and need to go to the toilet you will come across a series of undulating walls, the wall bends back to reveal a private cubicle. In contrast to the wooden walls and the sinks that face them the white floor and ceiling is well lit to provide a very thoughtful and modern look. There is a video presentation which shows how a machine was created to constantly push and pull back the toilet door for two weeks in order to simulate 20 years of use.

Whether in the UK, or around the world, the Heatherwick Studio continues to push at the boundaries of what can be considered engineering, design, art and architecture, while blurring the borders between these traditionally separate and different mediums of creativity.