The LaM (Lille Metropole Museum of Modern, Contemporary and Outsider Art), is not exactly situated in Lille, but in the close-by city of Villeneuve d’Ascq. It was created in 1983, to host the Masurel donation, an exceptional collection of cubist art (with important paintings from Picasso, Braque, Fernand Léger, Laurens… ) and of works from such artists as Andre Derain, Kandinsky, Paul Klee, Masson, Joan Miró or Modigliani. 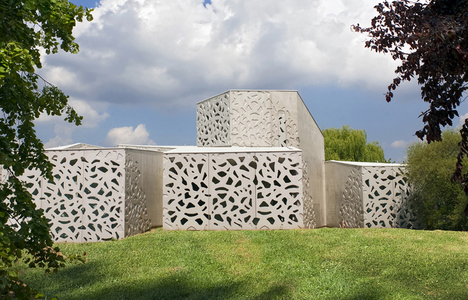 Set in a quiet garden of sculptures, the museum is part of a vast public park, with lakes and woods, where people enjoy to stroll or picnic on week-ends and holidays. The museum’s building is a low construction of northern traditional red bricks, mixed with concrete. But it also shows some influence of Mediterranean architecture, most notably in the flat roofs, as its architect, Roland Simounet, was born and spent many years in Algeria. 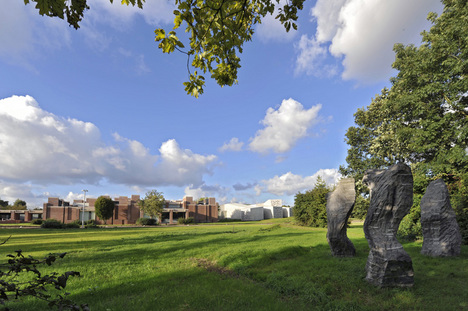 A new building was added in 2010, created by French architect Manuelle Gautrand. Discreetly settled behind the main one, it has rounder shapes, like “fingers” following the natural curves of the grass. Each one of these “fingers” opens on the garden, with large windows dissimulated from the outside by a net made of fiber concrete. 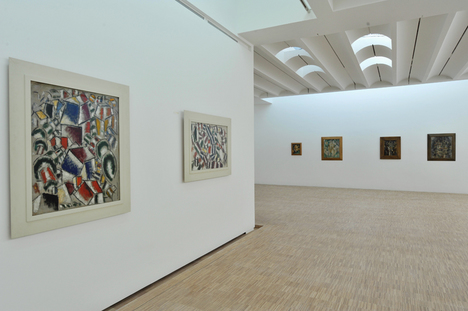 The new wing is dedicated to the Aracine collection, which was given to the museum in 1999. It is a spectacular ensemble of more than 3500 pieces of “Art Brut” (Outsider Art) from Europe, America and Africa. The collection covers the whole history of this particular kind of artistic expression, from the nineteenth century (with Fleury-Joseph Crépin, Henry Darger, Auguste Forestier, Augustin Lesage, Guillaume Pujolle, Adolf Wölfli…) to present days. Among the most recent works are impressive wooden totems by Theo Wisen (1906-99), as well as A.C.M.’s “uncompleted architectures”, miniature cities made of fragments of machineries. Other striking works are the famous “Barbus Müller”. The origin of these stone bearded heads, named after their collector, remains mysterious, and the characters seem to come from very ancient times even if they were more probably created rather recently. 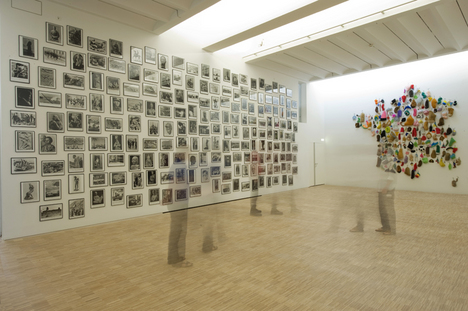 The outsider art collection often receives groups of children, who enjoy these simple yet powerful works. The contemporary art rooms, with a focus on installations, also offer a playful approach to art, with an Annette Messager’s map of France entirely made of plush toys, spectacular colored urns by Allan Mc Collum, Flanagan’s hares or a large size installation of Daniel Buren. This “hut”, built with wood and coloured plexiglass squares, allows the visitor to both turn around and enter the work, modifying our usual relation to art and our conception of space. 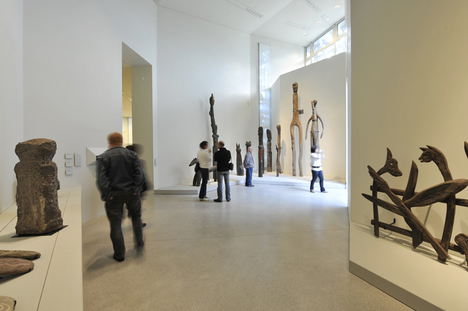 View of one of the outsider art rooms. The LaM – Lille Metropole Museum of Modern, contemporary and outsider art, Villeneuve d’Ascq (France) – on the back : totems by Theo Wiesen. Photo: Max Lerouge / LMCU.

The garden of sculptures is freely accessible to all. Its first works were stone pieces of famous local artists (Eugène Dodeigne, Jean Roulland), to which were later added monumental sculptures from Alexander Calder, Jacques Lipchitz, Pablo Picasso or a giant Richard Deacon.

The museum regularly organizes temporary exhibitions, workshops, lectures and events. It also offers a library, a small shop and a café-restaurant. Enough to spend several very rich hours discovering art in a relaxed and peaceful atmosphere, close to nature. Ideal for families with young children!