One of the designers of the year is Tokujin Yoshioka.

If Paris collection is the top of the fashion world, Maison & Objet is the equivalent for interior design. It reveals the designs of the moment and the future trends, and is held twice every year in January and September. At the trade fair, interior and design companies and brands meet with professionals from all over the world. 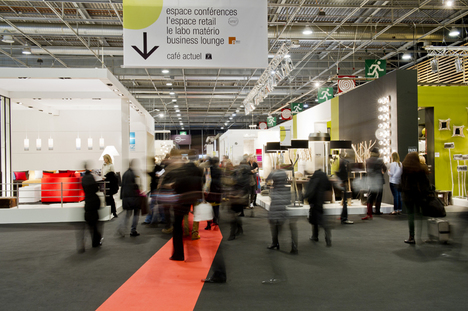 This time, it was held for five days from January 20 to 24 in the Paris Nord Villepinte near the Charles de Gaulle Airport. Since everything about home furnishing includes furniture, lighting, textiles, and other goods for decoration exhibited in a vast space; it is impossible to see all in one day. 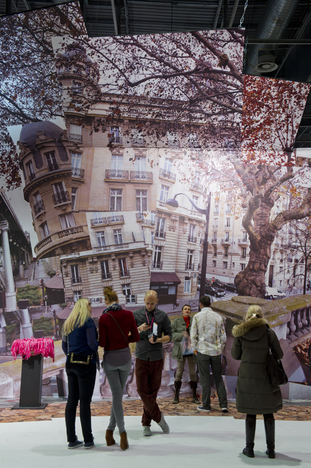 The exhibition booth of each brand is divided into the nine halls relating to the respective categories, and there were about 86,000 visitors. Moreover, there is also an art exhibition by an up-and-coming interior designer and artist, which had stimulated many interior designers “Dream box.” was one of the most interesting exhibitions in the trade show. 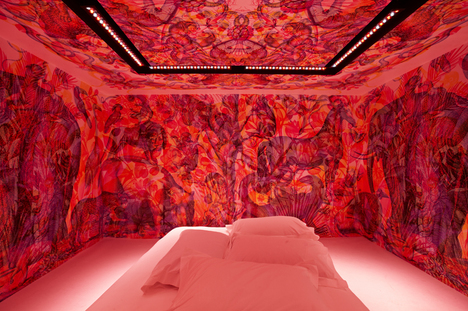 A Milan-based designer duo CARNOVSKY created a room with wallpaper called “RGB.” The room allows you to change the color of the lighting by applying light of RGB such as red, blue and green. The installation using the whole room is powerful and many journalists were paying attention.

The works of Ron Gilad using mirrors contains humor and elegance. Although his past works are rather simple and delicate, a little difference was shown this time. 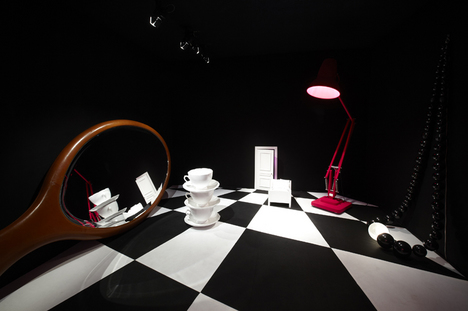 Though “everyday objects” is used as a motif, the size and little details are not realistic. Showing his intellectual sense of humor of it, the material and color are not too gaudy and plain. This reveals his talent as a designer, so that he becomes the center of attention. 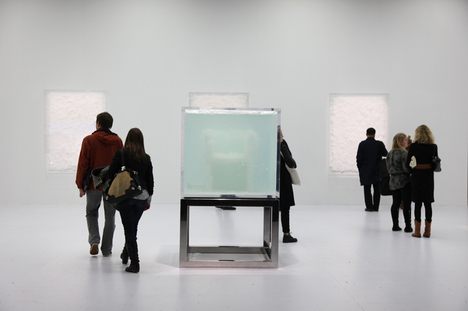 Having been chosen as one of the designers of the year is Tokujin Yoshioka, a Japanese interior designer.

Most of his works were exhibited at the “second Nature” exhibition at the 21_21 design site in Roppongi in 2008, including “VENUS,” a chair made from the vibration of Chopin’s music taking half a year. There is also an unpublished work called “Crystallized Rose”, which features a sculpture of a rose made from crystal.

It seemed that Yoshioka’s exhibition was the most simple and impressive among the European home furnishings with the idea of decorating the house. 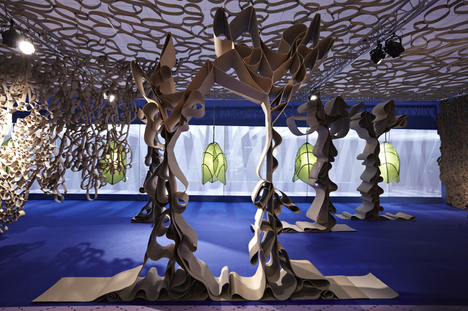 Another designer of the year are the Campana brothers from Sao Paulo. They are remarkable furniture designers known for their art chairs using dolls or clothes.

A seen in the chair using scrap wood, the designer is familiar with eco-design too. Cell-like objects made from cardboard boxes occupied the whole exhibition space and some green lampshades were hung so that an organic atmosphere was further added to the back. 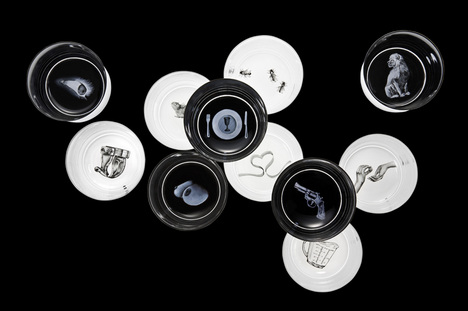 Furthermore, the exhibition “art’keting” introduces trends, such as pop, modern and chic styles. That probably stimulated many designers visiting the show because it could be a practical idea source. 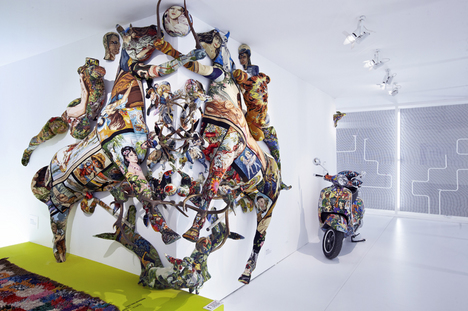 Overall, I noticed that some brands present products having combined exotic plants and wood, like a cactus, and inorganic materials, such as ceramics and iron.

“Maison & Objbet” features many countries other than Europe, which have also participated. The diversity is expanding every year, and especially, India, Southeast Asia and South America are prospering. Probably, the participating-country is also increasing steadily. The next exhibition is in September. We’ll be looking for what new trend comes up.