The 22nd edition of Stockholm Film Festival left lots of exciting proposals. The two main awards – the Bronze Horse, so to speak – were the Lifetime Achievement Award to French actress Isabelle Huppert and the Visionary Award to Mexican film director Alejandro González Iñarritu. Though the festival wanted this year to spotlight love stories, it was a powerful selection with 170 films premiers from 44 countries; thus the occasion was great for both press and audience. There were many categories, including Asian films, American independent, Spanish and Scandinavian films. Best film Award went to the Norwegian film `Oslo, August 31´ by Joachim TrierWe, which also won award to Best Cinematography. Among others experiences, we went to Alaska to immerse into the Arctic, visited the outskirts of Gothenburg, felt in love in L.A and freaked out in 3-D with a little bunny in Japan. 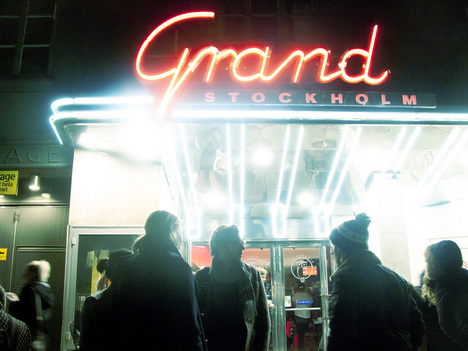 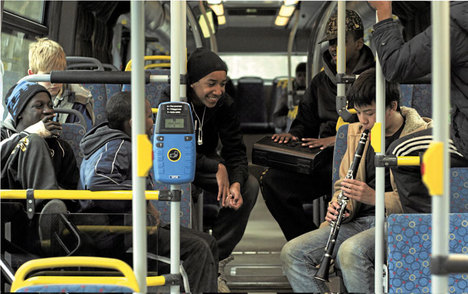 Regarding the local talents, beside winner Joachim TrierWe, we had the chance to see `Play´, a film from Swedish film director Ruben Östlund. The film, based on real facts, depicts the outskirts of a common capital in Sweden to talk about the abuse and psychological violence between kids. In addition to Östlund’s work, we attend the work in progress from Swedish director Fredrik Edfeldt. 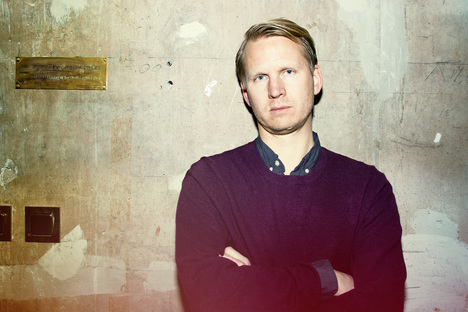 This was a great and unique opportunity to reveal the current status of his new work, his second feature film, which is still in the editing process. Now we can confirm the film is called `Fårö,´ “The story is set in Sweden in the early 80’s. A daughter and father run away in the forest. I guess there’re not so many places in the world where you can really hide, to get away from police or society. So they´re creating this world of their own here in the forest. The title `Fårö´ is because the father has traveled a lot before, so they’re talking about this possibility to scape to Fårö – an idyllic place in the island of Gotland in Sweden – but of course, they never make it – it’s just like a possibility, a dream for them to have they freedom somewhere else.” He shot it in the woods of Sweden. 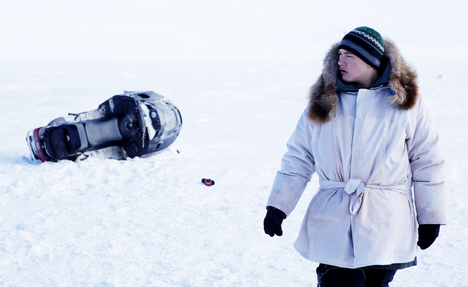 On The Ice by Andrew Okpeaha MacLean. USA, 2011

We had the chance to catch up with native Alaskan filmmaker Andrew Okpeaha MacLean. He invited to Barrow, his hometown in the most northern point in the Arctic Ocean. He shot under extreme weather conditions up to 30 negative, the film deals with the reality of this tighten native American community in Alaska, primarily Inupiat: violence, drugs, freedom and isolation. An accurate exposition with both traditions and modern changes; like in any other hood, but with a the local touches – sort of a gangsta-skimo movement, kids wearing rifles and driving snowmobiles. Without any intention to put the community under that pigeonhole, the story goes around a killing and the aftermath of a murder. “I think that the film is accurate in its portrayal of one aspect of life there. I wouldn´t say that the film is completely definitive of what life in the Arctic is like. The film is looking at this community undergoing a tragedy to a very extreme situation. Most days in Barrow there’s no killings (laughs). It’s a peaceful community. The aspects of claustrophobia, the freedom and isolation were important aspect in the story from the beginning. You have the environments of the ice, which it feels very open, it seems like you can see forever. It’s a feeling of a loneliness. That leads in questions of morality, specially surrounding the killing. It feels like it’s possible to kill somebody and to hide it, much like a desert in the western. Then you have the town, which it’s completely different, you are surrounded by people that know your entire life, the most are related to you, there’s no secrets so that has a very claustrophobic feeling, like it’s impossible to get away with anything. But at the same time this environment is very loving, everybody supports you, even as they may be judging you, there’s a bone between people of the community. So it was important to have the attention between these two themes.”