For contemporary art lovers who are not collectors, the usual spots for enjoying artwork are limited to museums, galleries, and art fairs. But from September 9th till the 25th, Paris’s inaccessible art scene opened its doors to the ordinary art aficionado.

Sandwiching the Seine in the middle, the area to the north of the river is called the Rive Droite (the right bank) while the southern area is referred to as the Rive Gauche (the left bank). Organized by New York gallery owner Marc Jancou, the group exhibition, “Rive Gauche / Rive Droite” was held in 6 venues around these two riverbanks. Nearly 150 works by 27 German, British, and American contemporary artists rarely shown in France were exhibited in 2 venues on the right bank and 4 on the left. 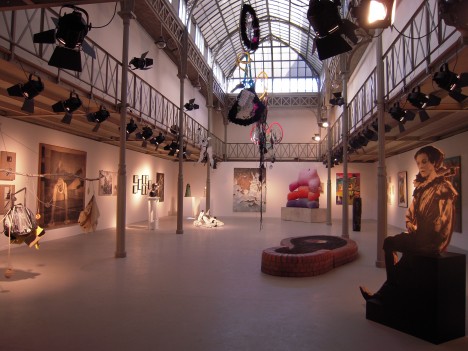 Inside the fashion designer Azzedine Alaia’s showroom in the Marais, the show took advantage of the high glass ceiling on the 2nd floor to suspend large installations. With Christian Holstad’s work as the central piece, this exhibit turned into a fun, amusement park-like space. 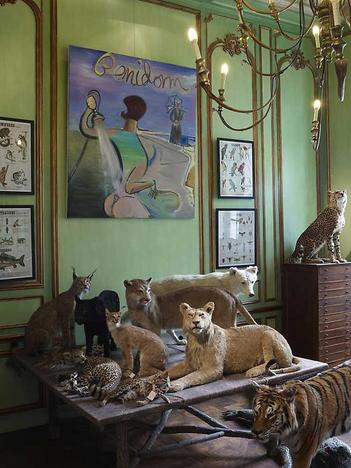 And at the famous Saint Germain taxidermy shop, Deyrolle, a Lucy Stein painting was on display among the usual stuffed lions, deer, and giraffes. 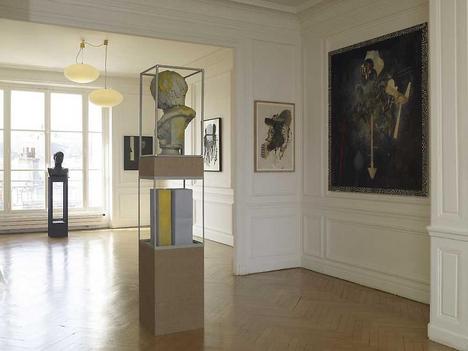 This event was made possible with the cooperation of Marc Jancou’s favorite Paris spots, which he visits while taking walks and admiring the cityscapes whenever he is in town. It was a group exhibition that allowed visitors to admire contemporary art while walking around the city. The event opened in Geneva in 2008, Paris in 2010, and plans have already been made for the Belgium city of Antwerp in 2012 and Seville, Spain in 2014.