“Its simple, my intent as an artist is to inspire people.”
– Ricky Lee Gordon, Creative Activist of Word of Art 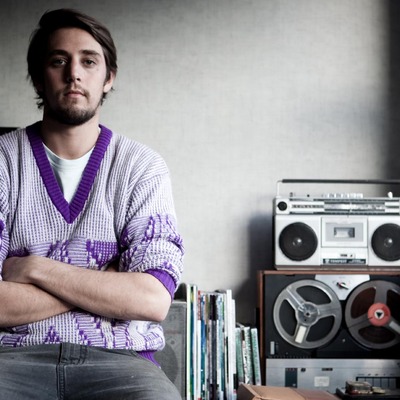 Word of Art was a concept founded by two South African friends hailing from Johannesburg who decided to make their home and launch their unique concept in Cape Town. Trying to break the conventional concept of the art exhibition, Word of Art looked to bring art out of the gallery and out on the streets, at the same time inspiring and bringing out new creative potential in everyone. The aim was to merge art and make it accessible to all without the pretentious formalities that has come to be associated with art, so that everyone can get inter-active and enjoy what new emerging artists and creatives have to say and show. 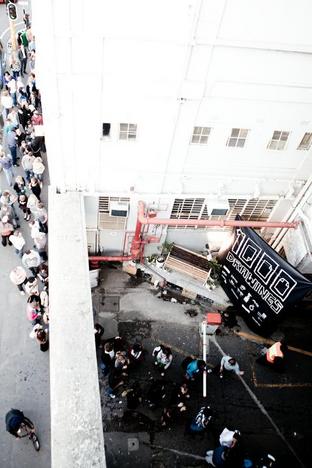 Word of Art no longer exists as a company, as me and my partner have gone our separate ways. Word of Art also stood for an idea, an idea that I will continue carrying on where we left off. This time, hopefully, under a new name and with a great new team.

The idea of Word of Art was to create a platform for artists, projects, exhibitions, events, marketing strategies and creative campaigns without being boxed in as a traditional agency. I want everything I do to have a strong focus on artistry, imagination and creativity. I. believe in Peter Pan, and his theory that everyone forgets how to fly as they grow up… 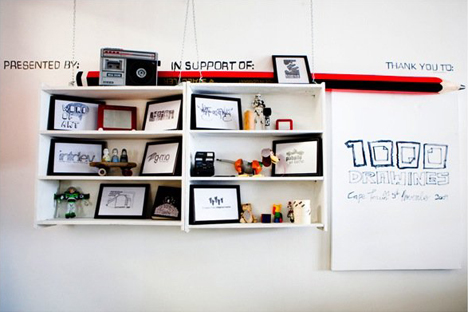 What is the idea behind recruiting South African Talent in this unconventional way?

It’s all about creating insight and opportunities for deserving artists. When I was 18, I started a graffiti art project that would help already established artists get a fair rate and also create projects to let them do exactly the kind of work they wanted to do. I did that for a few years, as I myself was an artist and didn’t want a life in artist management. My ex-partner and I got talking and we realized the potential of creating an agency that represented a variety of mediums and talents that also gave me the freedom to create new projects. All these artists were already friends of ours, so it wasn’t hard finding the right people. I always believed that we did it because it needed to be done, these artists deserved it and South Africa is in need of people behind the scenes pushing projects and promoting talent as we have so much to showcase. 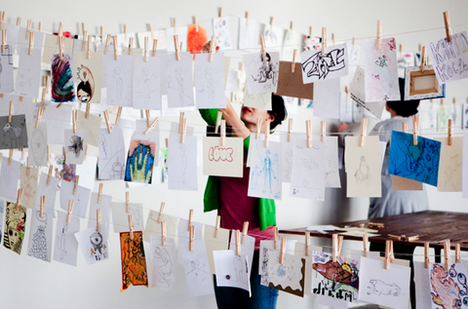 I see you have spread your wings to Johannesburg recently with the ‘1000 Drawings’ campaign, is there a vast difference in the creative energies between Cape Town and Johannesburg? Is this your first campaign working beyond Cape Town?

No, I am from Johannesburg originally and that’s were I learnt the meaning of a hard day’s work. I love the energy in Johannesburg; it’s changing so fast and will without a doubt be the New York of Africa some day soon. Johannesburg has everything and has amazing people. Yet, I found that Cape Town offers you to be closer to the world because it is smaller and has a functional creative inner city. It’s easier to meet new people, get your name out there and I think creativity is cherished and appreciated a bit more in Cape Town. I think Johannesburg is mainly run on money which is sad. I think the ocean and mountain keep the people in Cape Town in check.

The ‘1000 Drawings’ was an idea of two friends of mine, Felix and Dave, who pioneered it for the last 4 years. I simply came on board this year to help take it to another creative level here in Cape Town. It was an amazing event; it gave me more satisfaction than anything I have ever done. Not only did we raise money for some great charities, but I think we also captured a strong energy in Cape Town and we were truly able to inspire people to make a creative difference. 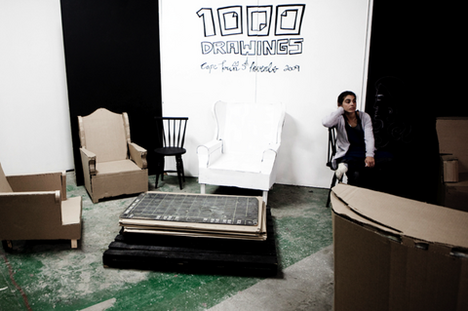 You guys have a fresh approach in recruiting all artists, even ‘non-artists’ by inviting all to partake in the events and campaigns at your space in and outside Woodstock. Why this approach/ what is the aim?

As I said everyone is creative. A year ago we moved into the Woodstock Industrial Centre, a semi-derelict building in a bad part of town. With the support of a willing landlord, I managed to bring in over 50 new creative tenants to full up the building. Each artist has brought the studios to life, the building now has a mini ramp, hosts yoga and life drawing evenings, and I continue to organize special events like ‘movie nights’, creative nights and exhibitions. My new team and I have plans for a Market and some creative concerts with a difference. My aim is to make art popular and more accessible and for this to become a reality it has to be shared by everyone.

What does it take for an artist to get their work displayed in your space in Woodstock?

I am not to sure, but I think it would have to be something young and exciting, non- pretentious and none of that ‘artsy fartsy’ conceptual stuff. I guess you would just need to make beautiful things. The gallery isn’t really a focus at the moment; I don’t want people thinking that a new gallery has opened up. For me, it’s simply because I have the space and I know the artists and it’s more of a long term plan and investment in these artists and a project space. In March 2010 this year, I am curating my first serious art show with work from 10 contemporarry urban artists, illustrators, painters and designers. Up to now, the gallery has hosted a mix and match of stuff from an exhibition of young prisoners’ work through a NGO project my friends work on called “Insider Art”. There was also a comic book exhibition by an 11 year old artist called Cashril+ (cashrilplus.com), his work was sold out and he is my favourite artist by far.

Hopefully, a new name in which ‘Word of Art’ will be called “Make Believe”, but I’m still making up my mind on the new name, so keep your ears to the ground. For 2010, I plan on creating a style and certain standard for the gallery; I want buyers to take note of what is happening within this exciting urban and contemporary movement.

This year I will be doing some really cool stuff for clients like National Geographic, The Spier Contemporary Art Competition and the Design Indaba. I am also going to make sure I get some more of my “passion projects” off the ground in the form of exhibitions and events. Lastly, I will also be aiming to be doing more cool stuff with the “Write on Africa” (not for profit) initiative I created 5 years ago where I hope to work with various sponsors in government and embassies to create inspiring new art projects in Africa.

This year we are also doing “Papergirl” in South Africa which I am so excited about. The idea originally comes from Berlin and is now all over the world. The Papergirl project is to collect art, exhibit it, roll it up and distribute it on bicycles as a group and then we have a party. A simple, but very beautiful idea.