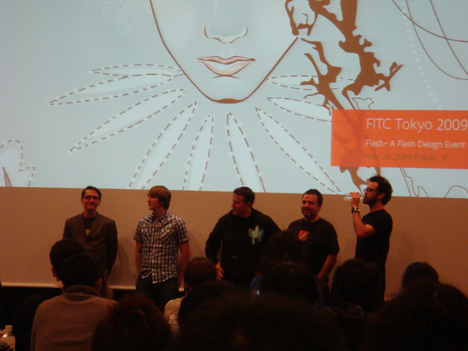 Started in Canada in 2002, FITC has held 18 events over 8 years at 9 cities in 4 countries worldwide. Providing over 700 presentations with 10,000 participants so far, the festival has drawn a lot of attention and inspired us with presentations provided by well-known designers and creators to share their various knowledges and experiences in Flash, Flex, AIR, processing, design, concept and idea. Participants range from Flash designers and developers, motion graphic artists, digital artists to students.

The previous FITC was held in Toronto, Canada on April 25 – 28, and there were 2 sessions entitled “Cool Japanese Flash” which introduced the up-to-date Japanese Flash scene. This reflects their high attention to Japan, as the session showcased presentations by the invited speakers such as Takahiro Abe, Takayuki Fukatsu, Masakazu Otsuka, Saqoosha and Yoshihiro Shindo. 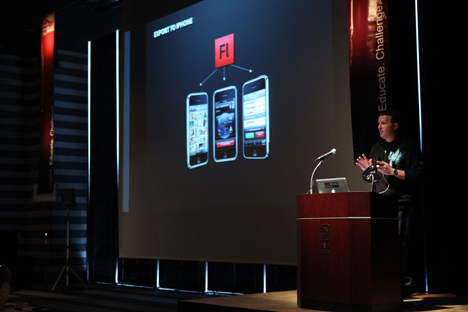 FITC Tokyo 2009 featured presentations by 5 speakers. The event kicked off with a sneak preview of MAX 2009 presented by the Platform Evangelist with Adobe, Lee Brimelow. One of the leading Flash developers who manages the award winning personal experimetal web site, www.bit-101.com, Keith Peters did a presentation entitled “Making Things Move” that introduced how to add dynamic motion and interactivity to Flash projects. 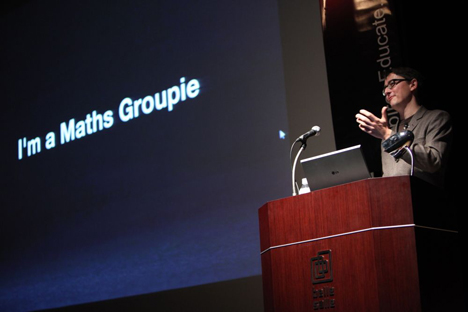 Mario Klingemann aka Quasimondo started his presentation with a question to the audience “Do you like Math?”. As many of the audience raised their hands, Mario was actually surprised with it because many people usually answer no.

Mario says that he started to read math books because math is necessary for his programming work. He also added he liked math, because he could find ultimate fact or beauty. He also said Artists pursue painting pictures, while mathematicians have the desire to prove. Finding beauty in mathematics, Mario gave an impressive presentation which must have inspired many in the audience. 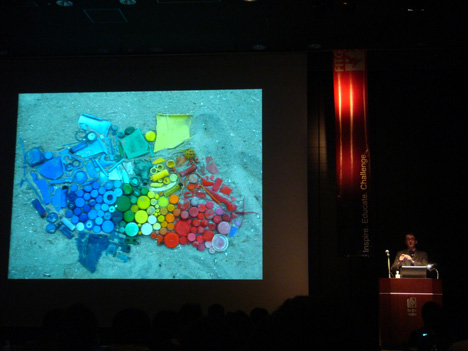 Mario showed us a picture which was taken at the beach, showing his selection of objects that were sorted out with shapes and colors. I was impressed by the beautiful photography. 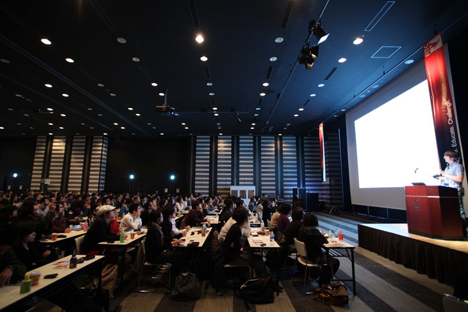 After the recognized leading person in the interactive field, Grant Skinner did a presentation “Quick as a Flash” that introduced the basic optimization theory and how to benchmark performance, the last presentation was provided by Joshua Hiersch from Big Spaceship. 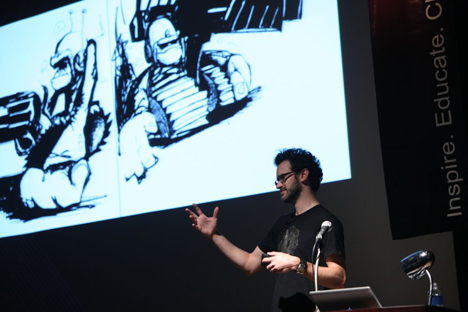 Visiting Japan for the first time for this event, Joshua Hiersch used to be a rock star once before and now works at Big Spaceship that holds more FWAs than any other firm. Known more for their more cool website work than the original movie, Big Spaceship launched their in-house projects such as “Visual Table Soccer” and “Perfect Monkey Tankpants”. Joshua introduced those experimental games.

Perfect Monkey Tankpant was made as an experimental game. Joshua did a demonstration which excited everyone in the venue. He also showed us the process of making the company’s logo animation. 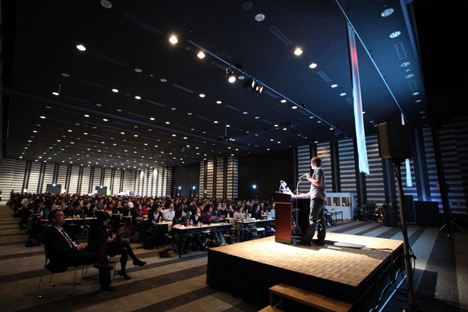 Provided simultaneous translation (English/Japanese), the event had a bit of an academic atmosphere with iPhone and PC on the desk at presentation room. The event was successful as most of the seats were booked. There was an after party where people could have an opportunity to meet the speakers. The event became one of the significant and fruitful events, where I fully enjoyed Flash-related presentations showcased for the day. I can’t wait for the next opportunity in Tokyo.