A creator who pursues simple and universal expressions.

Making a buzz for generating more than 1.5 million downloads on YouTube, the music clip “Hibi no Neiro” was selected for DOTMOV FESTIVAL 2009 and amuses many viewers at festival sites nationwide since the festival launched in November. SHIFT for this month has interviewed Masashi Kawamura, one of the members who created Hibi no Neiro. With his SHIFT cover work, we deliver a wide range of his ideas and thoughts from his past hit works to his future vision. 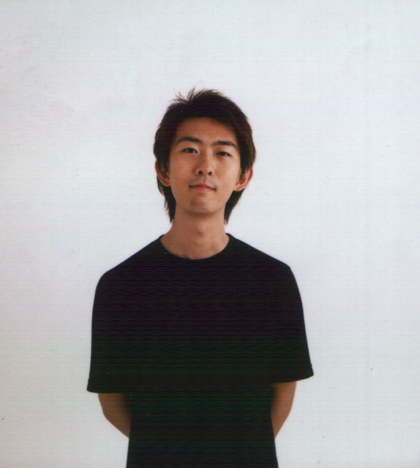 Hello. I am Masashi Kawamura. While I work for a creative agency BBH in New York as a senior art director, I work on a variety of my personal works like book designs and directing films.

You have been working on a wide range of projects including film works such as TV spots and music videos, advertisements, print materials like CD covers, product designs and interactive designs like websites. What did you originally start working on? Please tell us the background to your present career including your work experiences.

I first started to study programming in university. In my second year, I started to work at Masahiko Sato laboratory in Keio University and saw the fun of making things for the very first time. It’s not too much to say that I have learned most of my ideas and thoughts for making things through experiences at the laboratory.

After graduating, I started to work as a TV commercial planner at an advertising agency Hakuhodo. The TV commercial planner at Japanese advertising agencies generally works only within a media the TV spot, and I started to feel uncomfortable with it. Basically I have been thinking it is right to have an idea first and then explore it to an expression with the best matched media such as web, TV, print, event and so on. So I started to feel that it was not enough to make only TV spots.

At that time I heard BBH Tokyo was going to be launched, and decided to move forward to learn how to work with foreign creative directors working at BBH Tokyo. After that, I worked at BBK London, but I felt “I wanted to set myself in a position where I could work on creative things with few people”, as BBH London was a big firm and wasn’t light-footed. And then I visited the creative agency 180 in Amsterdam and worked there for a year. At the beginning of this year, I moved to BBH New York.

One of your works for TV spots is for the Korean liquor JINRO, which attracted many people with its unique music and film. What was your role on the project? Please share with us the making process and any interesting stories?

JINRO is a TV spot that was the first time my plan was accepted after spending 1 year at Hakuhodo. First I did a presentation of choreography with storyboards to the team, but that was obviously not enough to get across my plan. I felt frustrated, so at night I called up my friends and videotaped their dances, and the next day I did another presentation again. This time, they liked my plan which was “somehow silly and interesting”. So we decided to present it to the client. From this experience, I learned how important it is to share my vision with others to make up things with many people.

After my plan was accepted, I have worked on making adjustments on choreography with director Geoff McFetridge and refining small things on the film sequence. As Geoff was basically good at graphical expressions, he was also good at making a nice atmosphere and finally created a great piece. But I remember after finishing the film we all were a bit worried if it was ok that we created something terribly weird for a TV spot. But recently I realized when you make something more radical that creators cannot even evaluate 100%, it will be something newer and better.