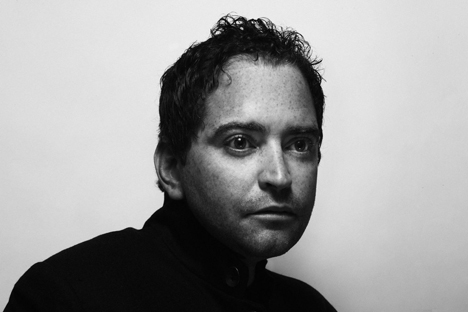 Timothy Saccenti is a director and photographer based in New York and working worldwide. Belonged to a creative production Partizan that is well known for representing notable talents including Michel Gondry and Traktor, Timothy has created a number of photography and video works for musicians, which expresses his own visual world that extends between the otherworldly and the familiar.
DIESEL DENIM GALLERY AOYAMA presents the world first solo exhibition “Garden of unearthly delights” by Timothy Saccenti starting from August 14th. Timothy Saccenti reveals here for SHIFT his first solo exhibition among other stories.

You have been producing very interesting works for music videos and photography. Could you please introduce some of your best works?

Hello! My favorite works are very often the latest projects I have finished. At the moment they are: “Garden of unearthly delights”-our show for the DIESEL DENIM GALLERY here in Tokyo- a modern garden of eden allegory-, “Dominos” the music video for the band the Big Pink’s new single from their amazing new album, which involves slow motion explosions of sexually charged female ice sculptures and “Bruises” our recent video for the band Chairlift which involves an group of teenagers escaping reality in to a surveillance camera and monitor laden hideaway. 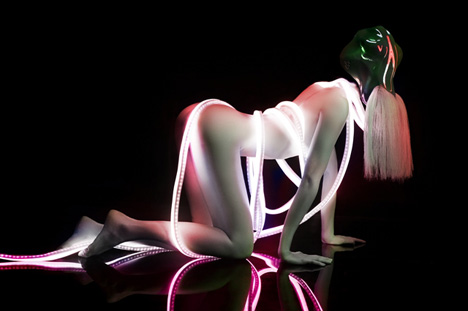 If you could select only one of your works, which one would be the most special / meaningful to you?

The portrait I have photographed of my dear friend and fellow director Patrick O’Brien who has ALS. It was for a dvd of his films and his campaign to raise awareness of ALS. He is a larger than life character with a wicked sense of humor who didn’t lose an ounce of his sprit after being diagnosed. The image is of him in his wheelchair being administered a beer through his feeding tube by an actual doctor. I find it both funny and touching. 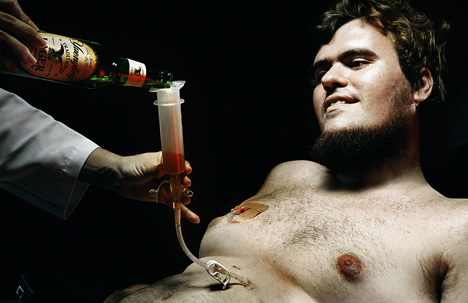 As young man in my teenage years I had a fascination with light and its transformative power. I was always heavily drawn to art and music but lacked any dexterity in either, my drawings looked like they were done by a blind 4 year old at best. Once I discovered photography however I found I could mix my obsession and curiosity about light and my desire to create art with the mechanical aid of the camera. I was like a moth to a flame and spent every waking hour either shooting or in the darkroom. I was lucky enough to attend a high school that had both a darkroom and a computer center with a very early version of Photoshop…That was when I was 16 years old and I still have that burning curiosity to this day. Eventually this led to my professional career in New York City shooting still photographs of musicians, which in turn began to ask me to create videos for them. Though I had no formal training in film making, I devoured as much material on the subject as I could and was blessed enough to have close friends who were directors and editors who answered everyone of my what must have been annoying questions on the subject.

Is there anything you find in common between video and photography while you produce your ideas through 2 different visual aspects?

A motion piece is simply set of 24 still frames per second. Through the phenomena of “persistence of vision” it appears seamless, but I approach it as a collection of still frames. My approach is to attack a motion piece as a series of images that would work as stills and try to create a flow from one still scene to the next. Because of this my biggest hurdle is usually editing. There is an art to editing that, sculpting in time, that cannot be broken down well into words. Luckily I work with Ryan McKenna, who I consider to be one of the best editors in the world, and he has a graceful style he brings to his edits. He eschews the common practice of cutting on beats and transition trickery and has and almost skateboarder like approach to it, flowing with a mix of fluid motion and the occasional kick-flip over the transition. 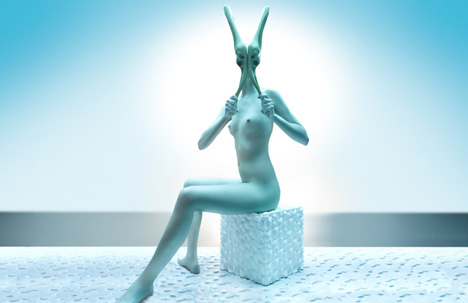 We understand that this DIESEL DENIM GALLERY exhibition will be your first solo exhibition. Could you discuss the exhibition concept and how you would like to express your ideas there?

Yes I’ve been very luckily to have Diesel and their curator Kimiko Mitani Woo, support me and give me my first solo show. The project is based on an idea I’ve been working on for some time, but the series for Diesel is completely new material. It is a garden of eden story about two archetypical characters who feed from the tree of life. The idea is expressed using two nude female characters shot in an otherworldly environment. We have a film piece as well as very large panoramic prints. 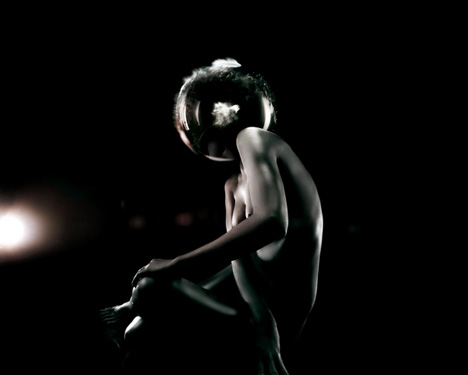 The film for the Diesel gallery is a piece follows the two characters as they go from having no head, existing in a dark, smoky void, until they find an identity through a set of surreal masks, once they find themselves they are lead by a light to a tree where a seed is. At this point they have a mating ritual involving a clear, gelatinous fluid, which fertilizes one of the characters. It gives birth to a creature, a baby which we infer to progress them to a new level of understanding. The film was directed by me, with my frequent collaborators Mark Szumski doing flame operation, Commonwealth creating the masks, Caroline Celis on art direction and props and the shoots produced by Brian Graf. 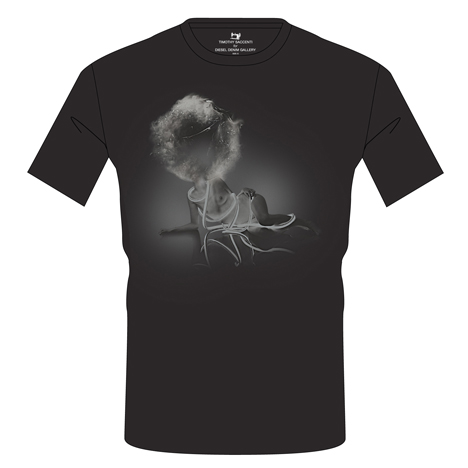 Please discuss why you decided to participate in the project and also to hold your first solo exhibition in Japan?

I was asked to pitch a proposal by the curator Kimiko Mitani Woo after my last trip to Tokyo when I was here filming a series of commercials. I was very honored to be asked and showed Kimiko some of my early tests for the project. Diesel liked the ideas so I developed them into a script treatment and began filming them. The project took 6 shoots to complete and many hours of preparation and post production. Joe Luccese and Ram Bhat did still enhancements and matte paintings which also took many many weeks. We shot and did post to give the images an otherworldly, almost painterly quality, and in the video it was shot purposely under exposed to give a raw texture which brings a compelling element to it.

What is your impression of Japan? Do you have any particular interest in Japanese culture?

I am in awe of the people of Japan. I have met many wonderful people, artists, business people, from all walks of life here and they have all been exceptional. The architecture, the mix of old and new, is very inspiring to me. Tokyo in particular is incredibly dense with visual information, yet somehow does not feel cluttered or claustrophobic. Being from New York city, I have many Japanese friends so it is excellent to be in Japan to understand them better. The ceremonial aspect of many everyday life situations brings with it an experience of respect and honor which I can associate with. I am very interested in Japanese culture, especially the art and fashion of modern Japanese youth, they can mix different elements in a way that makes them their own, and the attention to detail is amazing.

What do you think about the creative scene in NY? We notice that you are working very active internationally, so is there any reason why you are based in NY?

My creative base is in New York city as it is the city I’ve lived in my entire adult life and I have a very strong creative support system there. Though I have travelled and am very inspired by other areas of the planet, I find I am always bringing that new experience and information by to New York to synthesize it and create from it there. My community of friends is all collaborators, artists, musicians, and all have input into my work. In New York it is very difficult to have a hobby, you don’t have a car so don’t really have weekend getaways or go fishing or skiing etc as you might in other places, so you concentrate on work. I’m blessed to be surrounded by extremely creative and people with impeccable taste who help me guide my work. We all live, eat, collect, analyze, discuss, build and create together. They are my family and most of them are in New York City.

What is the next thing you want to challenge in the near future?

I’d like to direct a children’s film about the space-time continuum.