And just running from the city center to the Fira Gran Via (M2) where Sónar by Night takes place. That night it was impossible to have dinner or eat something, because it was the night of the diva Grace Jones, and she was playing at the huge Soanr Club early at 11.30.
I saw all the press photographers running to the front 15 minutes before to catch the best pictures of the diva. But for the first time (that i remenber) the show was delayed for more than 45 min. 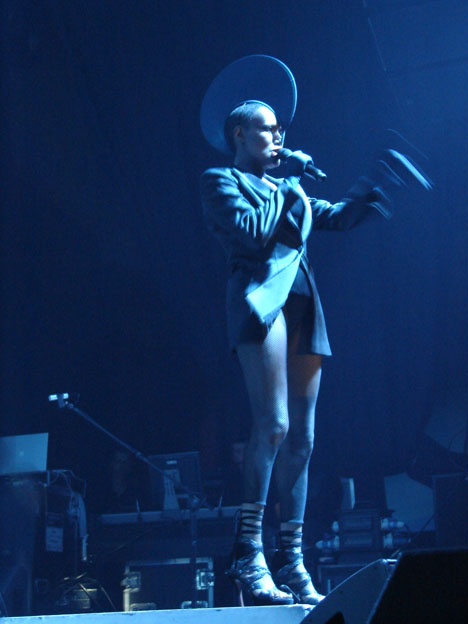 Then suddenly there she was coming down in an elevator with sensual movements like a black panther and in an impossible outfit singing “nightclubbing”. Grace Jones looked fantastic, hot and was joined by a great band; she makes us fly away to other decades like those times never ended. 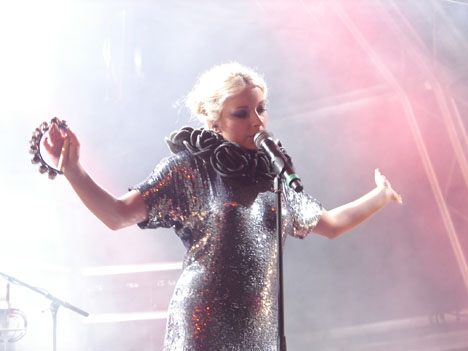 Later on, one of the new figures that emerged from Pop idol and is becoming a big internet idol, showed that she is already prepared to be considering a dancehall start. Victoria Hesketh aka Little Boots without making to much noise brings the big open air stage of Sonar Pub to a fantastic party. 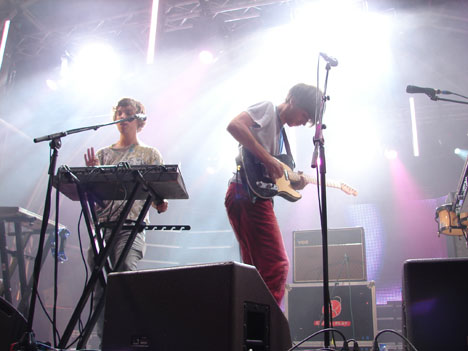 Late of The Pier

Same stage a bit later the young band form Nottingham Late of The Pier make their mix of poprock, funk and dance the perfect match for keep the audience up and prepared for the powerful roots and funk psycoldelia from Buraka Som Sistema. 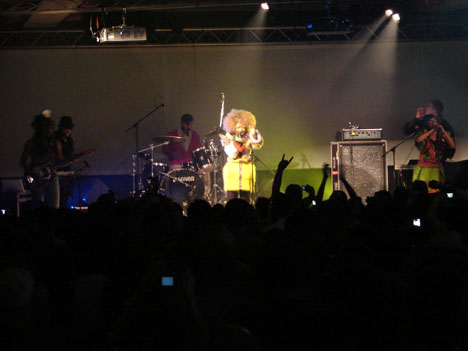 Saturday had a big offer in such a different ways. There was the party bangin, the most experimental and the touch of exotism.
This last category was so well represented by the extravagant Ebony Bones (UK) at the Sonar Hall early at 5pm. The show was a colorist mix of electronic, pop and punk attitude. Really enjoyable. 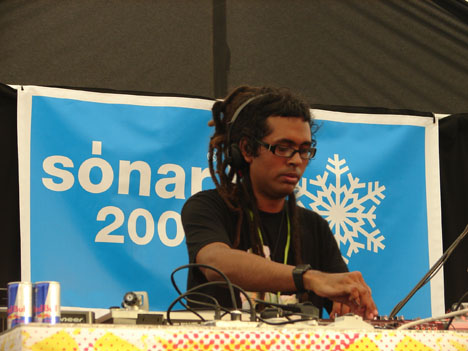 It was a good moment to join the slow dubstep and dancehallsounds near to booty form the venezuelan Cardopusher Djeing at the SonarDôme. But outside at the big Sonar Village the well know friends of Sónar, the french label Ed Banger doing what they know best, maked the crowd go wild and burn the dancefloor. Ed Banger working as curators, presented the GazpoShow including the performances by french DSL, Breakbot, Outlines. 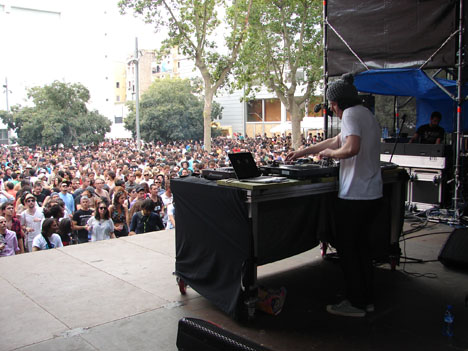 Followed by the live set from the American James Pants and end with the head of Ed Bangers, the prolific Pedro Winter aka Busy P. with his hardcore interpretation of partying. The Sonar Village was standing and dancing the whole afternoon.