Somehow infusing the world of international nerdery with the vibe of a b-boy battle, Cut & Paste is unique in its ability to pack out large venues in cities around the world, and hype a large crowd of varied hipsters into a frenzy of excitement that borders on hooliganism.

With an atmosphere to rival the celebrated Kid n Play House Party dance off (circa 1990), Cut & Paste Amsterdam was a heated show-down between designers in the three totem categories that define the current multi-lateral climate: 2D, 3D and Motion, as they battled for a place in the global championship to be held in June in New York City no less. 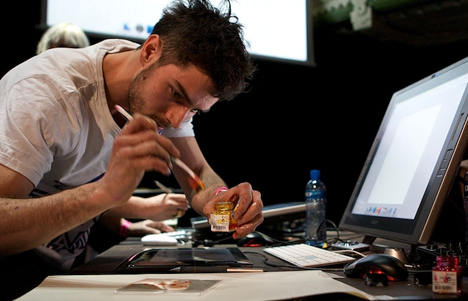 Now in it’s fourth year, founder John Fiorelli decided it was time to expand the challenge to include the fine people of the 3D and motion worlds, and took the plunge, opening up a new world of competitors – and of potential technical hitches.

The first battle saw Jordy van den Niewendijk flatten his 7 opponents in 2 rounds, with a sexually aroused, sword-wielding, skateboarding Sinteklaas, in response to a brief to create a record sleeve around the concept of “Change”. 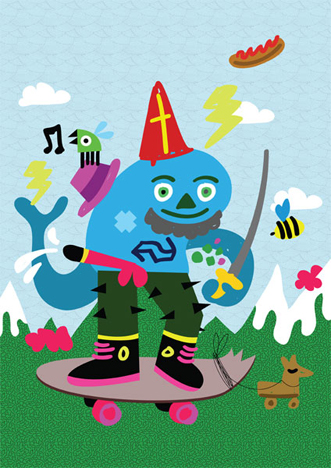 The 3D heroes sparred with their mighty Wacom pens over “Spacecraft” (the given theme for Round 1) and “Dutch Delight” (Round 2’s key word). With no preparatory work allowed, and only 15 minutes per round, these chaps were sweating it out, as the crowd grew increasingly flustered by the endless boob-resizing of Chinese participant Mao Lin’s busty milkmaid. 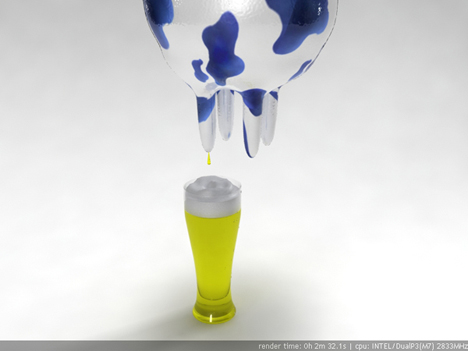 And finally, the hardcore 3D-ers who had been at it for 8 hours straight, working their mice to the bone in their allotted preparation time, were up. Blighted by technical implosions and name confusion, one can only imagine the levels of sense of humour failure that purveyed among the competitors.

After much hiccup-coverance by the lovely Neneh Cherry-esque MC lady, the final winner was announced, in the form of Tom Geraedts for his brilliant interpretation of the “Show Me The Money” theme. 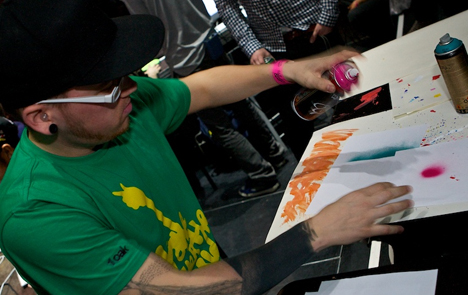 The Amsterdam edition was one of 16 (8 of them new this year) in different cities around the world, as the Cut & Paste empire continues to expand.

Judging by the enthusiasm of both competitors and the cross-spectrum crowd, this little enterprise is set to blossom and likely to take over the universe in coming years. Start getting used to the sound of “Cut & Paste Mombasa” or “Cut & Paste Chandigarh”, because next year it might just happen!