Primavera Club, the winter edition of Primavera Sound Festival is raising up to become one of the winter essential music events. The festival was presented simultaneously in Barcelona and Madrid for the first time. 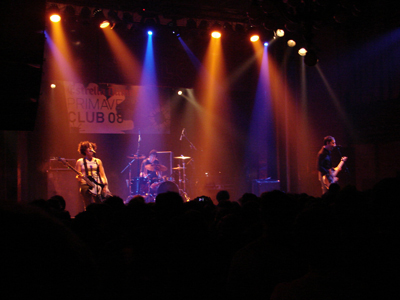 The Winter edition in Barcelona have three great venues for the festival. The Forum Auditori, the Apolo and La(2) at Apolo . Primavera’s got indoor space for the winter. The Auditori is the place to seat relaxed and listen the band in a great acoustic place and pretty comfortable. That’s where the show start during the evening till midnight. This year the Auditori was settled for artists like Giant Sand, Eli `Paperboy’ Reed, La Buena Vida, Abe Vigoda.

At midnight the show travels to the mythic Apolo Theather at the main stage and La(2) downstairs. Apolo is the right place to dance, to mosh, to jump, crowd surfing and everything wild till late.

The Festival’s big brother, the Primavera Sound is well known for their excellent taste picking the artist for the Festival, the Primavera Club’s lineup is a bit more eclectic and experimental. It is amazing the big success of the festival with none big names on the list. This fact shows us the incredible hunger the city have for discovering what is going on in the music scene.

When I said there’s no big names, I mention it thinking on the big money makers because for me the Primavera Club is as good as any other big festival, or even better.

For warming up on the Thursday night, the Apolo have an amazing star with the British band, The Wave Pictures who performed songs for their latest album ‘Instant Coffee Baby’. One of the big influences of the band played right after. Actually they have being touring together for a while. Mr. Darren Hayman joined by Jack Hayter played Hefner songs.

Hayman singing and performing Hefner super pop hits like ‘Christian Girls’,‘Lee Remick’, ‘The Greedy Ugly People’, Pull Yourself Together’, ‘The Day That Thatcher Dies’ were sure shoots for a great night and of course it was. 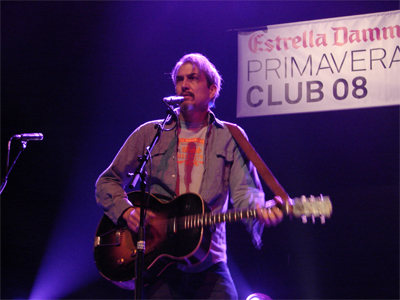 The Friday night was the “night” in Barcelona with the concerts of Deerhoof and Mika Miko, but first at the Auditori we got The Dodos who captivated the audience performing their debut album ‘Visiter’. Right after, Giant Sand lead by Howe Gelb performed their delicate new album ‘proVisions’. 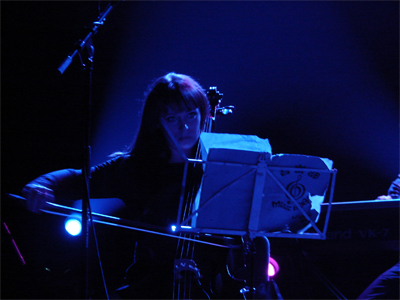 Isobel Campbell and Mark Lanegan presented their latest work ‘Sunday At Devil Dirt’ and some fantastic songs from “Ballad Of Broken Seas” in a really intimate show to end the early shows. 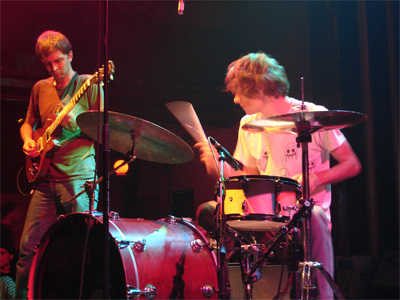 That night presented one of the most expected shows, the presence of one of the best experimental rock bands in the states and maybe in the world. The guys who are from San Fracisco (except Satomi) are Deerhoof. The band presented their fresh born new album ‘Offend Maggie’. The guys rock the Apolo stage with songs from all their albums ‘Milk Man’, ‘Friend Opportunity’, ‘Apple O’ and so on. The quartet played the most powerful and exiting concert of the Festival. Deerhoof is one of the best bands live. 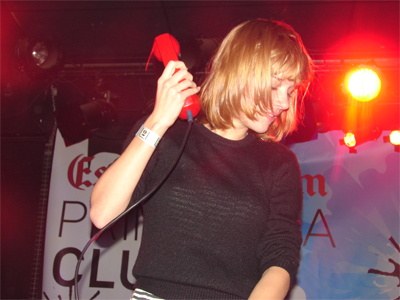 Right after down at La(2), it was the time for one of the young bands that was influenced by Deerhoof, the L.A girl powerpop punk band Mika Miko. The girls just needed 15 minutes to put the room upside down. Remind me of the shows at The Smell down in California. Sensational. 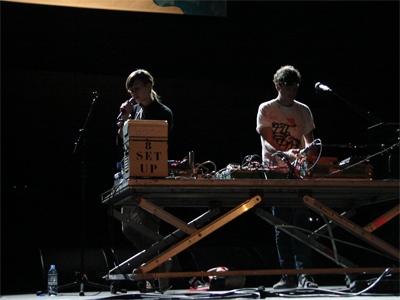 On Saturday the Auditori shows starts with the Spanish Espaldamaceta. José Juan alone with his guitar it was a perfect and tender moment to start the day. Right after the duo High Places shake the mix table with their tribal electronic noise, lots of percussion and Mary’s sweet voice. 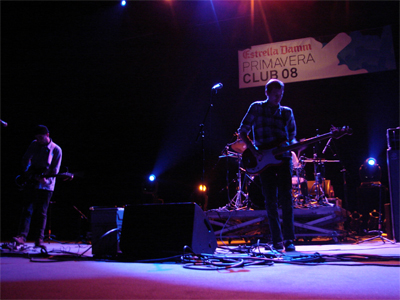 One of the most expected moment was the show by the eclectic rock band from L.A Abe Vigoda presenting the acclaimed record ‘Skeleton’. The band faced a few technical problems but even so it was one of the best shows of the day and the festival. 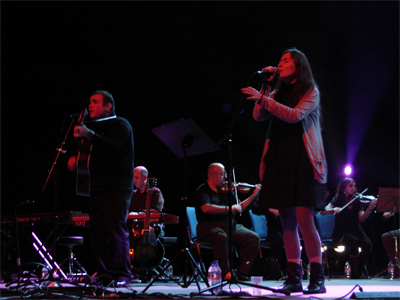 The Spanish legendary pop band La Buena Vida performed their recognized album ‘Soidemersol’ from 1997 with the support of an amazing orchestra and some friends. The sound was sharped and the audience was delighted by the show.

To close the festival 2008 Winter Edition, we got the powerful British pop punk band Lovvers and the eccentric band from Pennsylvania, The Extraordinaires at the Apolo.

So what can we said about this edition of Primavera Club 08 when on the first time it was presented simultaneously in Madrid and Barcelona, and all the tickets were sold out in both cities. I have spend a few of my greatest time during the festival over the years and right now they just announced the confirmed artist for the 2009 Primavera Sound (My Bloody Valentine, Gang Gang Dance, Michel Nyman, The Vaselines…). I can’t wait.