HIGH5 is a design conference organized by the creative portal site, “HITSPAPER“. It launched in 2007, this year was the second time of “HIGH5 2” which was held in Osanbashi Hall in Yokohama on November 24.
The theme was “Black Box”. It aims to capture things through a long span and value their processes against the contemporary society in which it is requested to get a early, short term result. 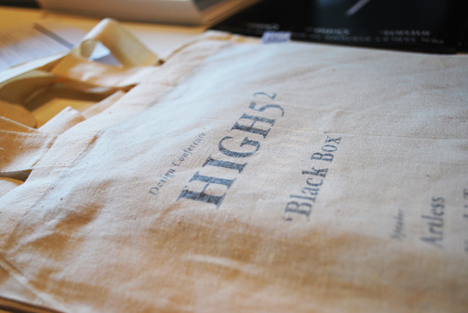 The speakers were six creators who were suitable to the theme and cherished the creation process. There were huge screens on both sides of the stage in the center of the large meeting place in Osanbashi Hall, and the series of lectures were done with accompanying projections. There were about 500 people in the audience and some people were ardently taking notes. 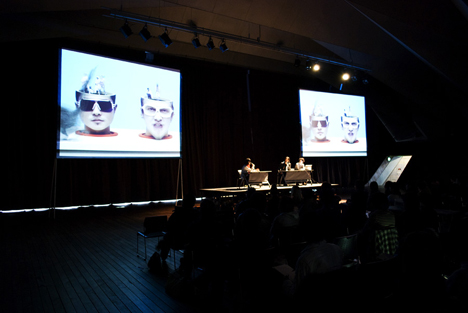 The first speaker was Kouki Tange known as an image writer who has done PV and music video works including “HOME” for Mr. Children, “Tsunaide Te” for Hitotoyo and “Tsubomi” for Cobukuro. When music videos were thriving in the beginning of the 90’s, he felt the possibility of the field which lay in the middle of art and commerce. So he became a video director but it was difficult to make a life for himself.

There are lots of people appearing in his work because he is “interested in the phenomenon of groups.” His interests in the unconscious aspects of things felt in a group, the unified beauty and the urban isolation you feel even with many poeple are very unique and expressed in a surreal and mysterious fashion.
“When the war occurred in Iraq, I wanted to express an anti-war message my own way so I wanted to express something.”

I was impressed by the story that he had created a video that was something like a personal advertisement under the cooperation of Space Shower TV. This cannot be feasible for everyone. “I want to be told that I’m doing something interesting” he continues, “I’m relaxed after starting over on graphic works, not videos.” I have a lot of respect towards creator, Kouki Tange. I was completely drawn into his world. 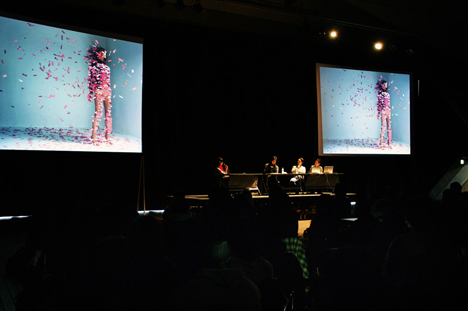 Nam was formed in 2006, when graphic designer Takayuki Nakazawa asked a photographer HIiroshi Manaka to take artist portraits. After various members including hair&make-up stylists joined the cause, the number of people involved grew to more than 10.
“We wanted to create something that graphics had missed”,
We tried to create something new from free ideas, without taking into account the usual rules of graphic design. Nakazawa says, “Creating something completely predetermined would make it impossible for us to get over the present state of level.” and “Nam is an experimental space.” He also says, “I want it to function as an open place where many people can participate.” I’m looking forward to Nam’s future creations. 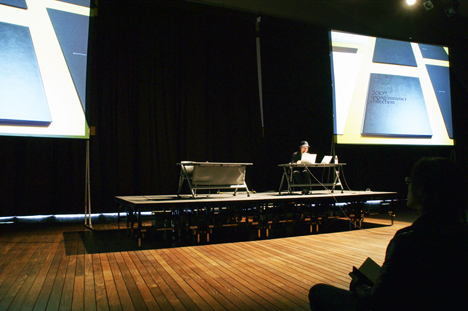 Formed by art director/designer Shun Kawakami, artless places an importance on the balance betweenn client works and self works. He explained that it was very important for designers in the future to design with a matching aptitude and understanding of media. For instance, there were common parts and completely different parts between web and print design. He said that it was important to make the best use of the effect by designing them individually. He was active in both web and print design therefore he could speak about such stories. These words from a well-established designer in the field impressed some audience members who are in the same field. 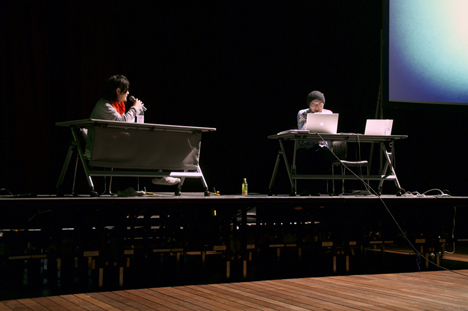 As a web artist of Qubibi, Kazumasa Teshigawara is awarded for a lot of prizes including “DAYDREAM”, a website work for CA4LA</a and is one of the most remarkable creator in the field of web design. "As food changes my body, what I saw changes what I create. Because of the reason, I limit myself to input." That was interesting and I wanted to ask him what he usually trys to see. Moreover, I respect to his attitude towards creation that he has been thinking "his responsibility to create and the balance when he creates." He introduced a new project that was not released, which the audience was excited about a lot. 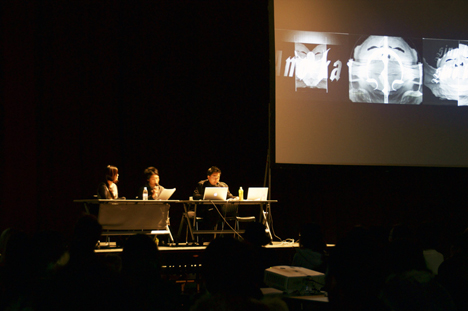 The fifth speaker was +CRUZ, an art director for W+K. As a Philippino American, he discussed his identity and how it came out through his work. “The 21st century is the age of Asia” he emphasized, and I totally agreed with him in that regard. It was gradually facing into reality to make an EU type entity in Asia according to the movement of the recent world. Although it will need a little more time. It was a shame that there were some troubles with the interpretations in this presentation. I thought about the difficulty an interpreter would have at lectures. 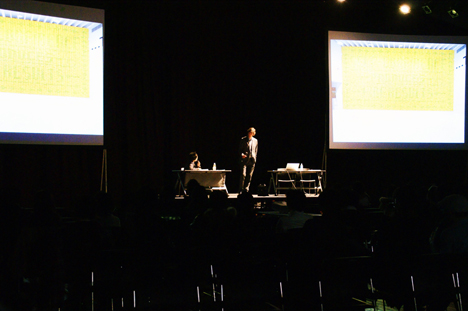 The last speaker was Stefan Sagmeister. It was a excellent presentation. From a large number of his works, he mainly talked about the process of the project called “Things I have learned in my life”, to create one photograph based on the proverbs listed in his diary. “Everything always comes back to me”, “Everybody thinks I am right” and so on. There were those simple and essential phrases expressed by bananas laid on a full wall of the gallery. The contrast between the meaning of those phrases and the way how he communicates with them was very interesting. During the lecture, he stoop up everytime he spoke, with a microphone in his hand. His tall figure wearing a suit was impressive and his passion to “communication” was great.

There were various lectures given by six creators lasting about 6 hours. Each one of was useful and interesting. Moreover, I’m looking forward to the next HIGH5.