Coinciding with the Formula 1 race, this year’s theme aptly calls viewers to question, to be curious and poke beneath the surface. The spectrum of artworks deal with notions of illusion, of reality, a combination or a lack of in connection to the realm of the globalize society. 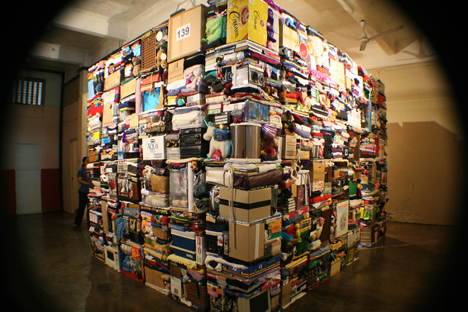 Spread across the city centre, venues include the colonial City Hall, the Singapore Flyer [currently the world’s largest observation wheel until Shanghai’s Star is completed], the Officers’ Mess at South Beach to the Promontory at Marina Bay, some of which form the backdrop to the Marina Bay city circuit for the Formula 1 race. 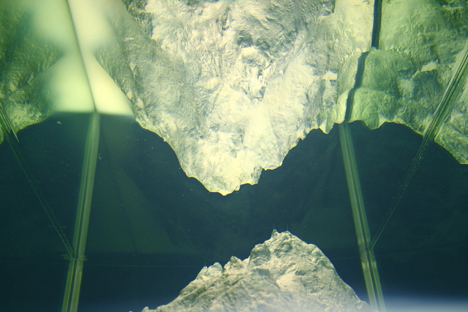 Do not always believe what is before your eyes. City Hall for example sees former chambers filled with short films and installations that trick the eye. From Desiree Dolron’s Xteriors I, II, IV, VIII where modern photos mimic Renaissance oil paintings, to Zadok Ben-David’s Blackfield 2008 which creates an idyllic field with dual identities while Ki-Bong Rhee’s Bachelor – The Dual Body sees a book suspended in a tank, as it waltzes in the blue wash. 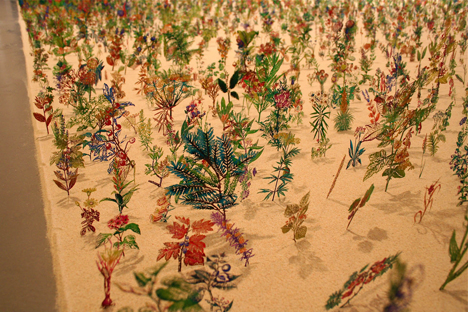 The artworks at South Beach feature installation works that envelope spaces, containing it, expanding it. Felice Varini’s “Drill Hall” sees an explosion of orange as colours shards of colour splash across the former hall and creates new meanings as one moves about the space. 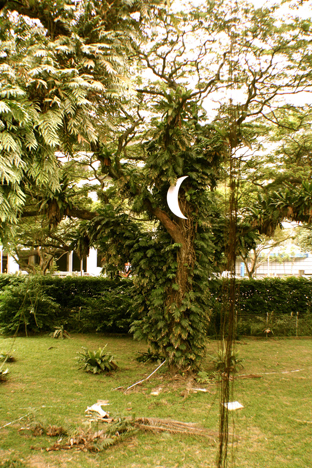 The Containart Pavillion by Japanese Architect Shigeru Ban creates a temporary, permanent space. Located in the Promontory at Marina Bay, its sudden presence creates a presence in the new extension of Singapore’s CBD. The fact that it is made of containers questions materiality and architecture in an age so obsessed with form and sustainability. Likewise, its materiality signals its temporal state. One cannot help but wonder what was there before, and with its disappearance, its replacement.

To wonder is second nature. To be provoked in wondering is a privilege.