Rafael Lozano-Hemmer’s work is featured in two spaces in New York this fall. An outdoor installation at Madison Square Park is being shown simultaneously with two indoor works at Bitforms Gallery. I visited the Bitforms show as part of a series of gallery visits in the Chelsea neighborhood on a windy, chilly November Saturday. 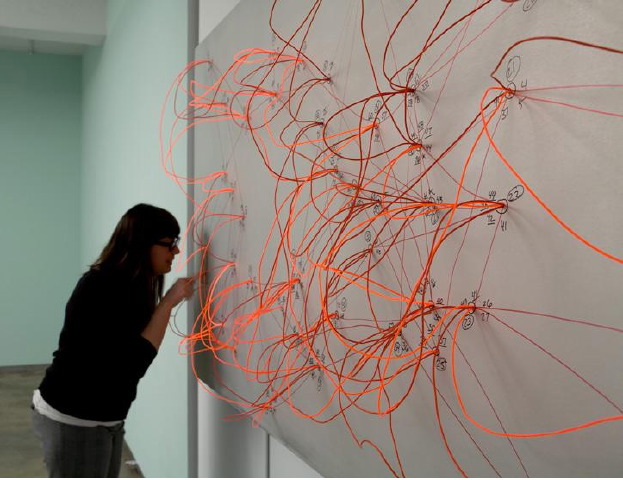 The first installation in the show was an interactive wall sculpture resembling a telephone cable patch bay and a network diagram built in the manner of a prototype. It featured two intercommunicators at either end. As you pressed a button and spoke into the intercom, the piece would generate a series of light patterns resembling network hops. This pattern of lighted cables would eventually make their way to the speaker at the other end and play back whatever sound you made a few minutes earlier. 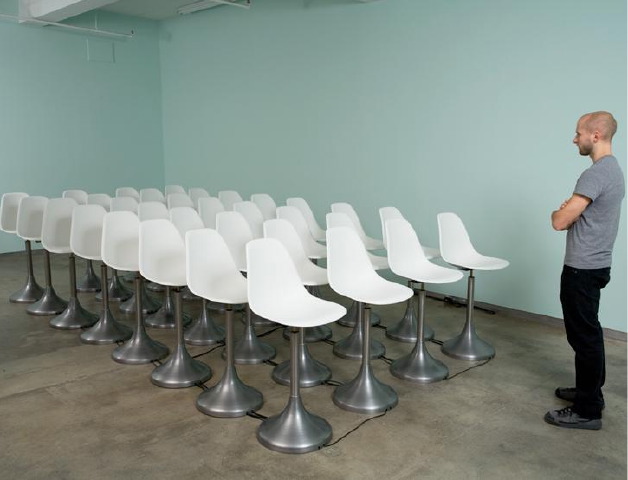 The second piece took up most of the small gallery space. It was an array of white plastic seats that would interpret your movements in the surrounding space and raise or lower the chairs in a manner resembling ocean waves. It was able to detect your movement by video tracking and some motion analysis software that was displayed on two small screens next to this piece.

After visiting the show and knowing Lozano-Hemmer’s previous work, it was hard to be impressed by these new works. They were rather uninspiring and gimmicky, and we ended seeing better art that cold day in other galleries in the area, such as a series of black and white photo portraits by Richard Avedon at Pace Wildenstein.