The third edition of PICNIC saw a pioneering, cross-media, creative innovation program attracting over 8,500 creative and technology professionals from more than 100 countries, and over 3,000 viewers for the PICNIC live video stream, proving that PICNIC has evolved into a *must-attend* international platform for collaborative creativity – where everything down to the bottled water is a tecchy, offbeat innovation. 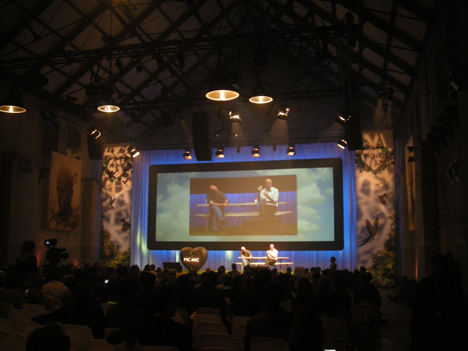 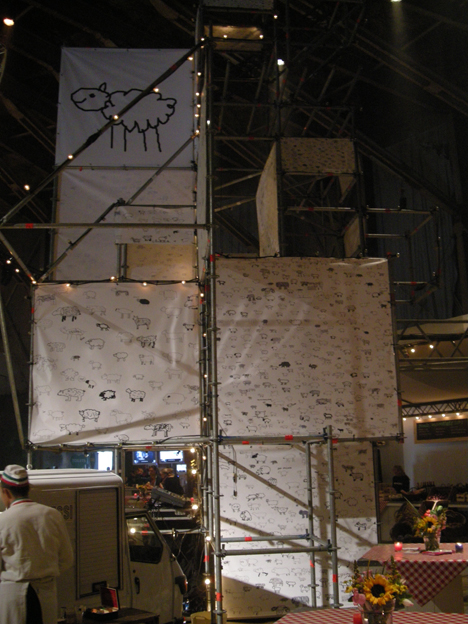 A plethora of guests from the international cross-media scene included Aaron Koblin, who’s phalanx of 10,000 sheep drawn by random strangers through Amazon’s task-distribution mechanism The Mechanical Turk surprised and delighted viewers; Marcel Wanders, who was chairing the Paint the World Orange award to brand the Netherlands as an international creative leader; Genevieve Bell, anthropologist and director of user experience at Intel’s Digital Home Group; photographer Levi van Veluw; and Hicham Khalidi, director of TAG, The Hague’s platform for contemporary developments in visual arts and music in relation to technology and pop culture. 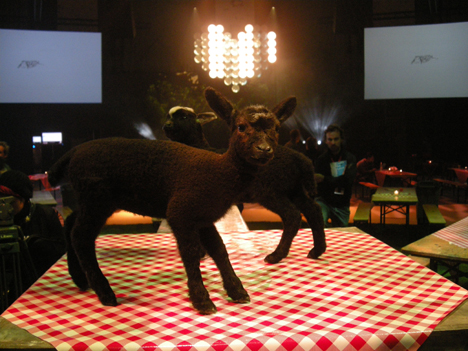 Alternating Hands-on, Do-It-Yourself sessions on new ways to use the city as design-space for distributed, sustainable energy production, with reflections on the theme by some of the 20 participants, the Green City Lab run by the WAAG Society embodied the PICNIC keywords “creative innovation”.

A program of inspirational side events ensured visitors could avoid *too much information* syndrome, as a bookshop, an E-Art Dome by Virtueel Platform and Cinema Dome by Submarine Channel offered respite from the barrage of expert information sharing.

The latter offered guests a chance to sit back and relax, presenting a carefully curated selection of audiovisual treats, including the world premiere of “internet of things” documentary Infomania, highlights of Submarine’s own ‘Forget the Film, Watch the Titles’ channel, and launching the much-anticipated book+DVD ‘Modern Living – The Graphic Universe of Han Hoogerbrugge’. 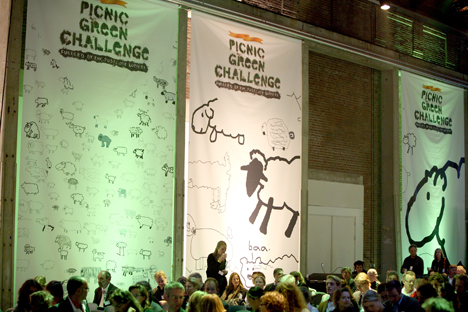 Start-up and established individuals and companies were awarded for outstanding achievements in creative entrepreneurialism, the highlights being a 600,000 Euro Green Challenge award to American 23-year-old Eben Bayer for his “Greensulate” insulation material that consists of biological waste material treated with special fungus; and a development budget of 50,000 Euros for the best artistic game to ´A Split Second´, a joint initiative by the Stedelijk Museum and SubmarineChannel.

The Mediamatic Hackers’ Camp, which had PICNIC visitors participate in a number of highly popular RFID Games on the grounds, proved just how PICNIC’s inter-disciplinary knowledge-sharing plus easy access to state-of-the-art technology has created an epicentre of cross-disciplinary creation – from 3D worlds to ‘augmented reality’ and from DIY power generation to the development of service design concepts.
And for those of you who just couldn’t get enough, fear not! PICNIC’08 saw the introduction of PICNICTV, which will broadcast a monthly programme on developments in media, technology and communication throughout the year.