From September 12-14, the dancing denizens of New York saw the first electronic music festival in that city. The inaugural Minitek Festival brought together the likes of Matthew Dear (under his Audion alias), M.A.N.D.Y., Richie Hawtin, Heartthrob, Magda, François K, Heidi, and plenty of others. For two days and two nights, from deep in Brooklyn to Manhattan and back to Brooklyn’s Studio B., there were…delays, limp soundsystems, changes of venue, timid DJ sets, slack crowds, and an egregious lack of communication. 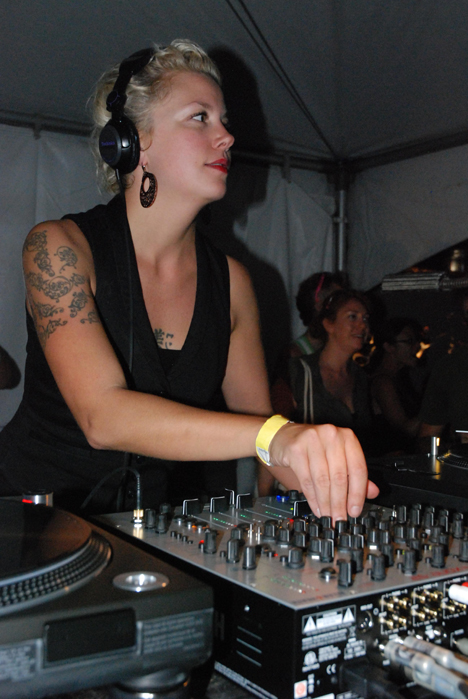 To be fair, it was an audacious undertaking by first-time festival organizers Minimoo. They dreamed big–techno-shy New York would finally be treated to a “techno and innovation” festival to match the city’s scale. Sadly, the outcome was that the city isn’t compatible for Berlin-style non-stop weekend parties. And, even more disappointing, the organizers, all 6 of them, should have known they were in way over their heads. New York is not the place for a trial of something on this scale.

Those who showed up for the opening on Friday night in Manhattan’s Penn Plaza were supposed to be treated to 360 degrees of video screens and an all night party. Instead, they encountered non-moving lines and brash policeman. By the time everyone got in, the party was shut down due to the venue reaching capacity. Organizers had no explanation for the for the early closing, other than that “the venue misrepresented their certificate of capacity.” As it turns out, miscommunication–with the city, sound personnel, festival goers, police, and even volunteers–seemed to be Minimoo’s forte. See their explanation here.

The mishaps continued on Saturday morning in Coney Island, Brooklyn. At the opening time, at 10:00 am, the following small handwritten signs appeared at the entrance: “Due to rain we are experiencing delays, we apologize for the inconvenience, chill & get a hot dog! Thanks ya’ll!” There were supposed to be two stages, Purple and Mint, with sets going from 10am to 12:00pm. One of the stages didn’t end up opening until late in the afternoon. The resulting delay pushed all sets back. To make up for the 5-hour delay, DJs tag-teamed on sets, each one playing a track to two. 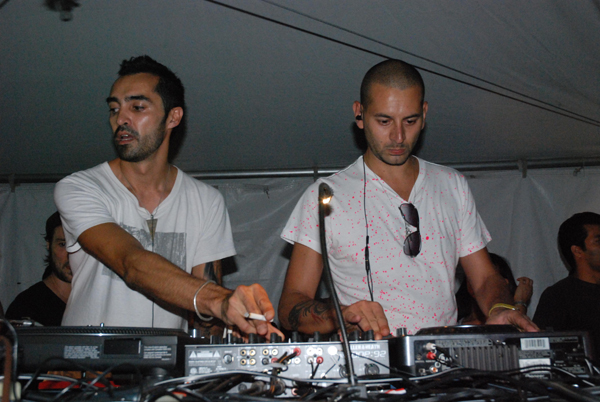 Audiofly and Heidi made the most of this arrangement. They traded jangling melodies and atmospheric electronic house for a few records until Audiofly took over control of the decks for nearly an hour. 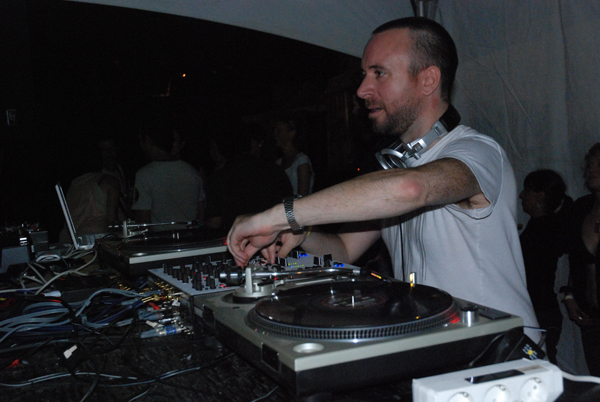 Jeremy P. Caulfield’s set was full of the dark, stripped-down minimal that is characteristic of his label, Dumb-Unit.

When I got there in the afternoon, I saw an amorphous pack of DJs and fans behind the decks on the Mint Stage. It was hard to distinguish the fans from the professionals, those dancing from those supposed to be making music. The atmosphere was that of an impromptu backyard after-party. It was a free-for-all, with cracking audio, flaccid bass levels, and everyone not know what’s going on. It was far from an event billed as a showcase for “the most exciting electronic music talents from around the world.”

By Sunday, despite a few more delays and an early closing, the festival came off nearly as it was advertised. The crowd treated it as a chance to make the most of a unfortunate situation, and DJs finally got some memorable sets in. In that sense, it took three trials (the shows on Friday night and Saturday and night) for Minitek to get things right. This should give hope to those who want Minimoo to attempt another Minitek next year. But, realistically, after this catastrophe, isn’t it clear that we can’t expect New York to host never-ending electronic music parties? Or, isn’t it clear that New York is not techno?