Daniel Belasco Rogers was born in London in 1966. After a foundation at St Martin’s College of Art, he studied Stage Design in Nottingham between 1986-89. In 2001, after many years working in experimental theatre in the UK, he started making solo lecture performances that investigate personal history through accidents and the process of the projection of one city onto another. 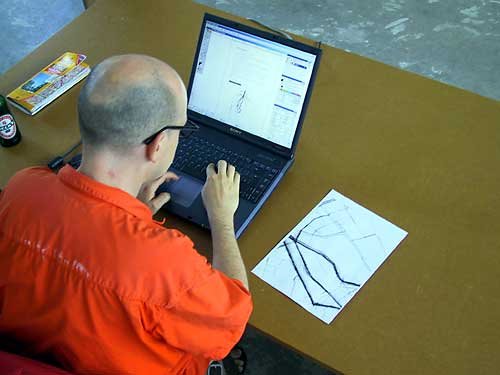 Since April 2003 he has collected every journey he has made with a GPS, exhibiting maps of the resulting drawings and making performance lectures about this activity. In 2002 he formed plan b with his partner, Sophia New. Together they have made performance, gallery installation, new media and audio pieces in the UK, Germany, Austria, Switzerland and Belgium.

Could you explain briefly what you understand by “map-making”?

When it comes to describing what we do, I think I mean it very practically. I describe what I do on my web site as ‘The Daily Practice of Map Making’ because I want to stress that it is an ongoing activity. Maps often have this air of authority. Our traces are the daily movements of two individuals following their daily lives. We have a GPS with us all the time and turn it on when we leave a building. We record every journey we can and collect these into maps which we represent in a number of ways, either printing them out or making computer animations. 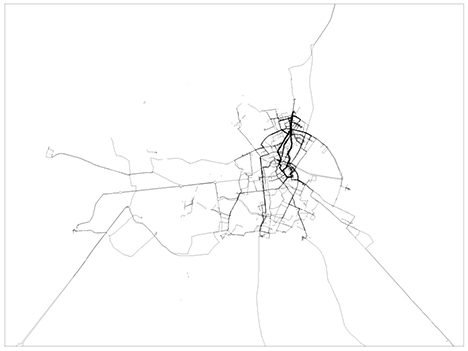 How and when did you start?

I started in April 2003, after I assisted my friend Miles Chalcraft on a project he was making in Scotland as part of his residency in the Makrolab. It was there that someone had a small, basic GPS. I realised that it could automatically do what I had begun to do anyway and that was make a note of everywhere I went. The initial impulse was to note down every new street in Berlin and when I encountered it and watch myself learning about the city: I have this idea that you ‘join a city up’ when you start to spend time in it and all the isolated places you visit at first start to form a related network, just as I imagine the same process happening in your brain cells as they learn a new activity.In January 2007, Sophia began to record every journey she makes. We not only live and have a daughter together, we make work together as the company ‘plan b’. Our work often deals with the intimacies of a relationship and the fine detail of daily life and we were excited about the prospect of mapping the times when we were together and the distance between us when we are apart. This work lead to the exhibition we recently took part in in Aberdeen: ‘Recoded: the Landscapes and Politics of New Media’ 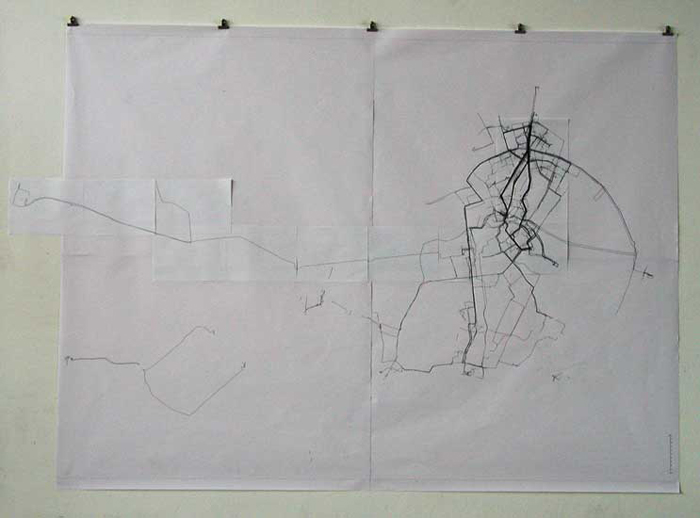 Do you make maps every single day?

We collect the data every single day we step outside a building. For an exhibition that I have just been in in Berlin, I sent a map to the gallery every day for a month. I presented each day’s journeys on an A4 pdf that they printed out and hung on the wall. This was the first time I really produced a map every day. Usually I download our data every two weeks and update the large map I have on AutoCAD each month. From this programme I produce the prints, zooming in to different cities and turning months on and off.