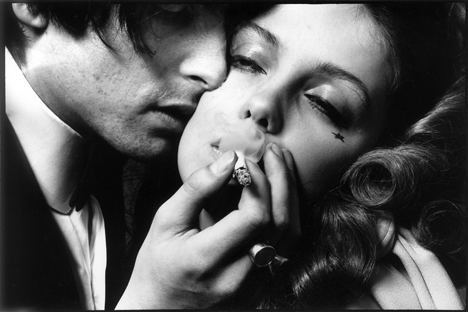 His field trip photos line up along the entire gallery wall. I see his love for the country – America – and his suspicions of the American government all at same time. There is always an aspect to his work which is calm and quiet; but some his spirit looks for the truth through his sketches. There is always some artificiality in fashion photography, but he makes it stand out in front of the cynicism and all of a sudden the person in the photo gains personality. He uses the shooting set as a subject at times, and uses a mirror as a metaphor for artificiality. His approaches make reality and virtual images coexistence in a single photograph. This asks us to consider what photography is meant to reflect. We can see his photographic roots blow new life into fashion photography. 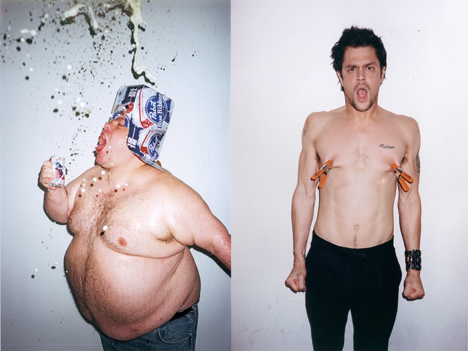 Meanwhile, Bob Richardson’s son Terry Richardson’s Exhibition opened in Laforet museum of laforet Harajyuku. The work featured photo shoot form the set of American MTV show Jackass. Sometimes he also becomes a subject in his photograph. The crazy feeling of his photos embodied the title Jackass. Despite the distance from the subject, Terry manages to capture energetic which revives the momentum from the actual shoot. Terry is always rebellious fashion photographer who only uses a compact camera. His sensational punk method brings rawness the usual fakeness of fashion photography.

The unique power of each photographer made it apparent why the father-son exhibitions could not be held together in the same place. Both show reality against the fakeness and expectations of fashion photography but differ in the changing style of their respective times. The family portrait featured in retrospective exhibition Terry selected for his late father leaves a strong impression of Terry’s humanity who came to Japan for the special event.