People leave their home for various reasons; some in need for work to support themselves financially, some desperate to move because of wars or other forms of tragedies, and others longing for progress in life. People moved to places for their own dignity or their activities, and various artists from the 20th century also migrated away from their homes; from Pablo Picasso, Man Ray and Salvador Dali, to Jonas Mekas, and Nam June Paik. 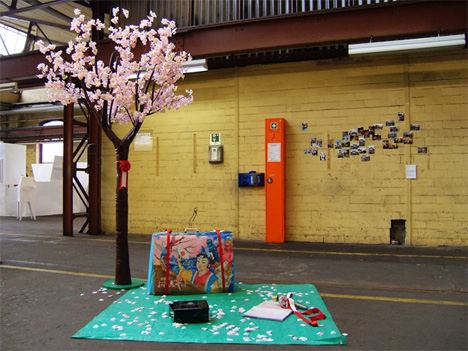 Introduced here was the exhibition, Camp Berlin, based on the theme of “migration” to showcase works in a platform, which appeared to be an exchange program between Hiroshima City University and the School of Art and Design Berlin Weissensee. It was run by Hiroshima Art Project. It was interesting that most of the participating Japanese artists were based in Germany, and also, out of over 30 artists, most of them had an actual experience of the theme as they had migrated from one place to another. 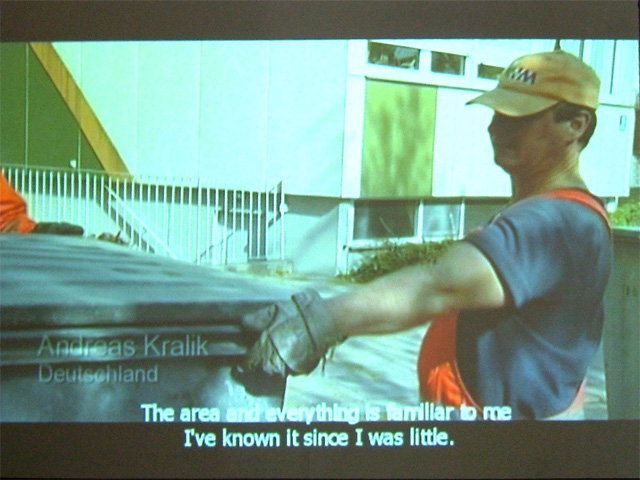 Many of the works were produced based on the given theme; a work by artist duo, Empfangshalle, features a long documentary capturing the labor workers who moved to Germany; another artist, Raul Walch, took photographs of the farms in Spain where immigrants work, and also exhibited the green house and the concrete blocks, which were used in the farm. Both of them raised the question of consciousness. 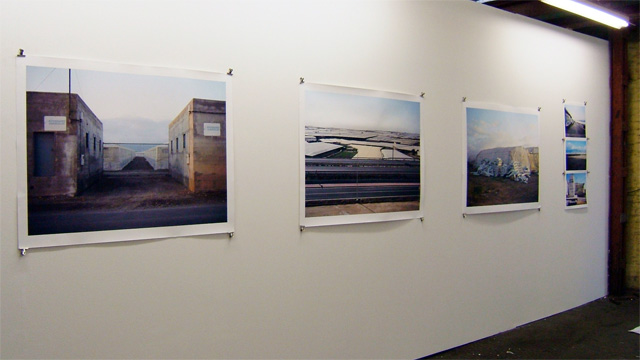 To mention some additional notes on the Raul Walch work – in the farms in Walch’s photographs excessive amount of plants were cultivated to be sold solely in Germany, and the workers were not Spanish but mainly from South Africa. Such reality was captured well in this work.