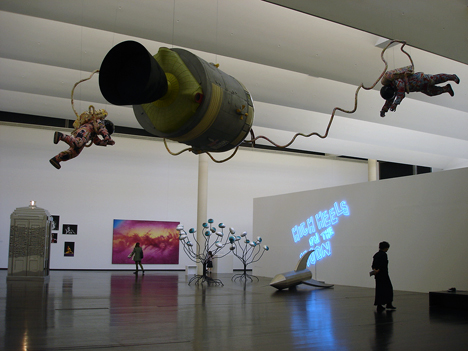 In Japan you may imagine a quiet residential area when you hear the word “suburb.” But in France, the suburban areas are where low-income groups and immigrants move to avoid high rent in the urban districts. And lately, it has been hard to keep the peace in the suburbs outside of Paris. 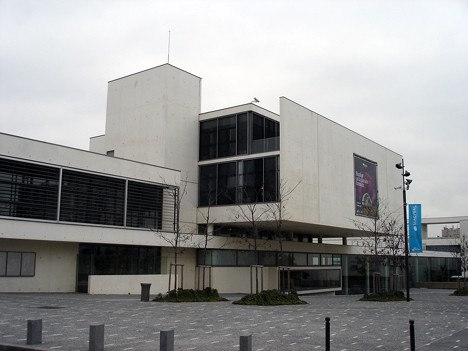 The museum, which was built by Jacques Ripault, opened in November 2005 in the suburban city of Vitry. After 20 years of deliberation, the prefectural assembly chose Vitry because the location is symbolic of its cultural policy to promote contemporary arts. 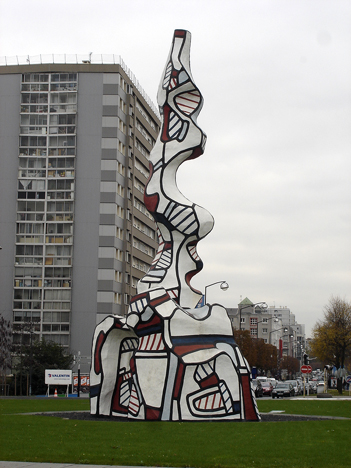 After arriving at MAC/VAL by taking the metro and bus from Paris, the first sight is a gigantic sculpture by Jean Dubuffet beside the bus stop. 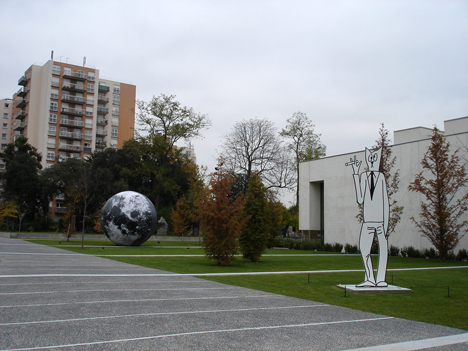 Located in the middle of the city of Vitry-sur-Seine, the museum is surrounded by a 10,000-square meter park planned by Gil Wechsler. The building houses more than 1000 pieces of art, from collections mainly from the 1950’s up to now. 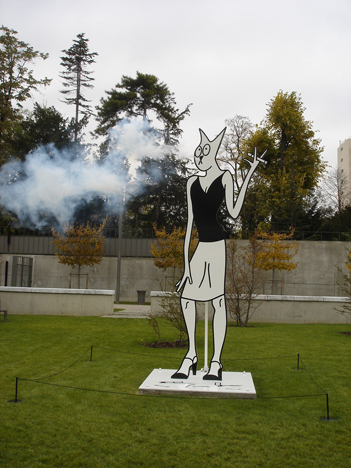 A work by Alain Sechas. Smoke comes out every time she smokes.