On the very day of event, I was worried about a number of visitors because of the rain from the morning in open-air venue and also I had to write a report on this. This is well know oasis for New Yorker, the middle of Manhattan, Central Park, where I myself occasionally visit for a change of air.

I saw some people waiting in a queue at the entrance and heard some noise from the stage when I got to there. People on the street in the park seemed to take a load on their mind. These atmosphere made us feel very excited. 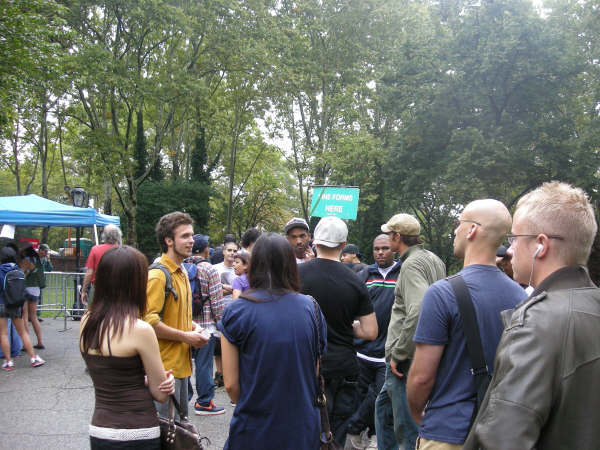 This title NY-Tokyo Music Festival tells this event that connects cultures in both New York and Tokyo through the music. Japanese fashion attracts not a few fashionable lads here in NY including today’s guest, NIGO’s brand, BAPE etc.

I can tell you that just like Japanese people are often influenced by New York, and vice versa not only in fashion but also various fields. There was alive with people around new-released TV game and Skateboard sections. Some picked up beer at fastfood booth and waited for the show. 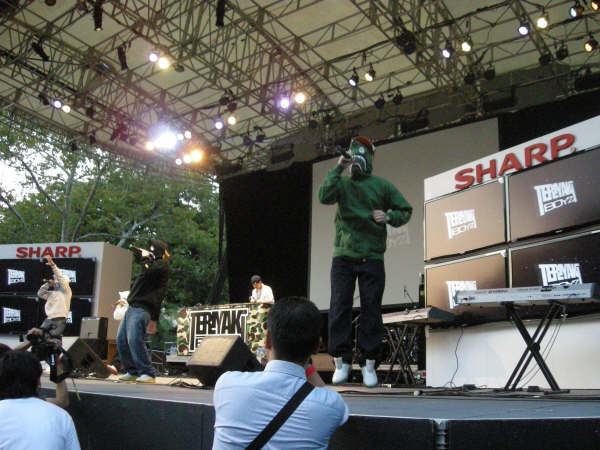 Rain stopped before the opening and the weather would have done for the concert. DJ booth was set in the middle of the stage, and big screens were both sides that showed motion graphics reacting to each artists. 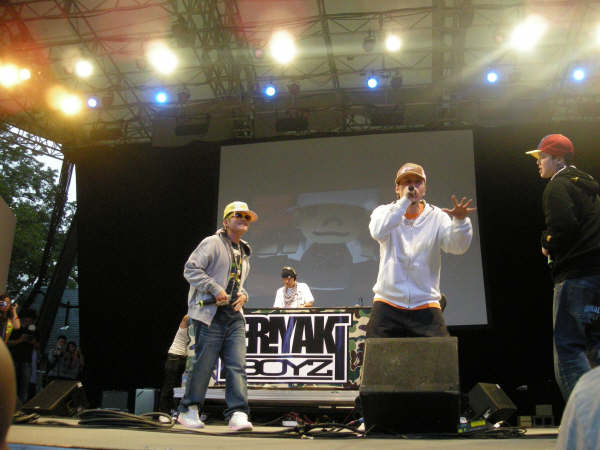 Someone covered his face with hood wearing sweatshirt with dinosaur’s head by BAPE appeared on DJ booth. I recognized it was NIGO soon later. Other members also showed up covering their faces by BAPE’s sweatshirt. Needless to say, he led the audience excited by his English MC performance, got them run high.