Students holding placards in a mock protest greeted visitors as they entered the stately 1950s Soviet-designed Shanghai Exhibition Center on opening night. I had been looking forward to SH Contemporary 2007 even before I arrive. Yet now I’m walking awkwardly past rows of students, slightly taken aback by the unusual welcome. Perhaps a revolution of the artistic kind will be in store tonight. 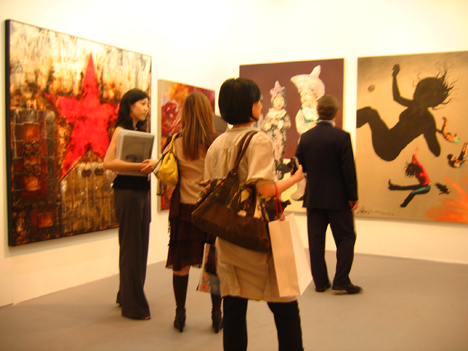 Outside of the usual gallery formats in art fairs, SH Contemporary places exceptional focus on the artists. “Best of Artists” comprises of works by 15 emerging artists Huber had personally sourced from various parts of Asia while “Best of Discovery” presents 20 artists from different generations and genres with potential in the international art market.

True enough, the hype paid off. The inaugural art fair attracted over 25,000 visitors in its four day run and generated sales that got the dealers and galleries smiling, among which a sculpture by the late Korean-American artist Nam June Paik was sold for $450,000. 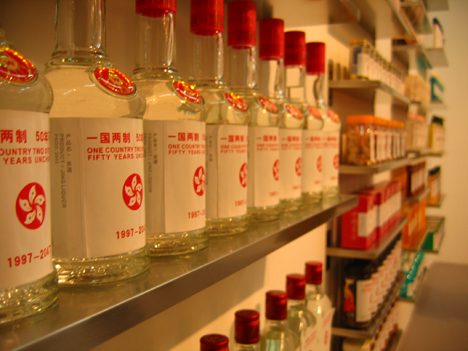 Unlike the myriad of exhibitions and art shows held in China in recent years, SH Contemporary does not pride itself solely on a showcase of Chinese contemporary art. Instead there are plenty of Western galleries and an international selection of artwork ranging from heavyweights such as Yoshitomo Nara, Zhang Huan and Wim Delvoye to unknown young upstarts.

I’m impressed to see a number of Korean galleries at the fair too. Actually, I’ve never paid much attention to Korean galleries before and they have some rather interesting pieces, like Lee Bae’s gorgeous minimal black/white strokes and blobs.

One of the visitors to the fair, Shanghai resident Eric Leleu admitted he had paid more attention to the photography works at the art fair. As a photographer himself, he has some interesting opinions on young Chinese photographers. 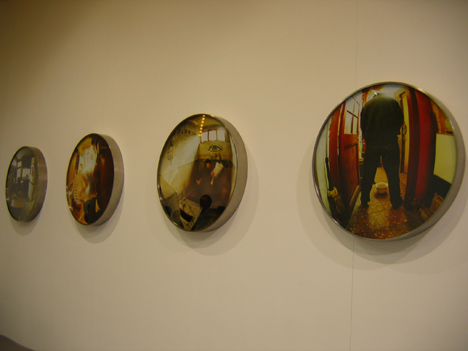