In its second year, Summercase festival has become one of the most important music events in Barcelona, challenging veterans Primavera Sound and Sonar. 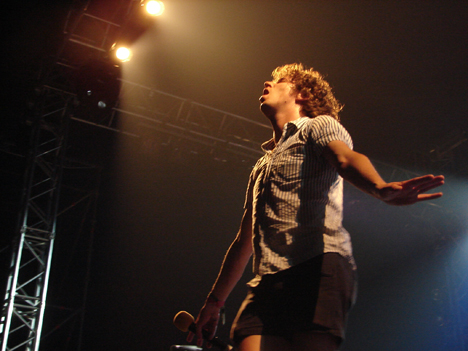 One of the big differences and maybe the most valuable point for the Festival is the fact that 75% of attendees are local or come from Spain. This point makes a big difference with the other two festivals that have nearly the same percentage of visitors from foreign countries.

This year the edition, celebrated simultaneously in Madrid and Barcelona, brought together over 109,000 people.

The 2007 edition lineup was a great combination of recognized artists like Air, The Jesus And Mary Chain, Arcade Fire, The Flaming Lips, P J Harvey, !!!, Bloc Party, The Chemical Brothers, OMD, Jarvis Cocker and the best of new talents such as The Gossip, Lily Allen, The Glimmers, Editors, 1990s and The View, just to name a few. 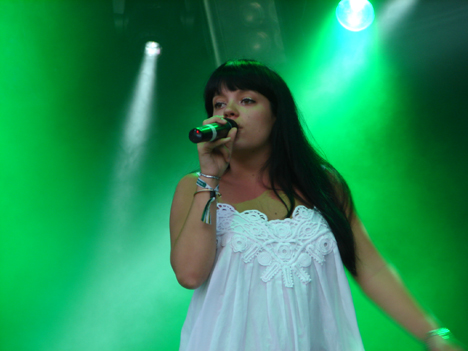 With this selected lineup the first day was frenetic in Barcelona Forum starting early with the Canadian band The Hidden Cameras playing their sweet melodic pop at the Terminal E stage. Right after, the young London princess of street sounds and sharp lyrics Lily Allen presented the songs from her debut album “Alright, Still”. 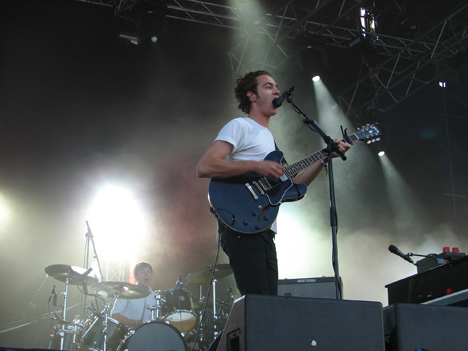 Meanwhile at the open air Terminal O, The Editors performed tracks from their second album “AN END HAS A START” combined with their well know hits from “SMOKERS OUTSIDE THE HOSPITAL DOORS”.

Later on at the Terminal S one of the most anticipated performances demonstrated that the tent stages have become too small for a festival audience. But PJ Harvey playing a solo concert with a guitar and dressed like a princess was a really special moment at Summercase. 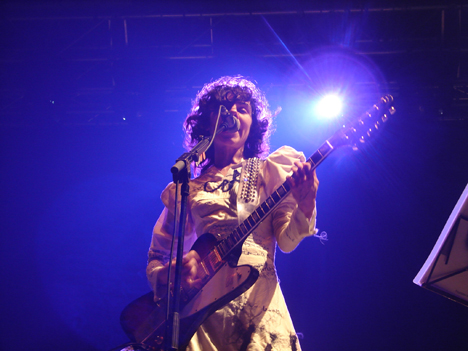 The differences are a fundamental piece of the Summercase artist selection, after PJ Harvey’s intimate concert, the open space Terminal E hosted an exuberant show by The Flaming Lips. 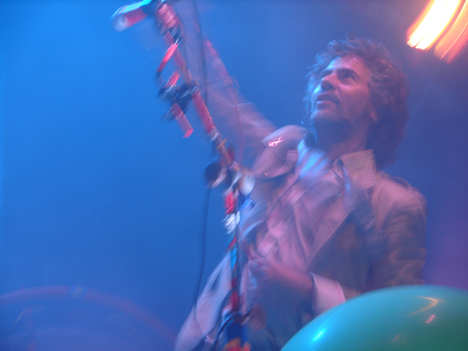 This time the Oklahoma guys lead by a euphoric Wayne Coyne brought all the toys with them, huge green balloons, confetti, laser lights, more than 20 people on stage dressed as Santa Claus and some other characters. The Band played a big selection of new and classic hits. The only thing to add is that this show is the same they presented a year ago, so hopefully next time something will change in their show. 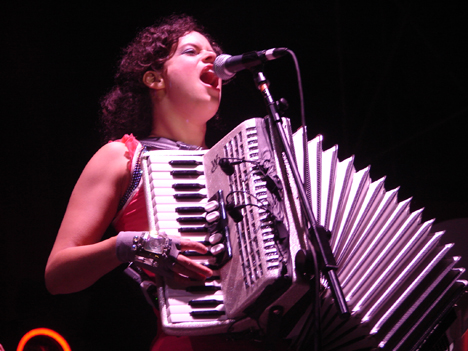 After midnight Terminal O was packed to hear one of the festival’s heavy weight names The Arcade Fire, the band with their energetic attitude and rising sound were for sure the best show in the Summercase ‘07. The Arcade Fire reviewed their epic album “Funeral” and also presented their new album ” Neon Bible” that is already another big success.

The first day came to an end with a presentation from the disco glam act the Scissor Sisters bringing the frivolous and party time fun to the Forum.

The dancing time kept going till Saturday mourning guided by the 2Many Dj’s that once again made people get crazy and dance till the end.