There was a hot spring next to “LUNAR STAGE” and this day, it was 24-hours nonstop. There were those who already headed for it around p.m. 7. They went cycling in the daytime? Or got tired from a long way?? (In fact, I soaked it before the festival started and an open air bath was good. Women who seemed to be frequent were chatting with the event “Today, sounds funny.” “I’ve heard there will be a musical event.”) 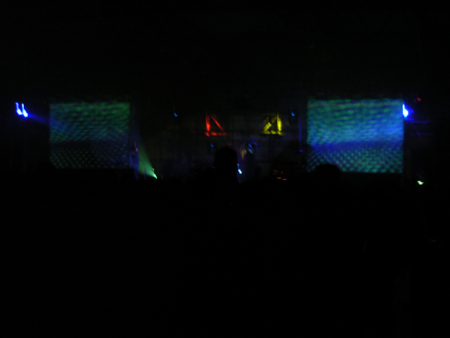 After I enjoyed dancing hard to the beat of DJ Q’HEY’s techno and Sebastien Leger’s percussive DJ, I went back to “SOLAR STAGE” to find the show by Sleepwalker featuring Pharoah Sanders. Jazz music with acoustic instruments and voice sound around the whole space and the audience were dancing with something like feeling high. 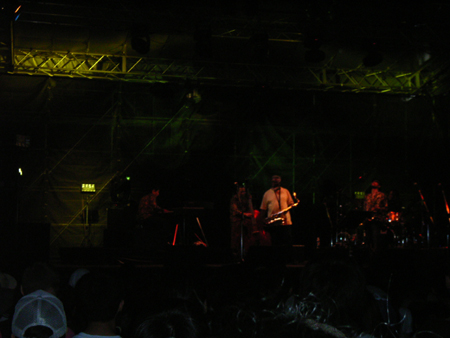 The show ended, and then I went see installations behind “SOLAR STAGE”. Firstly, I noticed an object of fluorescent light tubes. When I took a photo, I wanted to do a performance with half an ear. 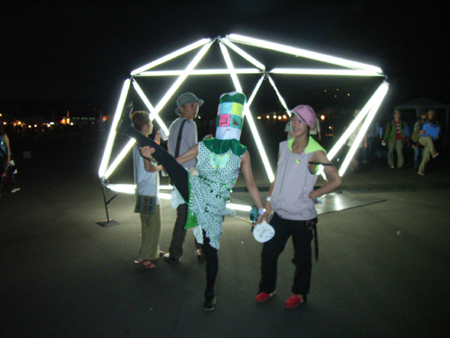 Later I knew the author of it is a former member of Dumb Type and now a dancer. Its form was so simple, but there might be atmosphere like that. 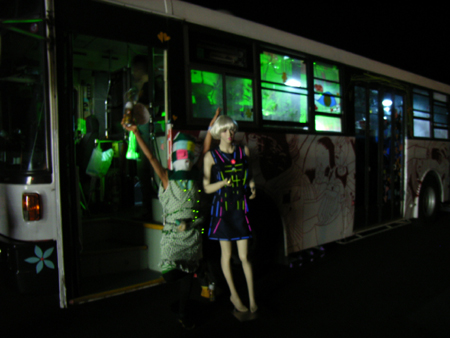 Walking more, there was an exhibit of a strange bus. (As a matter of fact, I was there to help this bus’s exhibit.) The bus is “Mobium“, a mobile gallery of 3D art. The inside was shining, so strange. There were implement, which perceives penetrator’s footsteps with a sensor and reflects image noise, and so on inside it, and many people who were interested at it got onto in sequence. Strange scene. 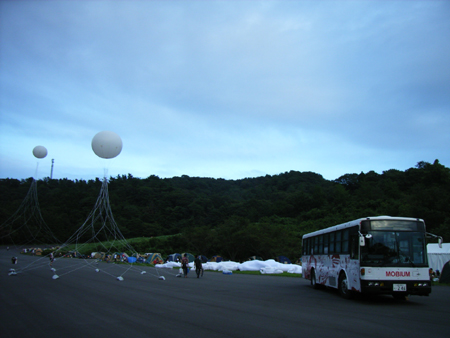 Behind it, there were annual Kottsu’s balloon and big white balloons like an animal with many legs. The object of fluorescent light tubes were by the team YCAM (Yamaguchi Center for Arts and Media). 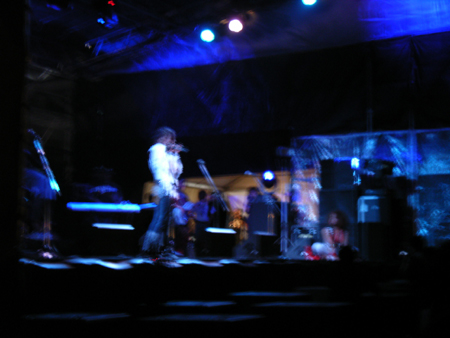 In the meantime, O.D.D’s show started. I didn’t know them at all and their profile was: “One of the member is Gabe Gonzalez from Parliament/Funkadelic, and a former Funkadelic’s member Mad Mike on guitar! The detail is wrapped in mystery.” Their were cool funk band and sexy. Moreover, I was interested at their appearance and sparkish moves.